In short: Roughly 40% of the mainland is finalized at this point. However, the project may be well over 40% complete when our WIP work is taken into account. Look at our Progress Report for more information.

In detail: The completed portion of the project is contained in TR_Mainland.esm; this makes up about 40% of Morrowind's mainland, stretching from the Telvanni Isles in the far north-east to the city of Old Ebonheart, just south of Vivec. This content is fully interiorized, NPC'd, and quest-filled, and is just as playable as the vanilla game.

That is not to say that this content will never be worked on, but it does mean that you should not expect major changes to happen soon. 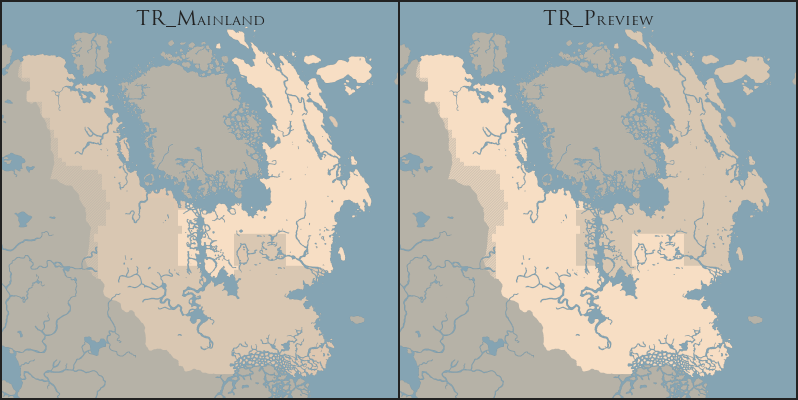 TR_Mainland is our fully released content, while TR_Preview contains areas still in development

The rest of our publicly-available work is contained in TR_Preview.esp, which makes up the rest of the mainland. This part is in various states of completion. Generally, the further away from TR_Mainland you go, the fewer NPCs and interiors you will see. The furthest regions may not have completed exteriors. You should expect major changes to happen to these regions with upcoming releases.

Time-wise, it's impossible to say when the project will be finished. It has taken over 17 years to accomplish our existing work, but that time was also split between side projects, reorganizing our development processes, interpersonal conflicts, and redoing very early efforts.
For more information on our progress, please look at our Progress Report.