This is a progress update for Tamriel Rebuilt, a major two-decades-old mod project for TES III: Morrowind, which aims to finish the development of the Morrowind province by adding the mainland to Bethesda’s island of Vvardenfell. Currently, roughly half of the mainland is complete and released to players, offering hundreds of quests and dozens of hours of gameplay.

For this month’s news post, we will keep things relatively simple and update you on what we have been working on since September. Although the school season has kicked in and slowed our progress compared to summer, Tamriel Rebuilt has not been sitting idle. We will take this tour in reverse order of our development pipeline, from quests to interiors, exteriors, assets and, finally, concept art. 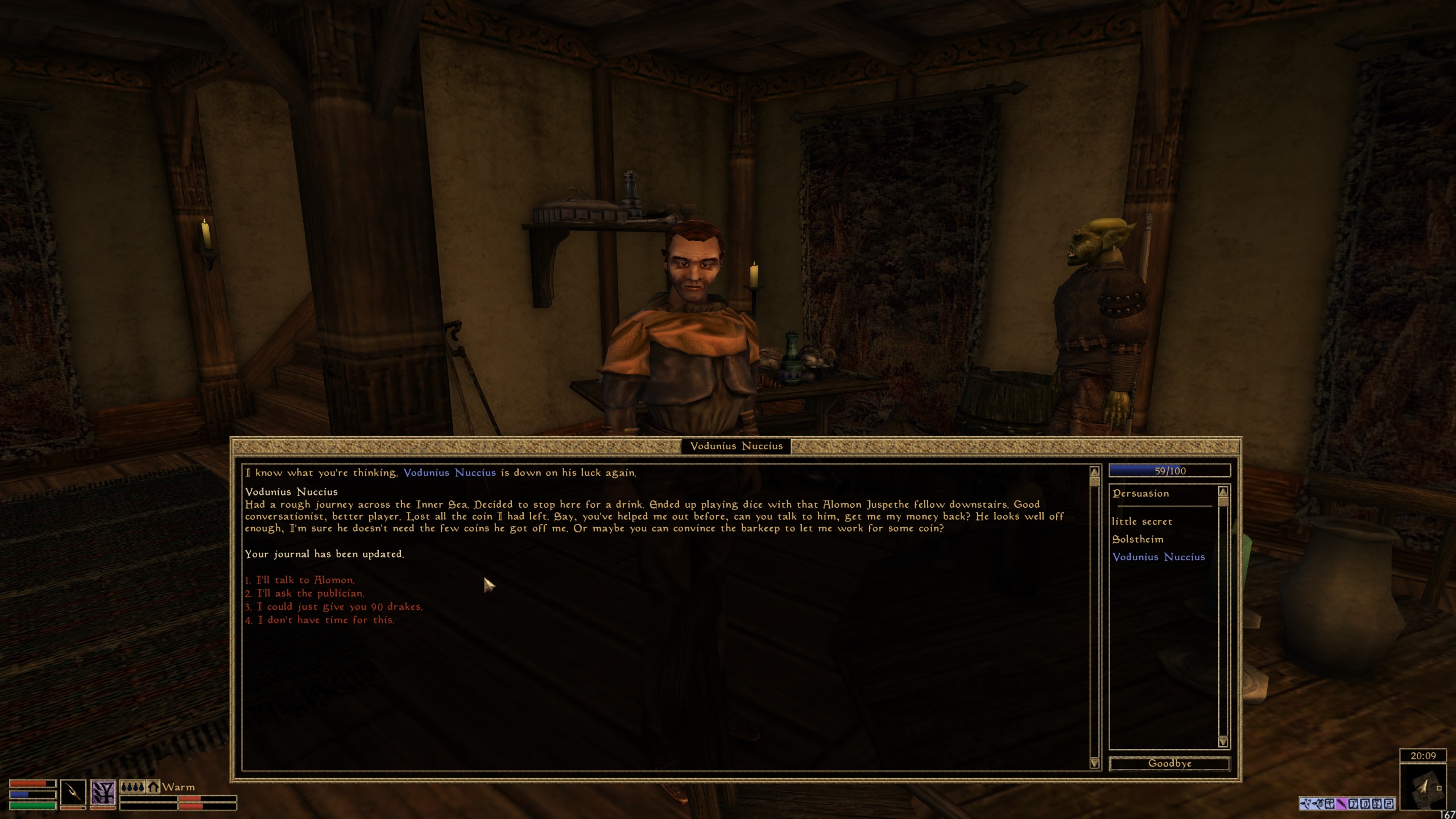 It is tough to show off progress with quests and dialogue; most of the claims are large and intricate and necessarily require dozens of hours of work from individual developers. Still, in the past two months, numerous dialogue claims and miscellaneous quests have been finished or even reviewed (which is where an experienced quest developer will help fix lingering style or technical issues), all for our upcoming Dominions of Dust release:

Everyone, no matter their skills, can help speed this work along by playtesting the completed or in-progress quests. If you are interested, come chat with us on our Discord.

The interiors department has been buzzing as ever, as more and more claims reach the reviewers or are merged into our in-development section files: 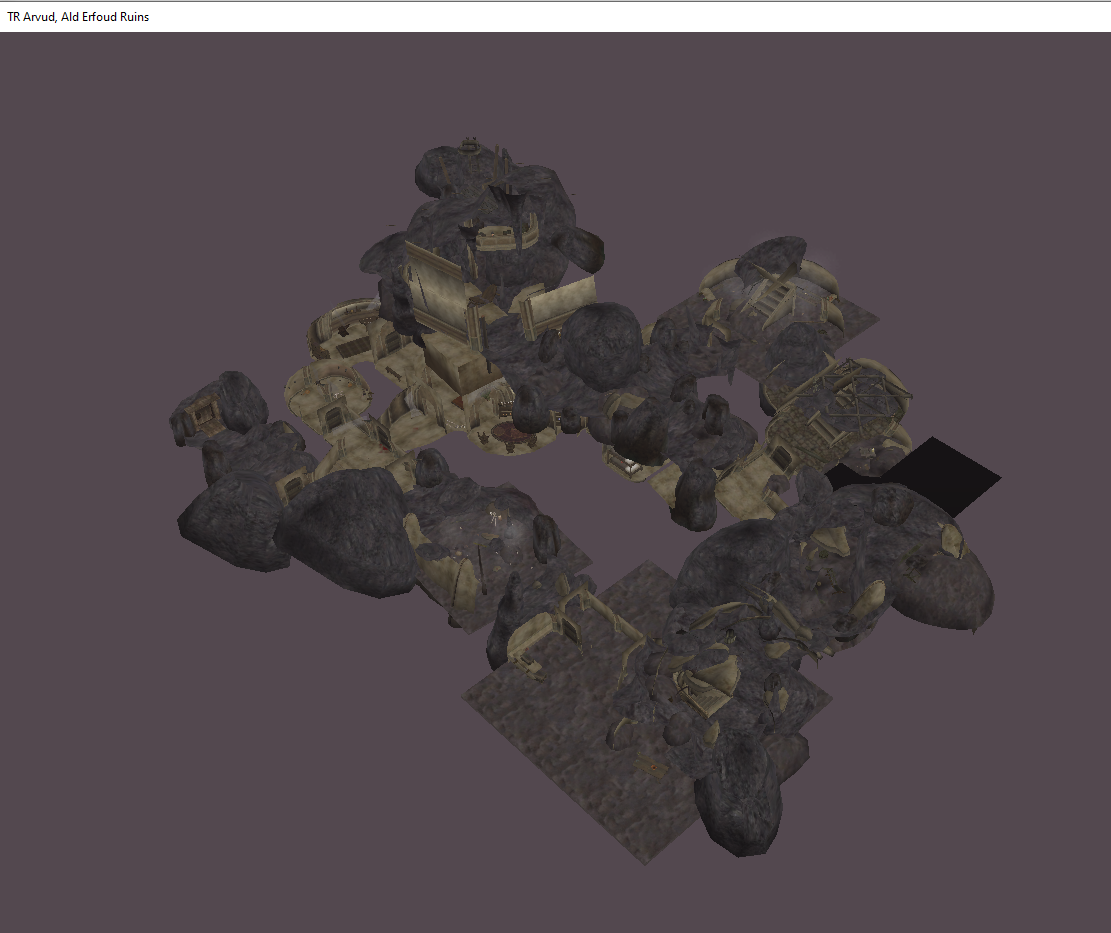 The ruins of Ald Erfoud underneath Arvud. Made by Vern. 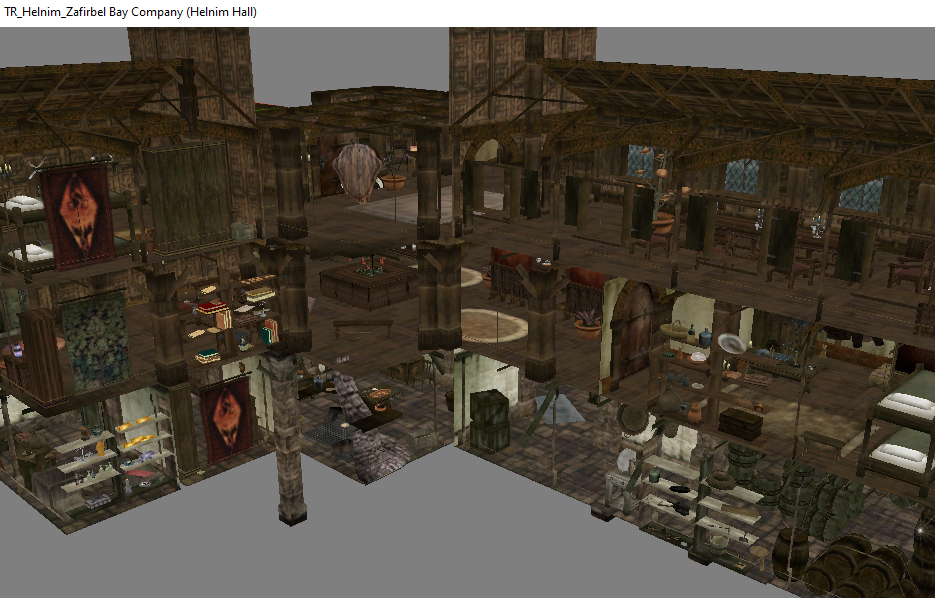 The tower guards the wealthy Adavrin Netch Ranch in the Shipal-Shin region.

The pace in the exteriors department has been slower, mostly due to a lack of open claims (something that 3D asset makers are quickly working to rectify; see below) and due to the reality that exterior claims simply are a lot of work: they consist of dozens of cells with several points of interest that usually take months to make. But the few claims that have been finished in the past months are simply stunning: 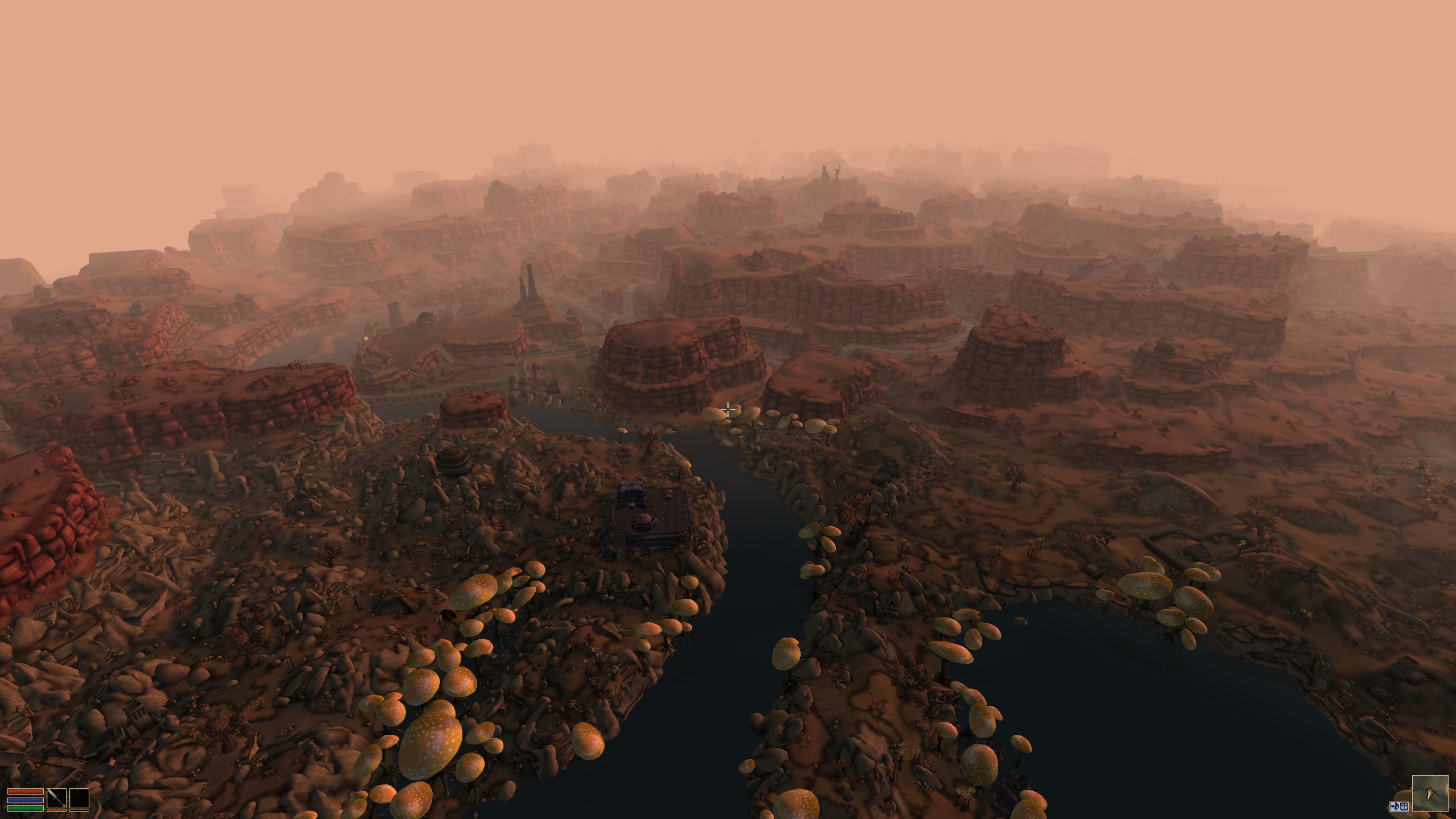 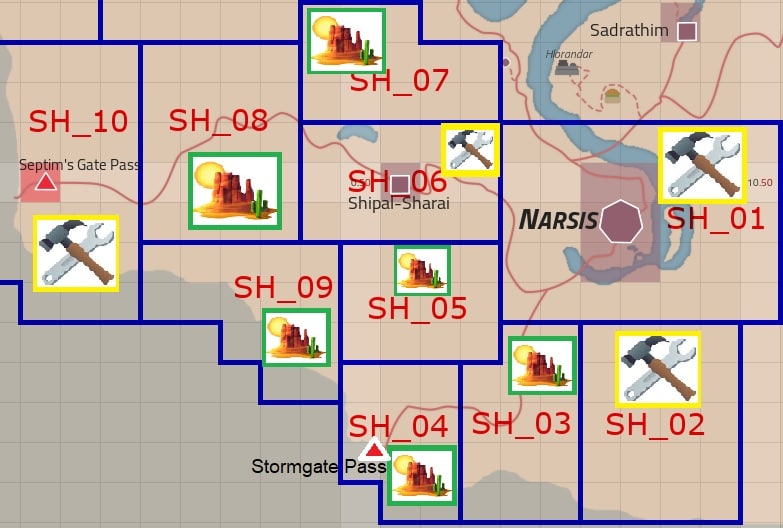 Next, we have to reckon with the manic pace of our asset department. At no time during the two decade history of Tamriel Rebuilt has the tempo of 3D asset creation been as rapid as in the past year. We are truly living the golden age of Blender 2.8+! Let’s dive into some of the latest additions to Tamriel_Data. 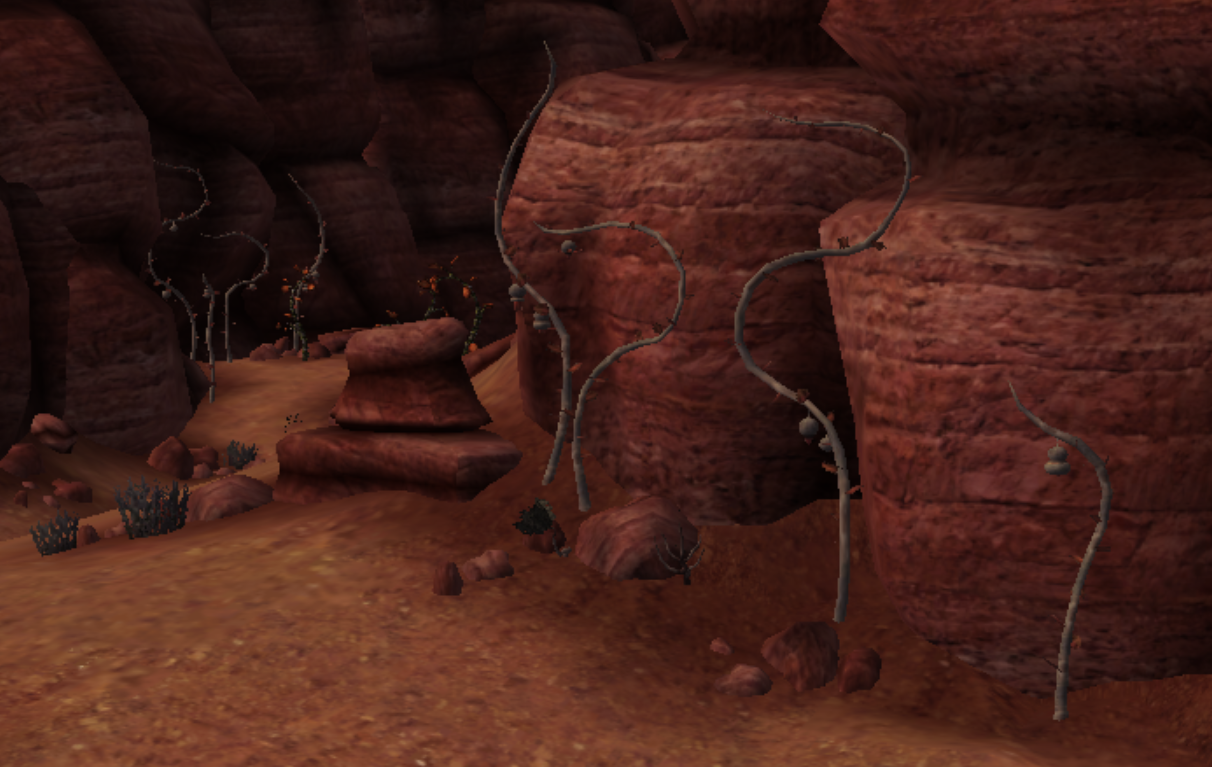 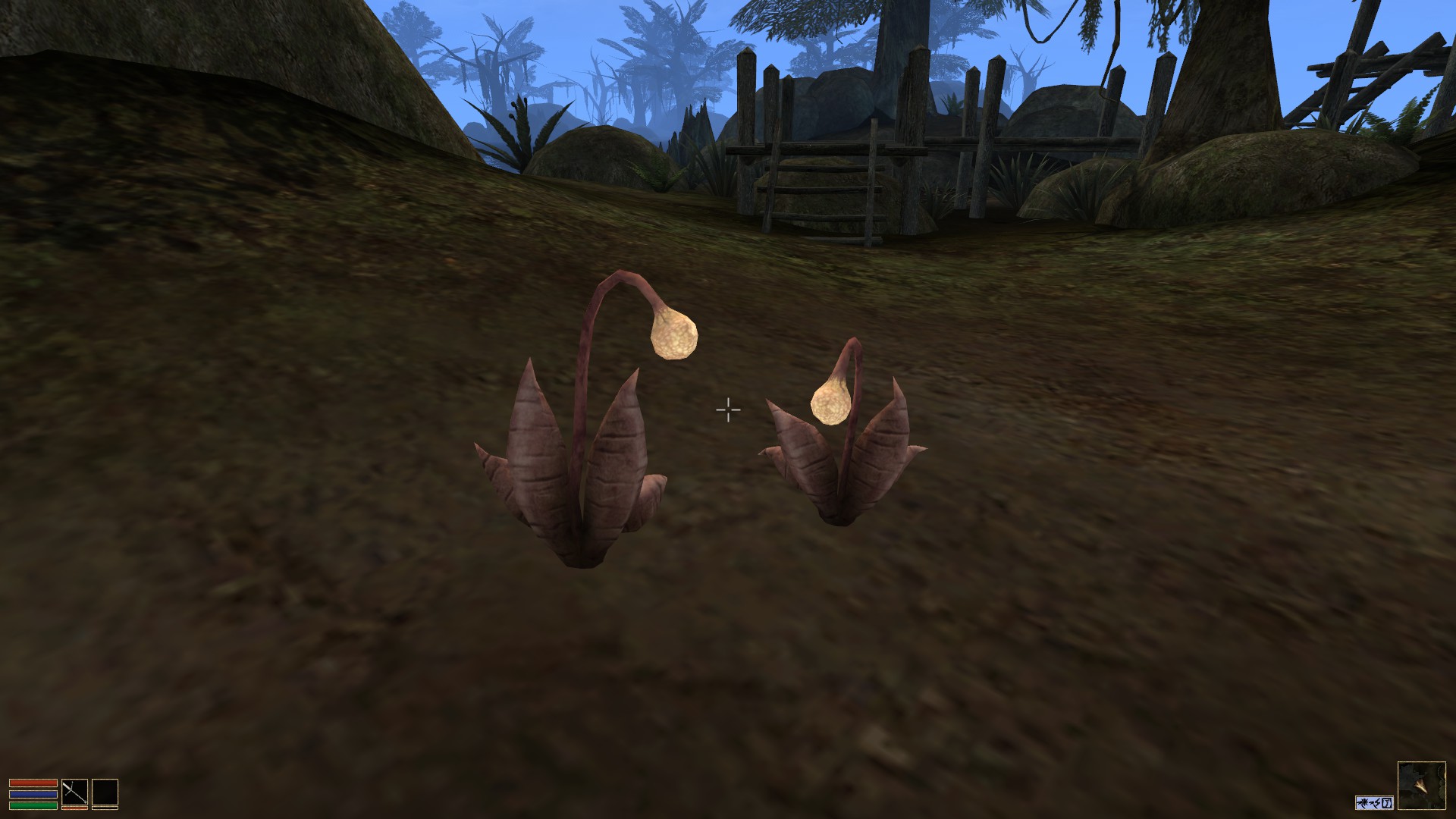 Imperial corner stairs by Hemaris. It only took the Morrowind community 20 years to make this indispensable asset. 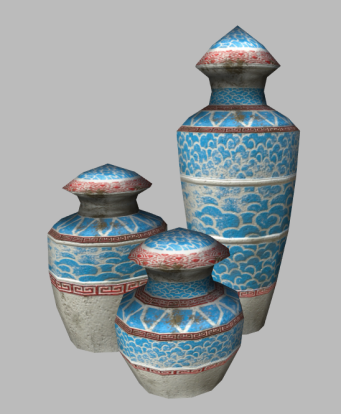 Urns from the distant island of Cathnoquey, for our new sister project Padomaic Isles and for the Firewatch College museum by the prolific Asylum. 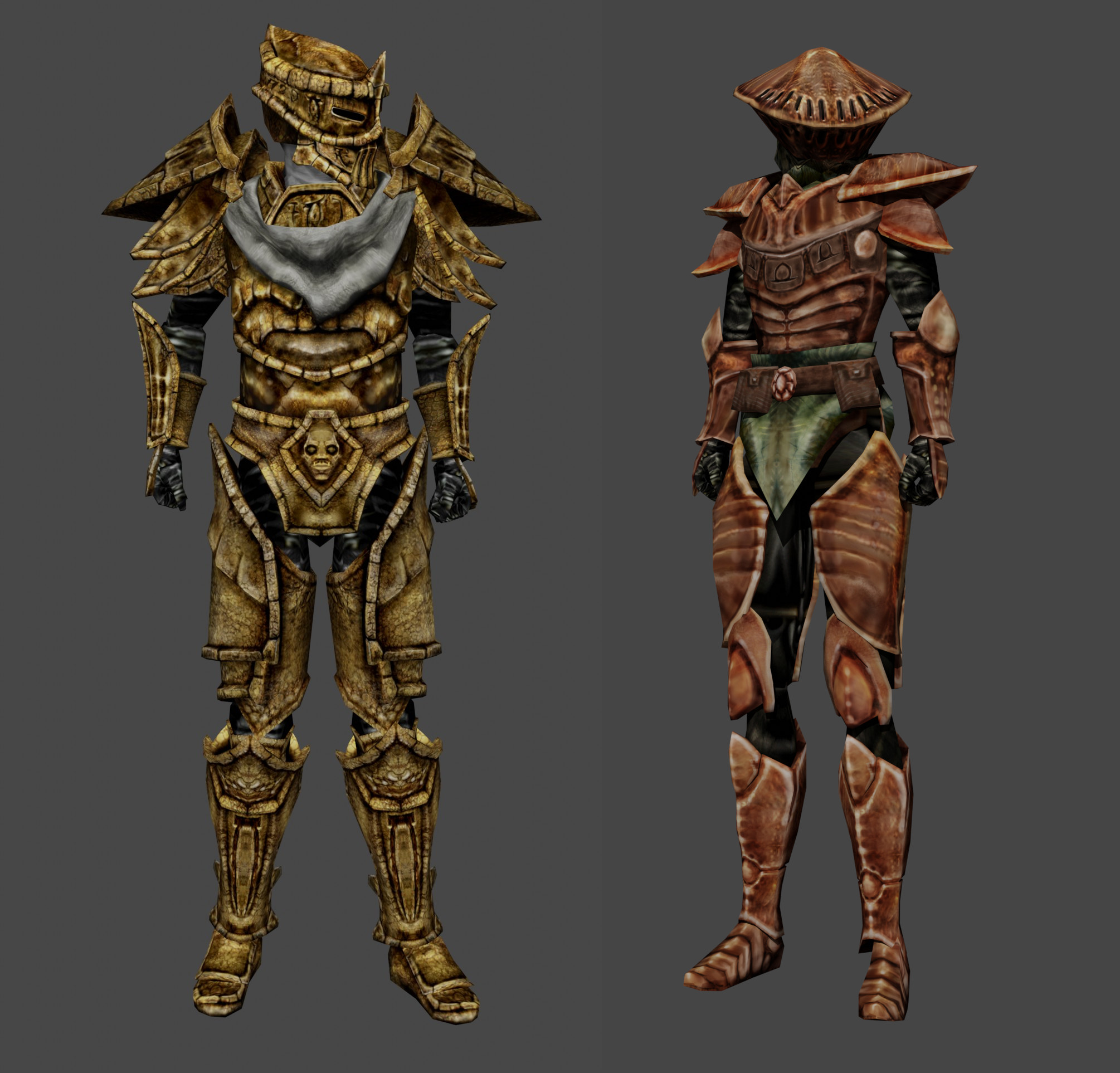 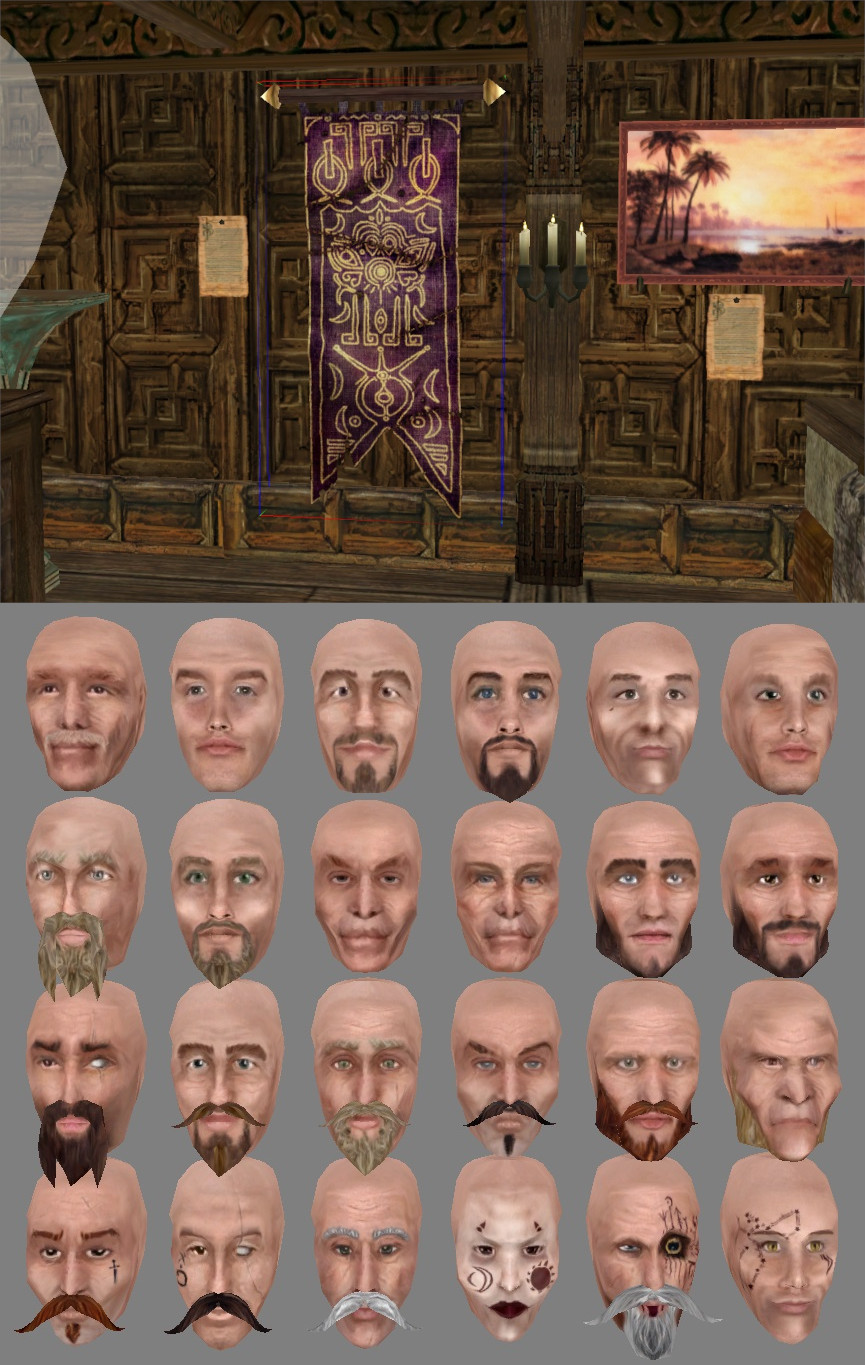 The War Banner of Prince Bashomon and revamped Breton faces by Rats, our resident polymath. 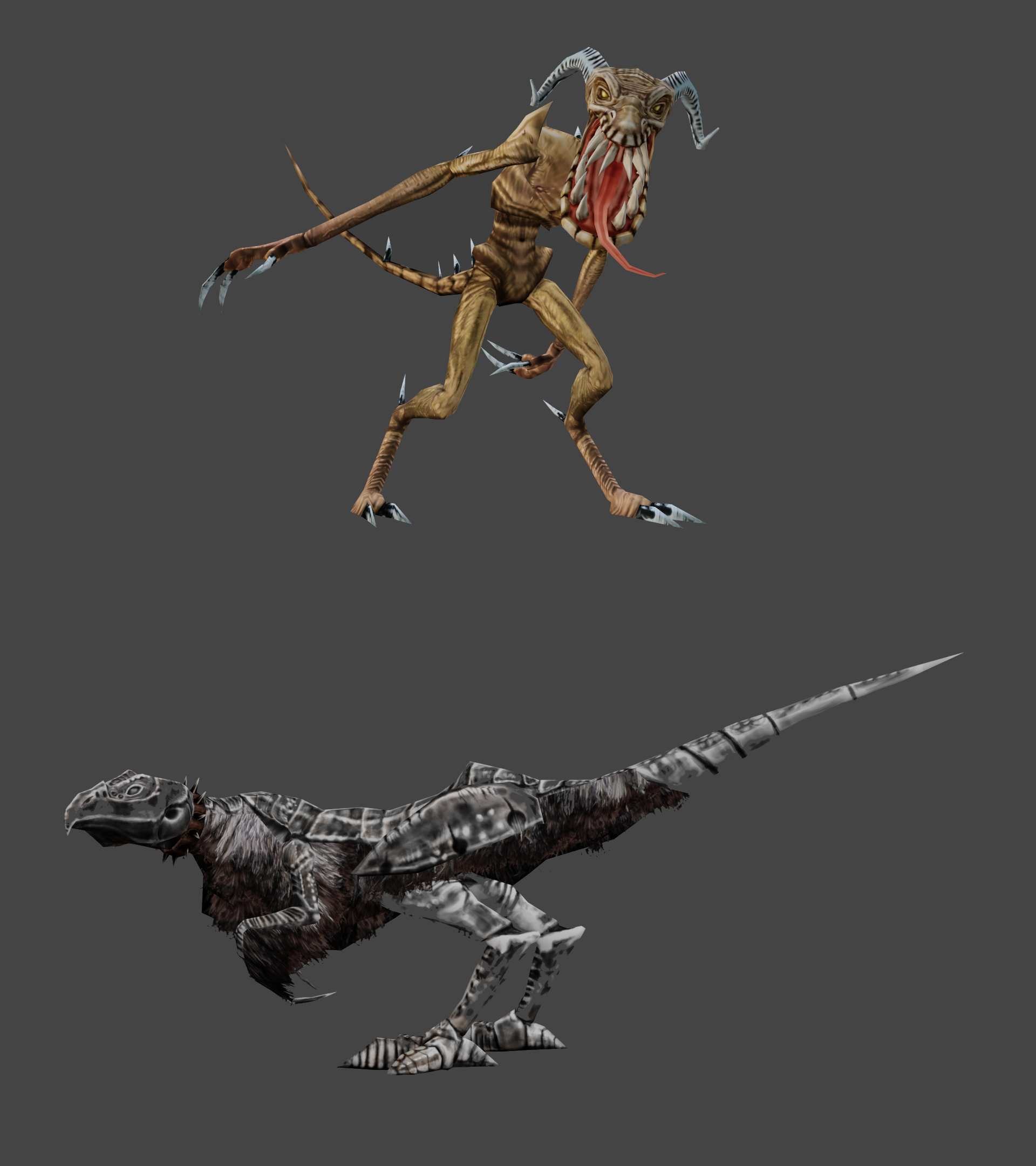 Not listed here are many contributions to Tamriel Data by the Project Tamriel team and literally hundreds of other small fixes to the technical issues of older meshes, all of which will help improve the performance and visuals in your next playthrough.

Finally, we will highlight the work of our concept artists. Here are a few of their latest creations: 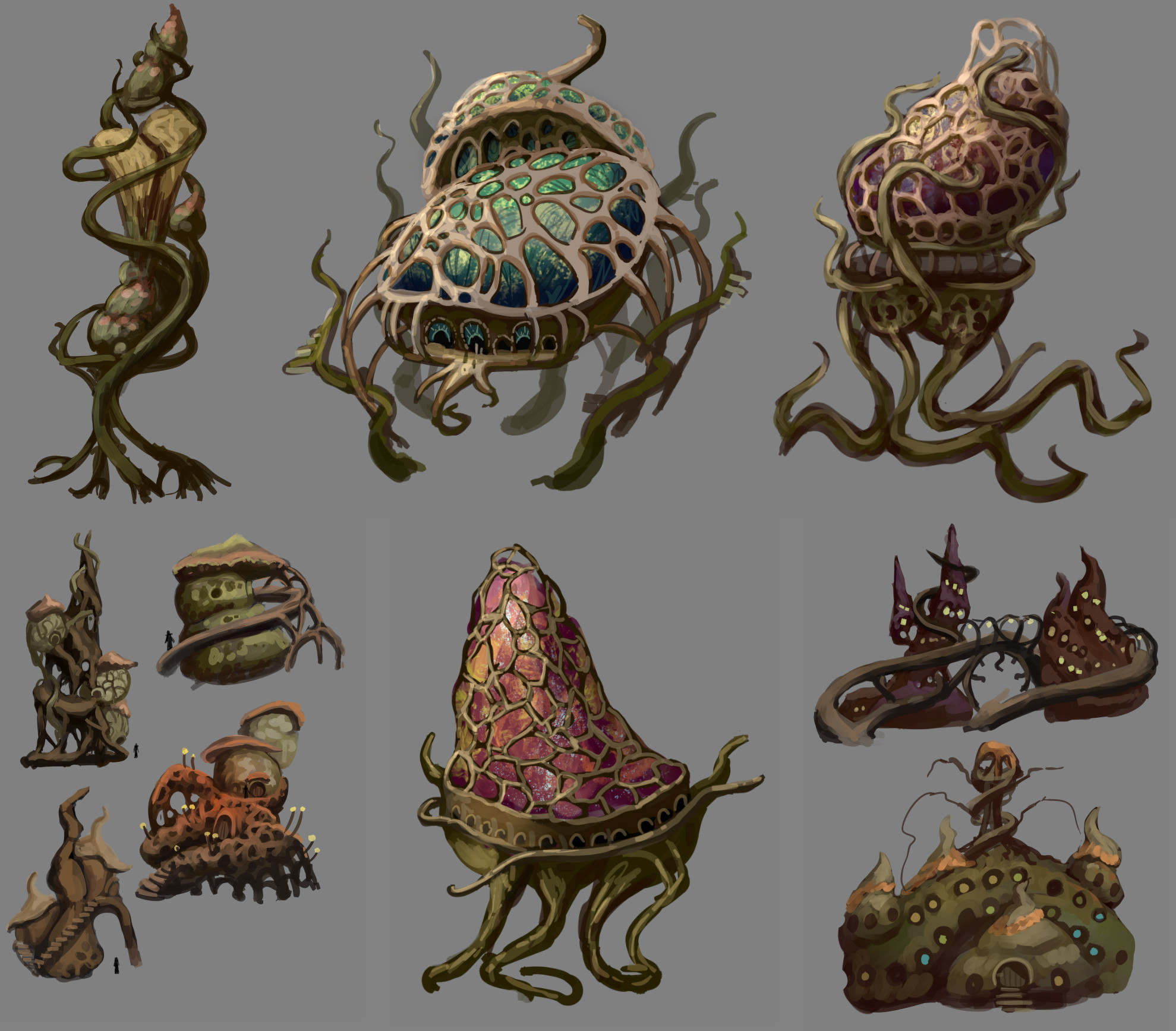 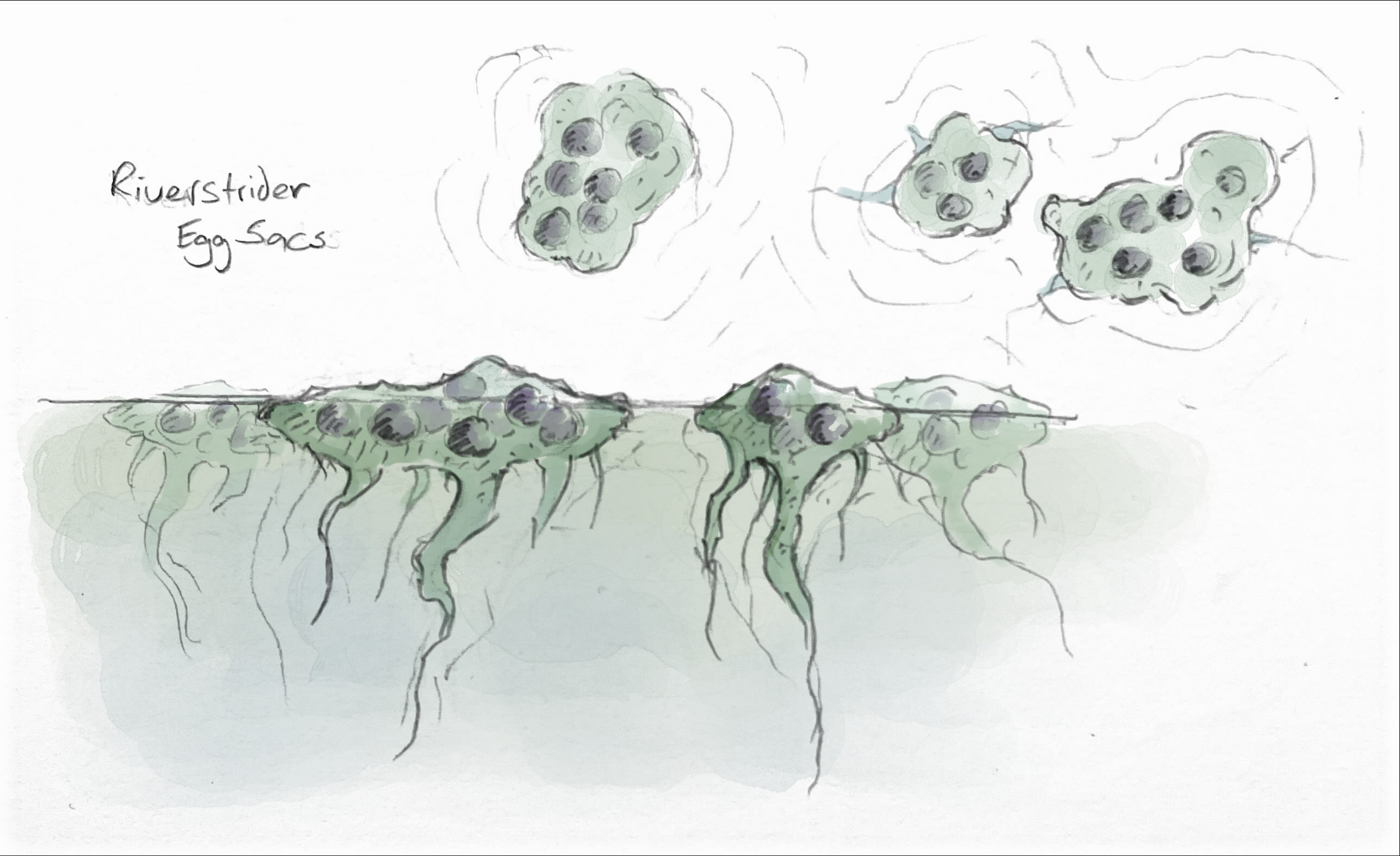 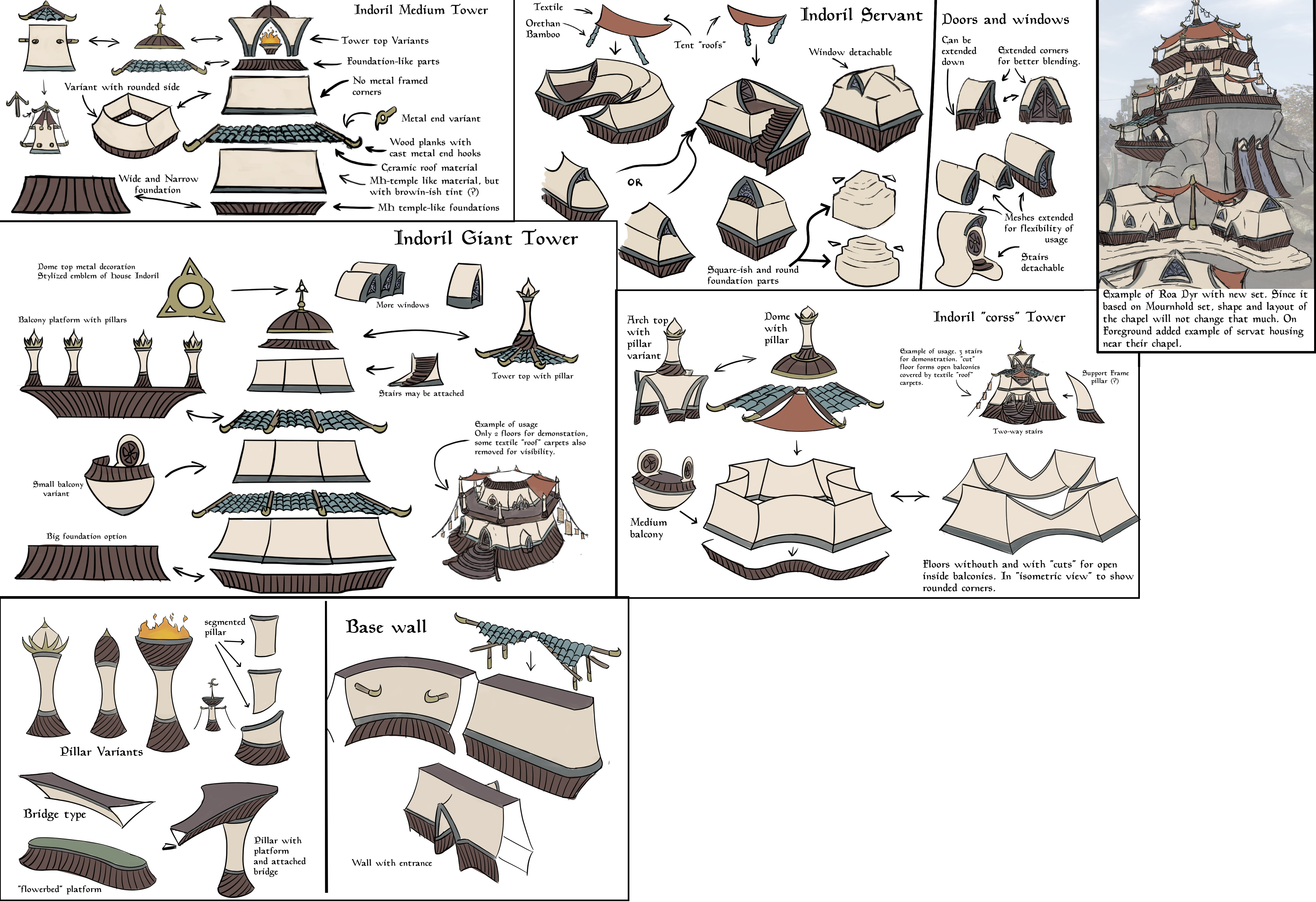 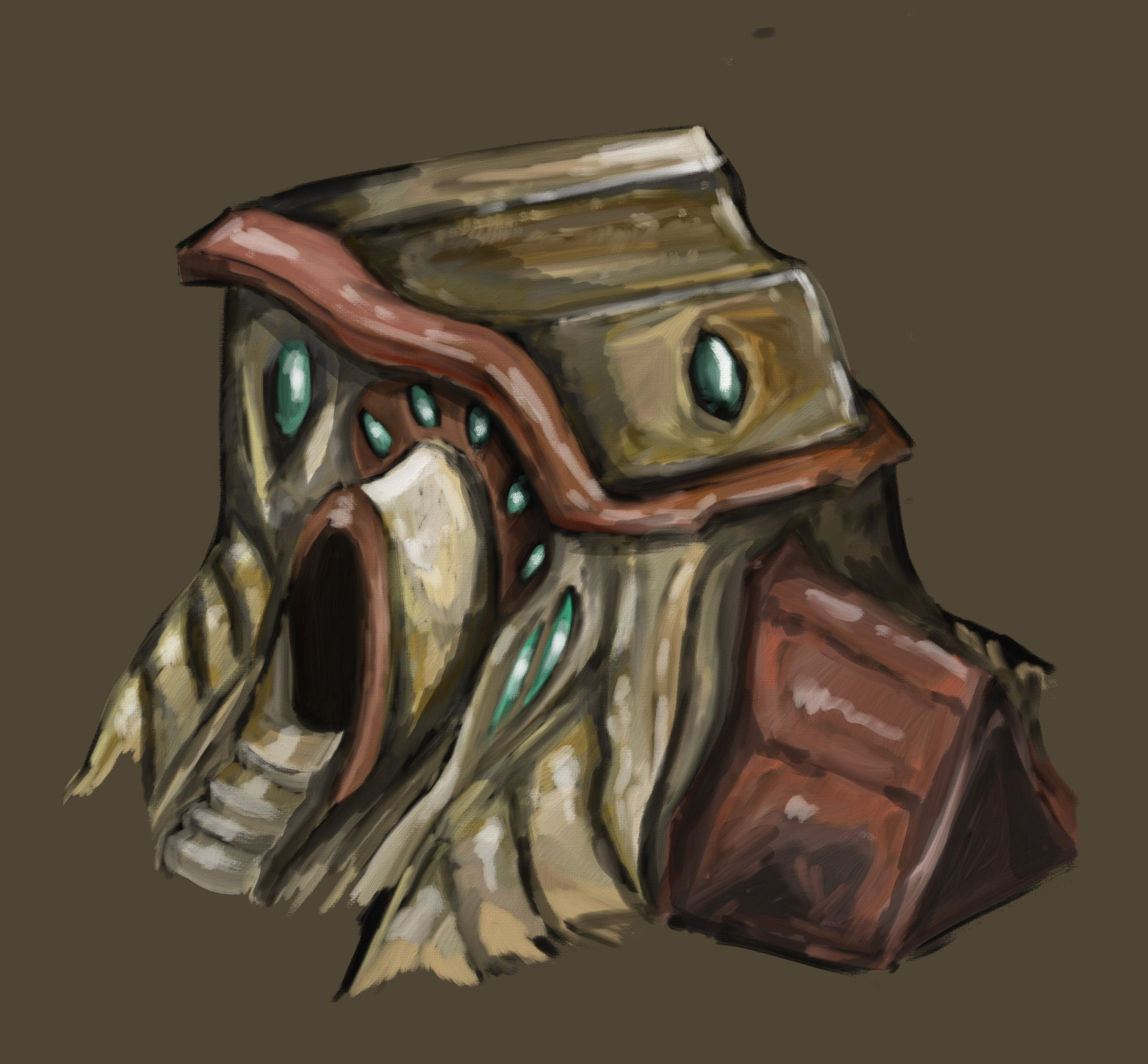 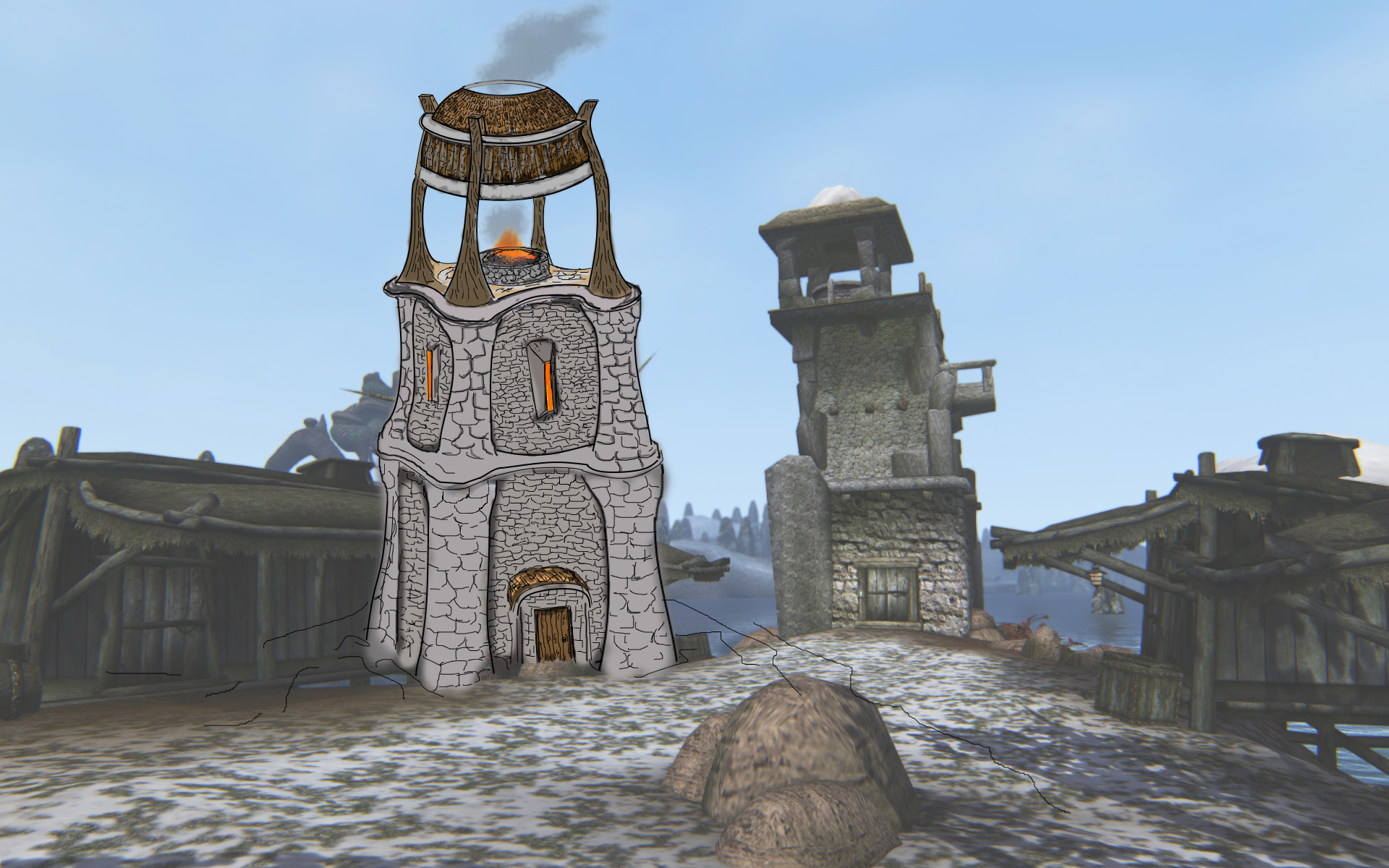 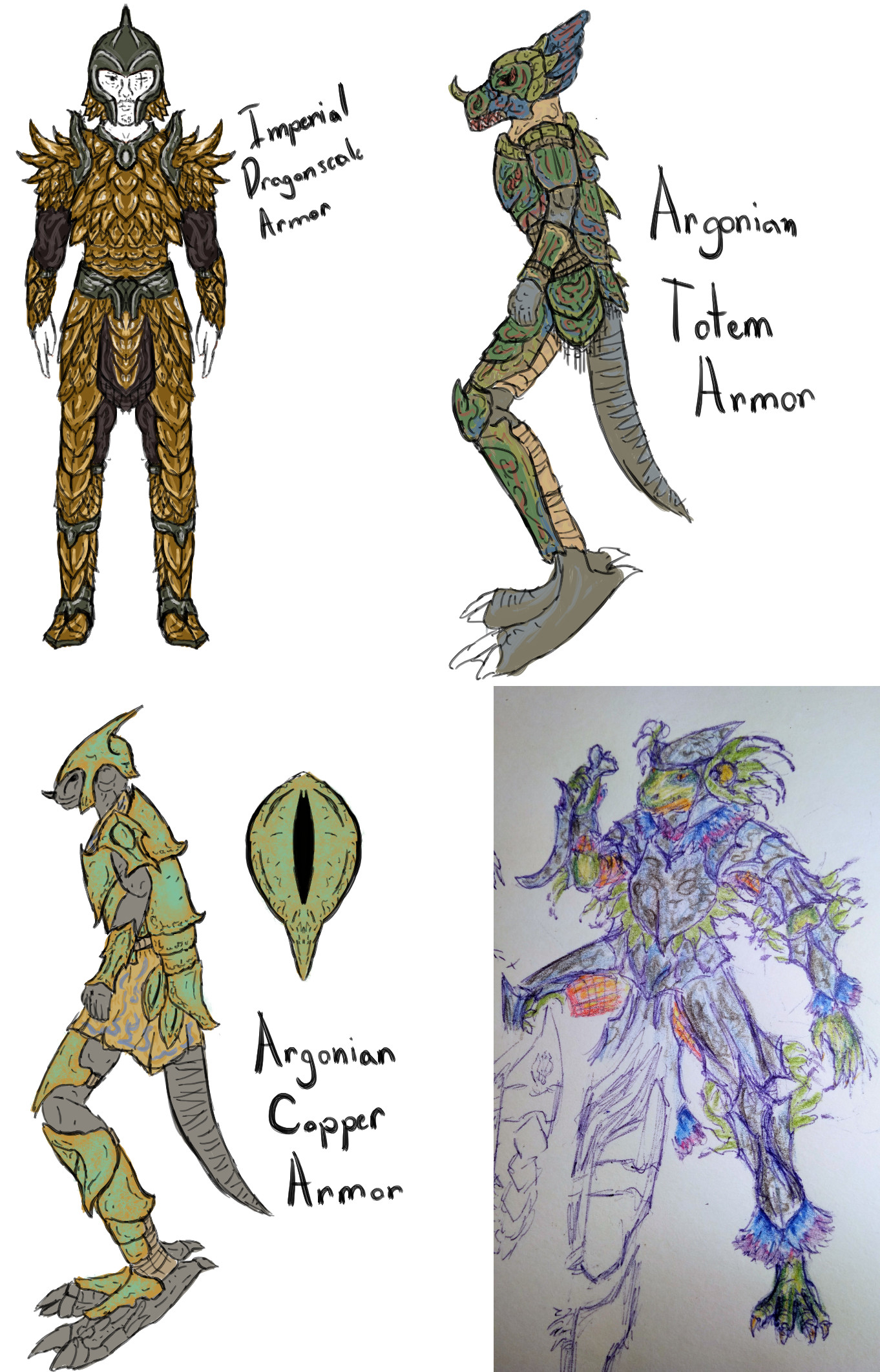 Imperial and Argonian armors by Pickles and Gnomey (bottom right).

Mimic Crab (placeholder name) -- a predator for the Othreleth Woods by Nirvayn.

Whew, that’s it for the past two months. We know that we promised you a roadmap of future development last time, but that will have to wait just a little bit -- hopefully you will be satisfied with seeing all this recent progress instead. A lot more remains to be done in order to realize the vision of a completed Morrowind. If this post has inspired you to find out more about the project or to join our team, come visit us on Discord! Regardless of the current pace, we are always in need of new developers!

Credit: Denis418 for compiling the information and writing the first draft and to Tamriel Rebuilt modders for all the amazing work.

The upcomming release could be celebrated as a huge milestone for your project.

Because with it the total area of the landmass done will excede 2.000 cells.

At least that's what I could calculate.

Very cool to see all the progress and new assets rounded up like this. It'll be exciting to actually play the new release x

There is no fear in love. But perfect love drives out fear,
because fear has to do with punishment.
The one who fears is not made perfect in love. 1 John 4:18

Just wanted to say, as a player of this mod, that the developers are working pretty quickly considering that school term is now on, and alot of the devs are too busy to work like they can in summer

The mod is of a very high quality, as if Bethesda themselves had made it!

Also, the new lighthouse looks like a good idea, the new assets on the mainland definitely make the game feel more immersive and unique in their style and architechture.

"Romans 5:8 - But God demonstrates his own love for us in this While we were still sinners Christ died for us"