Tamriel Rebuilt is a massive, two-decades-old mod for The Elder Scrolls III: Morrowind that adds the mainland of the Morrowind province to the original game in accordance with the latter’s lore and vision. The mod is developed as a series of fully realized expansions complete with quests. As such, players can already enjoy our released content, which currently covers roughly half of Morrowind’s mainland and includes more than 360 quests, making for many dozens of hours of gameplay.

Welcome back to our scheduled progress update for the month of January. This month, we will repeat the formula of November and give you a line-by-line breakdown of the progress that happened in November, December and the first half of January. Remember, development in Tamriel Rebuilt is split into several informal departments – concepts, assets, exteriors, interiors and quests. Depending on which type of progress is needed when, these departments work on different expansion areas in a staggered manner (at least ideally). In addition, after a claim is finished by the author, an experienced developer will review it, prior to the claim getting merged into one of our development plugins. Let’s start again with quests, which are the last item to be done before an expansion release, and work our way towards the lead items, such as assets and concepts. 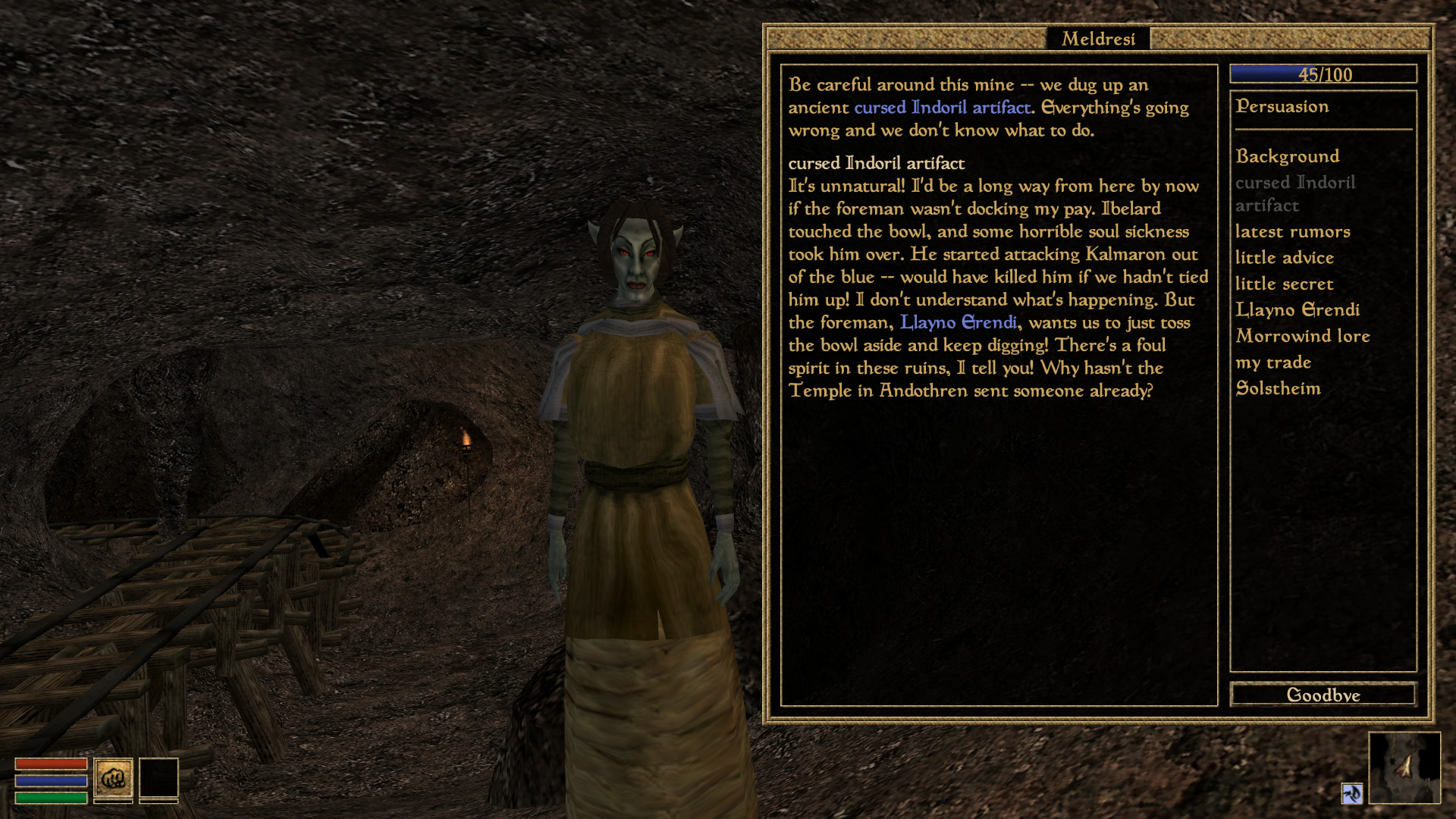 Roth Roryn is littered with the remains of its varied history, some more dangerous than others. These particularly unhappy Hlaalu miners happened upon a cursed Indoril shrine, buried since time immemorial. Can you help them? Quest by Sultan of Rum and Denis418.

Quests are always the most time-consuming item to be worked on. Still, progress on this front picked up significantly compared to the Fall. The hardest part of Dominions of Dust is slowly getting done. The first quests for Embers of Empire are being worked on, too. 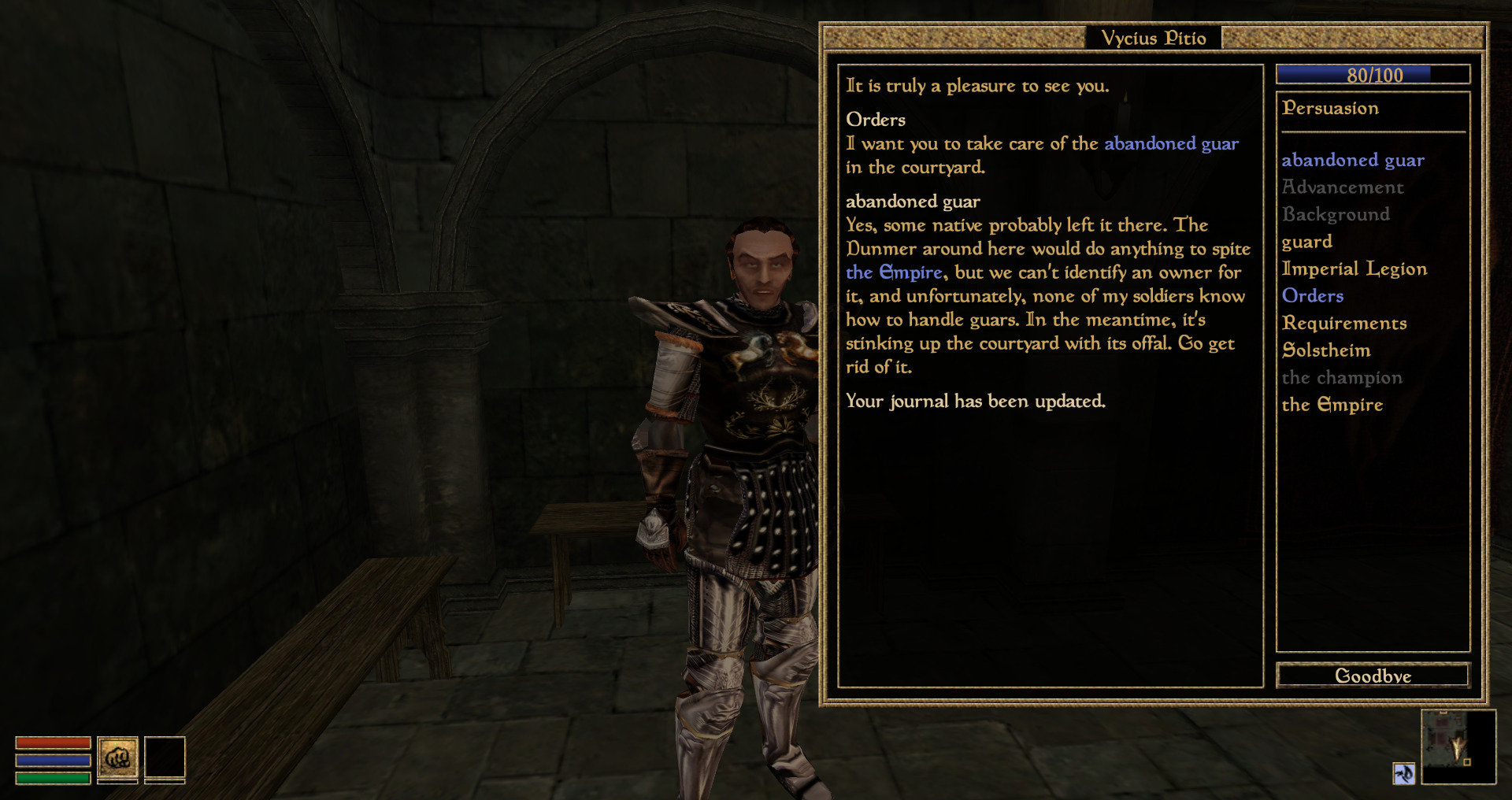 The Firewatch Imperial Legion questline by gabe and Kevaar starts off with relatively menial tasks, as these things tend to do. However, something about the Dustmoth Legion smells off from the start.

As always, our interior department was the busiest. This type of work is bite-sized and easy for new developers to pick up, but also plentiful – every exterior claim always requires many interiors to fill it out. 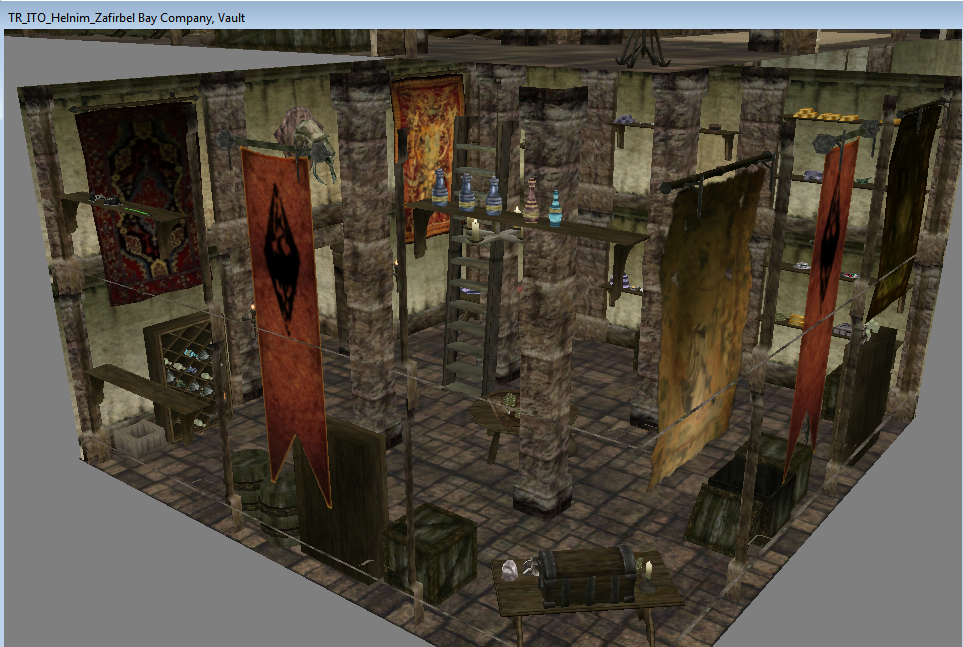 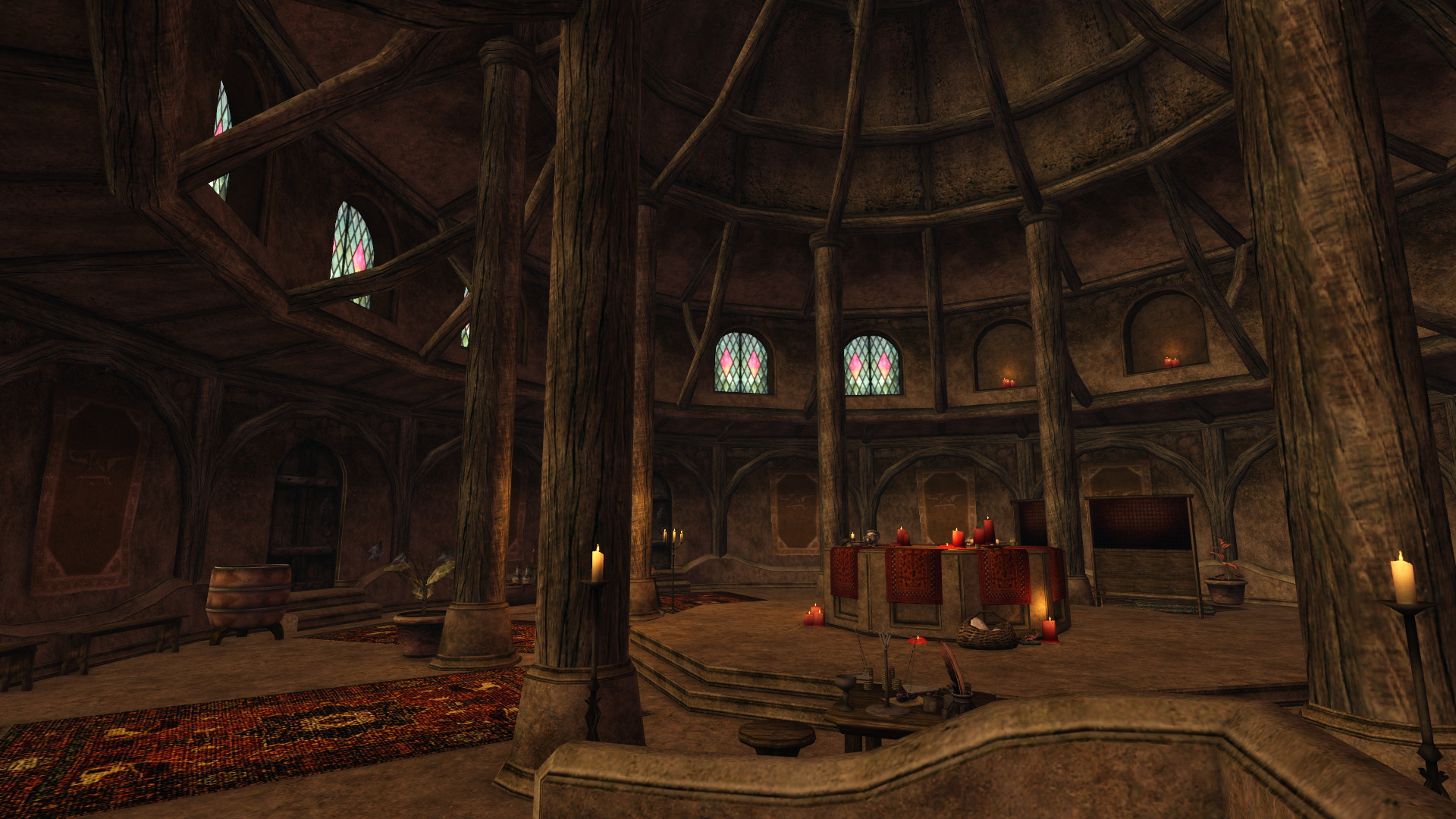 The Zenithar temple in Hlan Oek by Phenoix12, using the new Dunmer temple of the Divines architecture by MwGek. 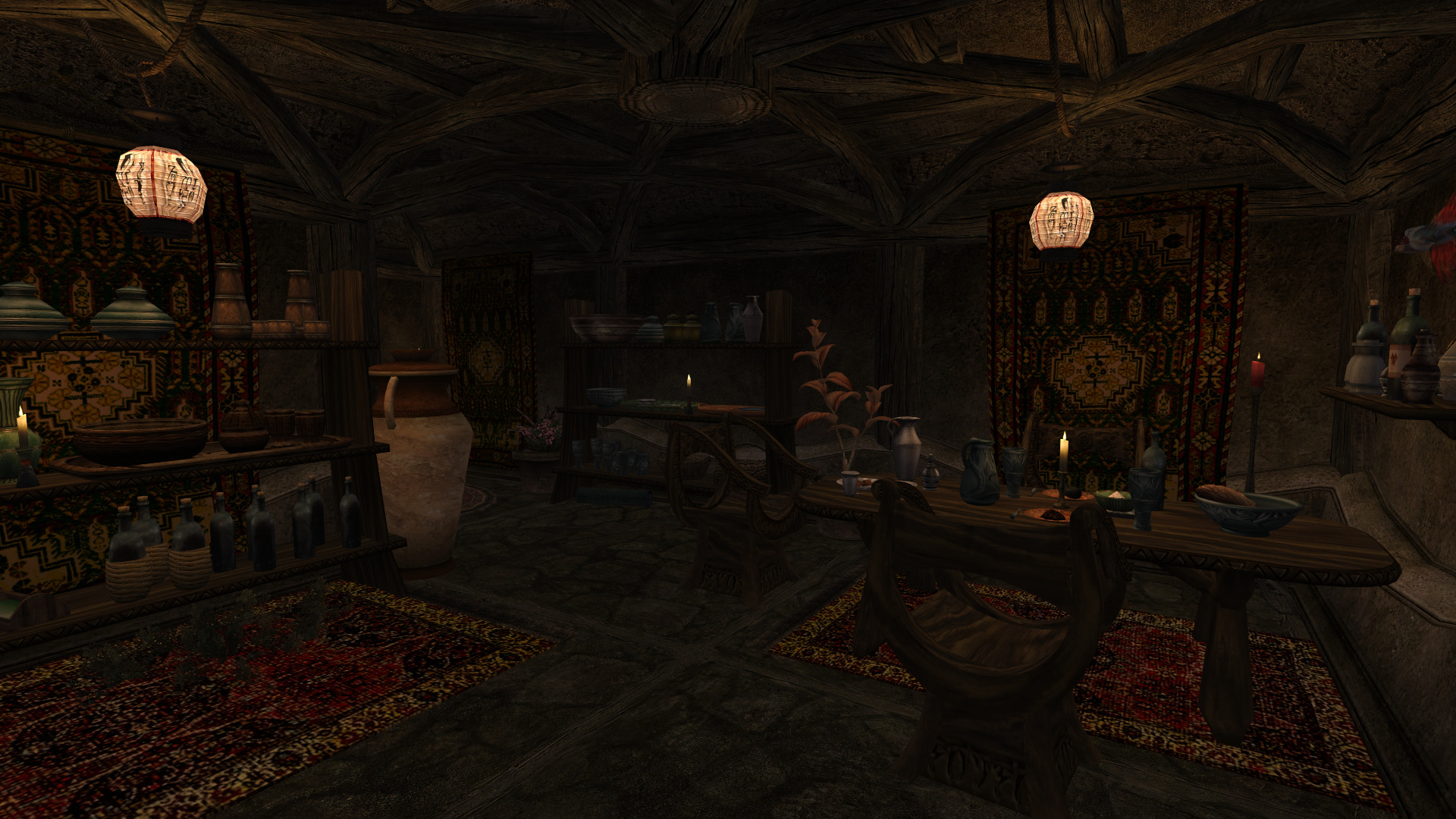 Despite a delay in opening up Othereleth Woods claims, a lot of exciting progress nevertheless took place in the exterior department. 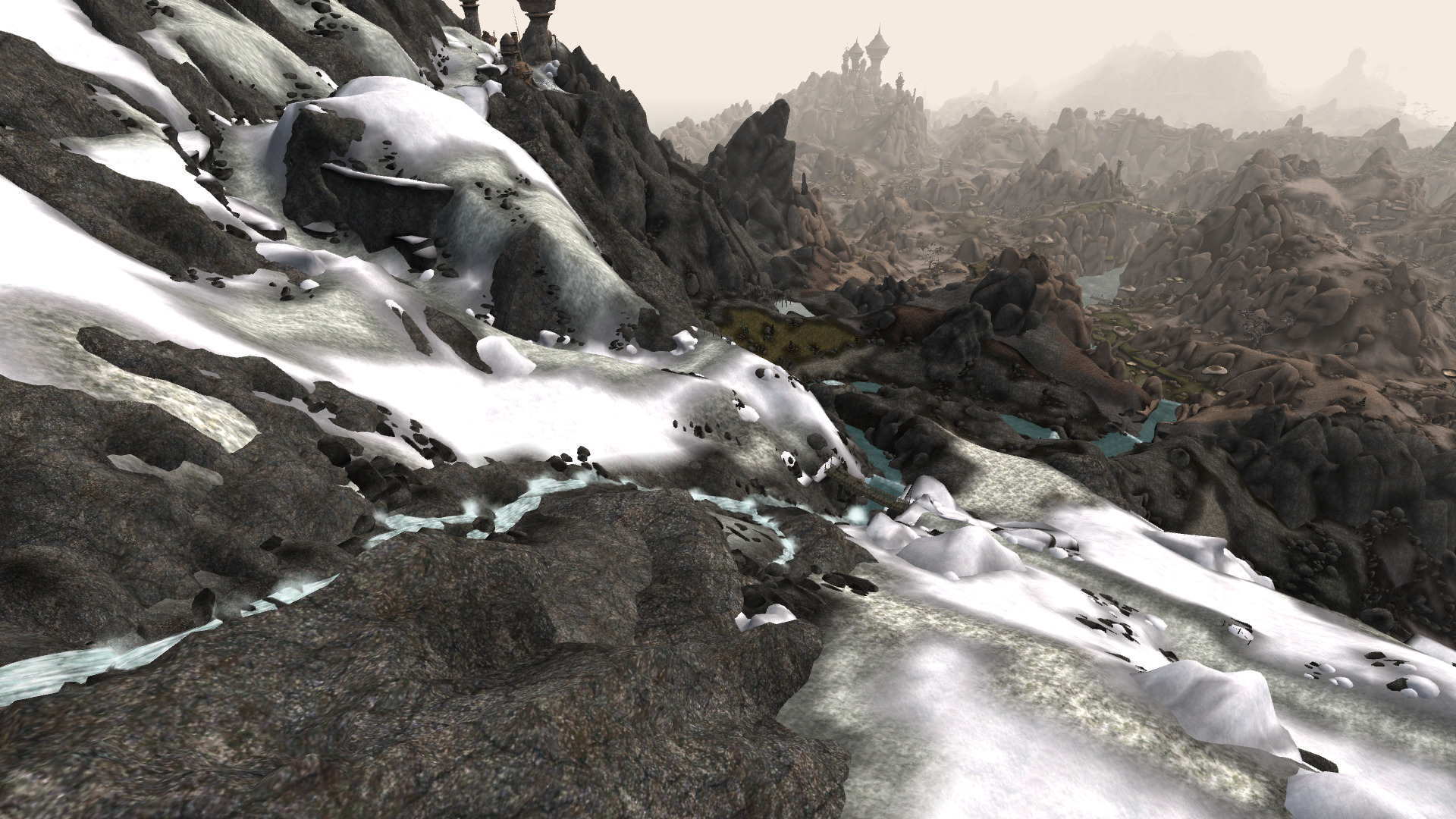 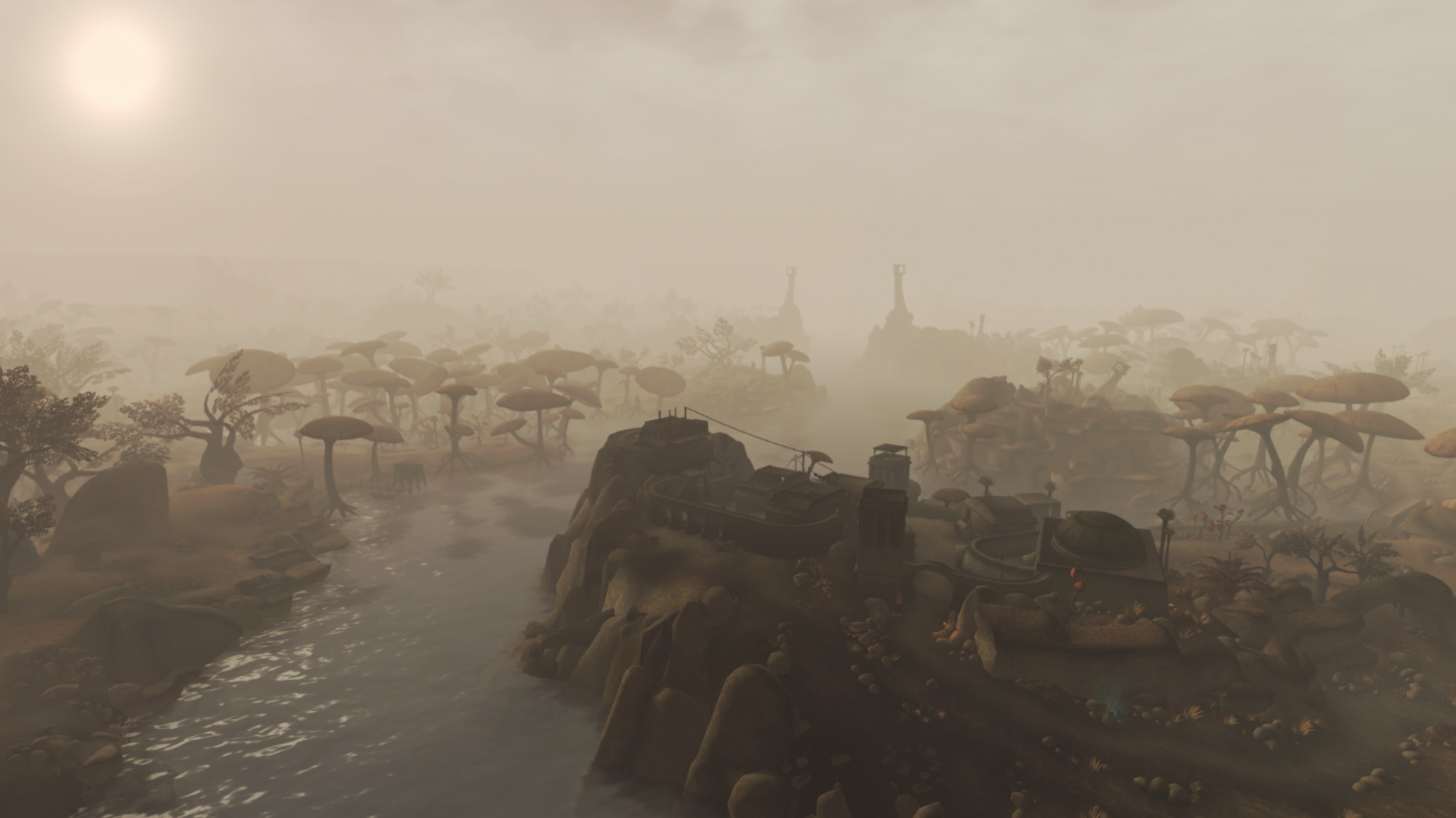 The gently meandering Thirr river. The town of Othmura is in the foreground and the twin Redoran fortresses of Ald Marak and Ald Iuval in the background. Landscape work by Chef, MinerMan60101 and Nemon. 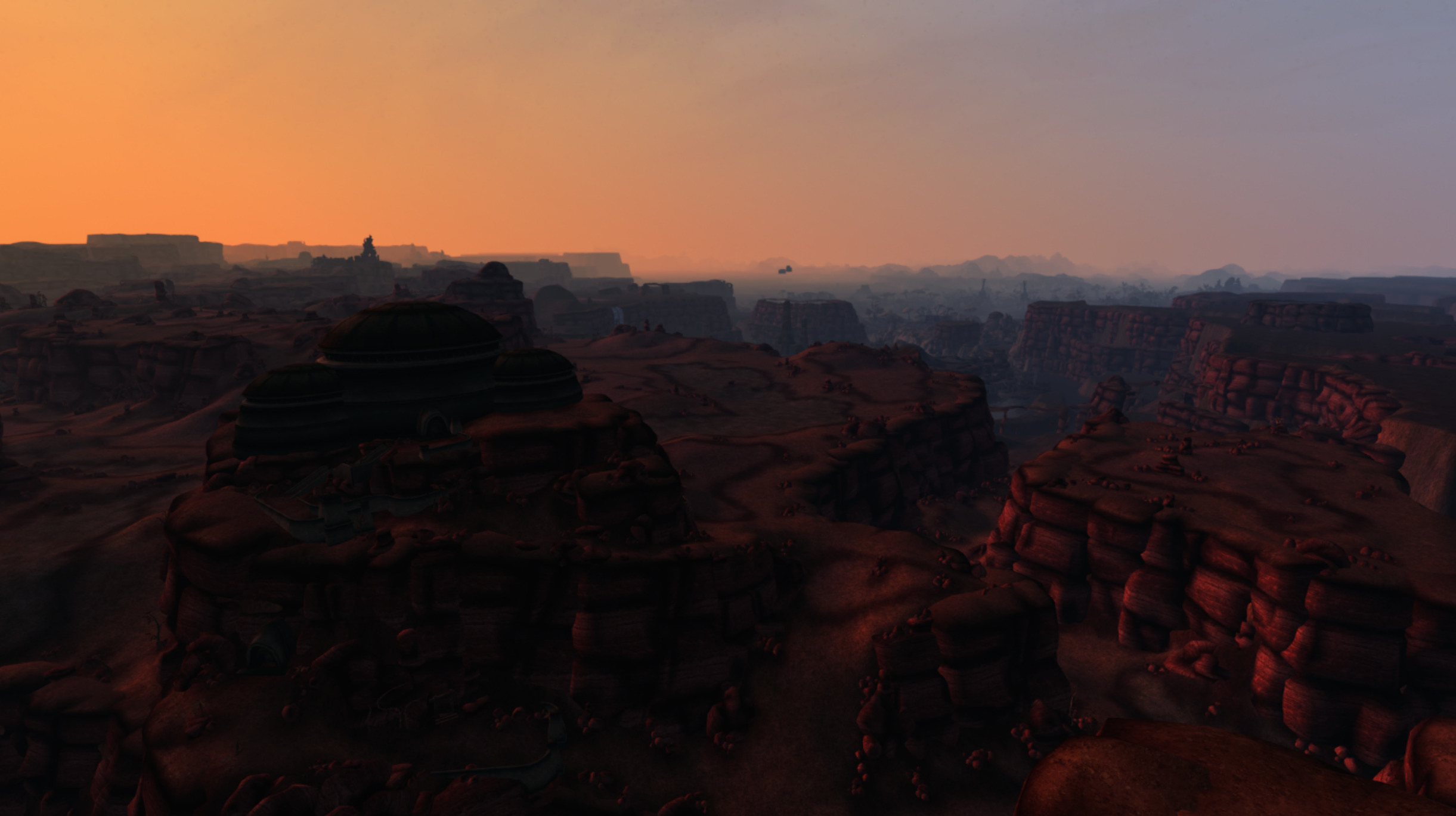 A view over the canyons of Shipal-Shin. 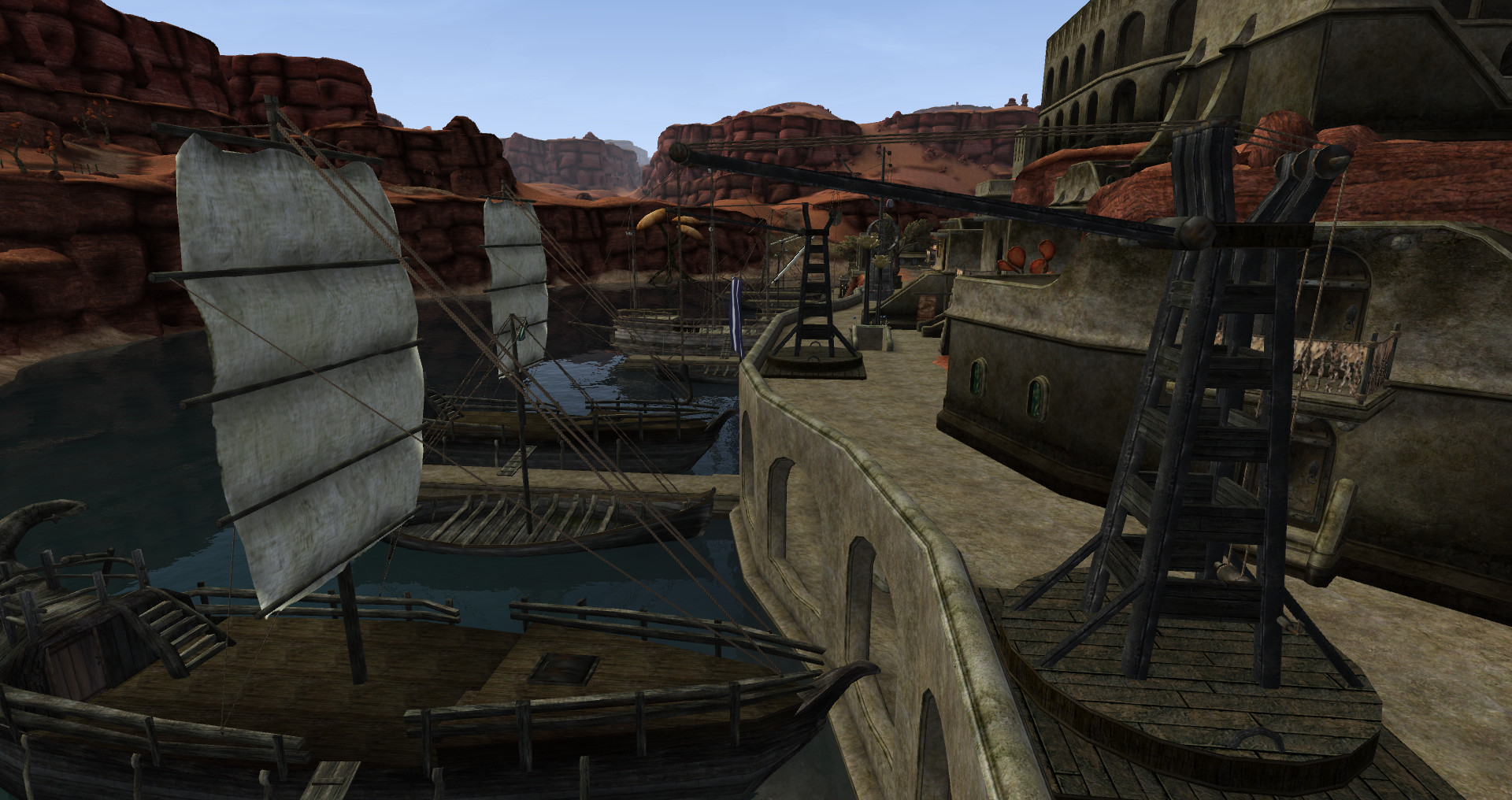 The docks of Narsis by Chef, using Hlaalu waterfront assets by MwGek – much of Morrowind’s trade passes through here. 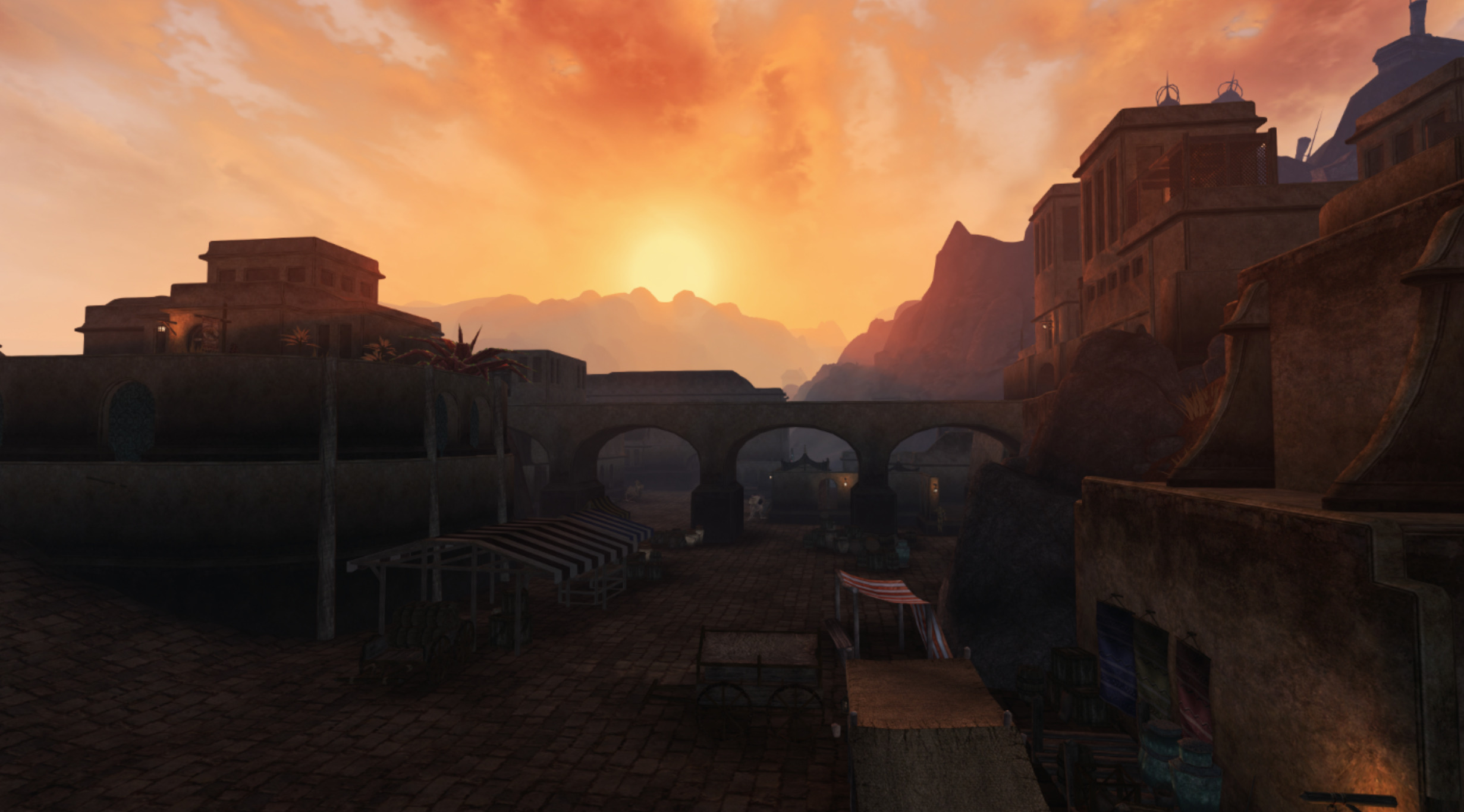 Early work on the Hlaalu trade center of Kragenmoor by Nemon, to be featured in our Othereleth Woods expansion.

Brand new 3D models and other assets, as well as numerous improvements to our existing assets, just kept pouring in throughout November and December: 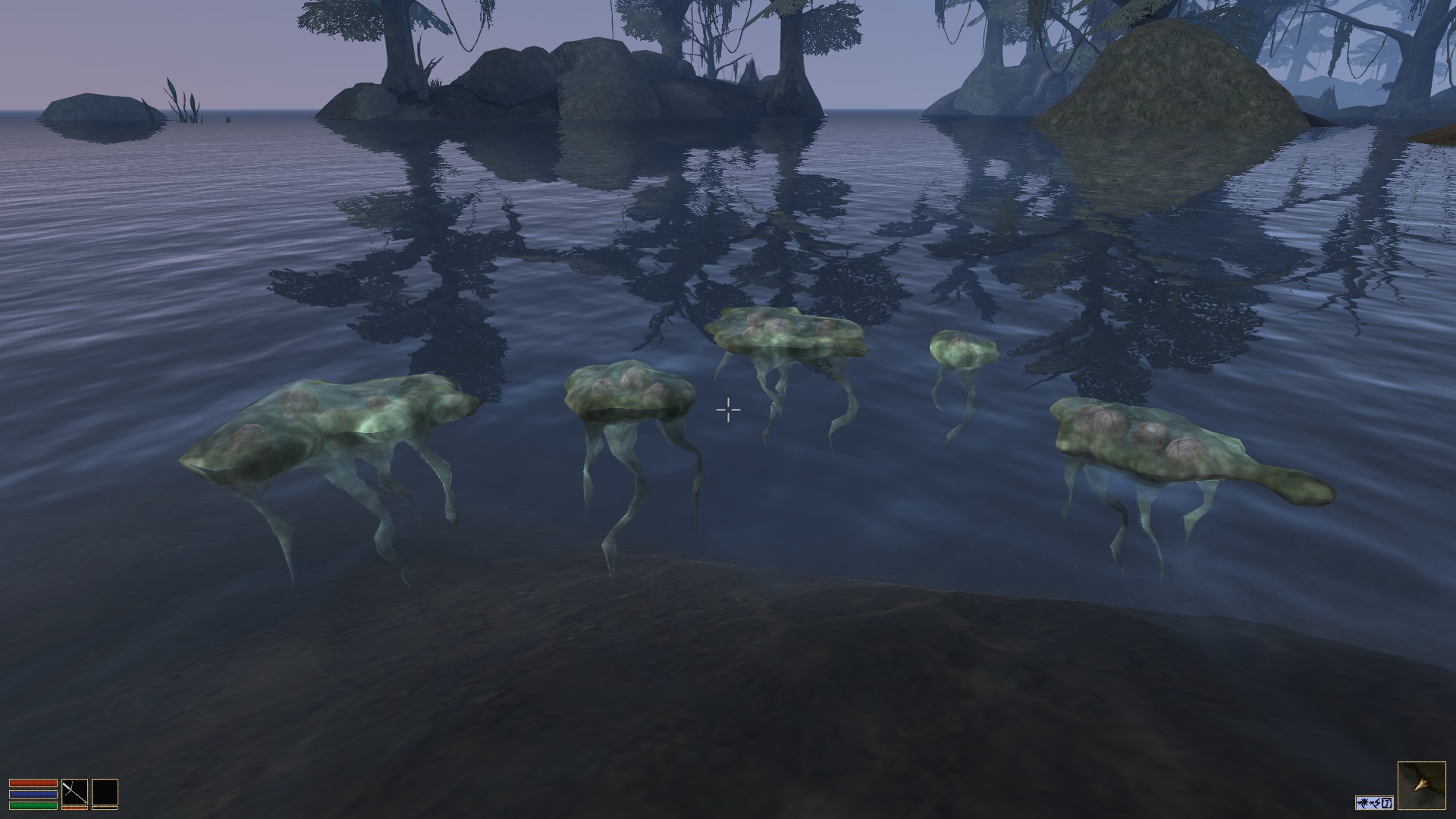 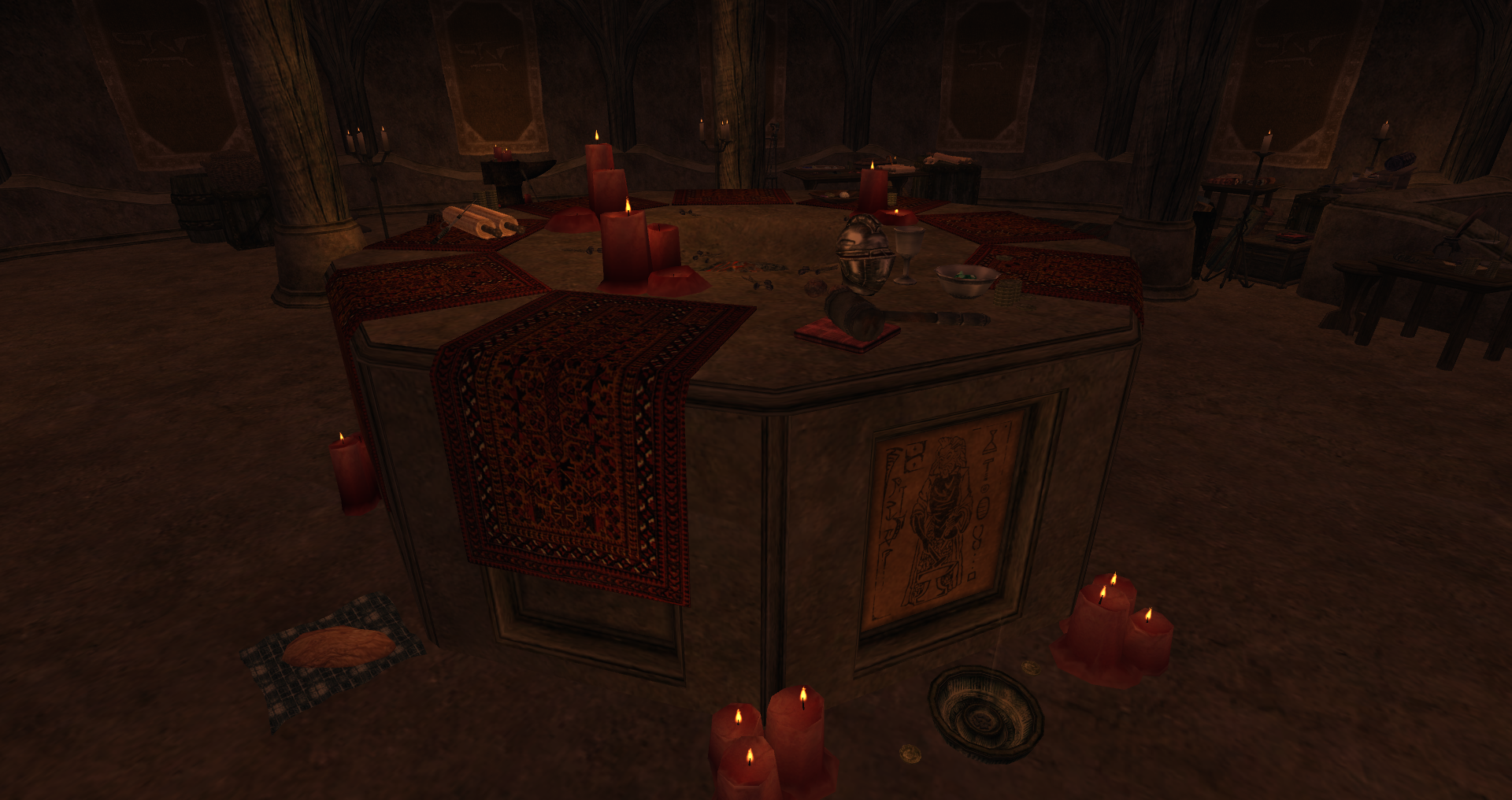 Kynesifnar’s altar for the Dunmer temples of the divines, featuring Feivelyn's and UncarvedWood's beautiful art on the sides. Clutter added by Phenoix12. 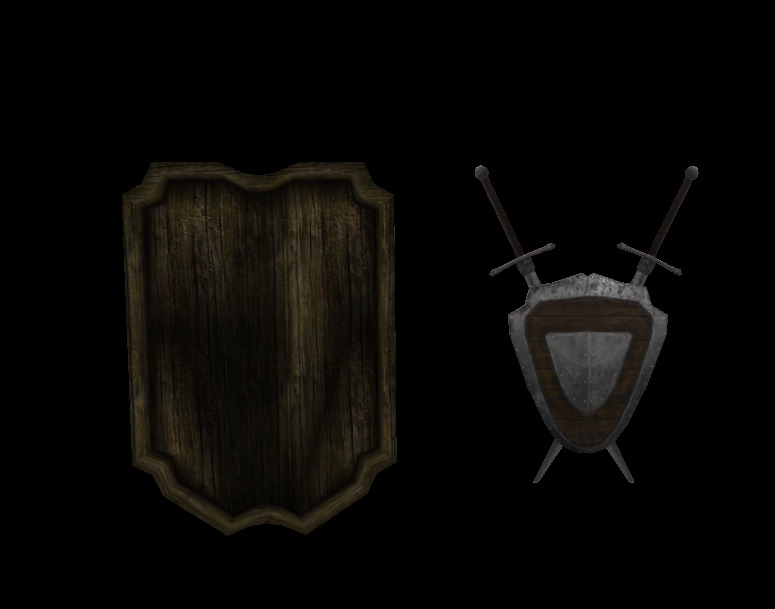 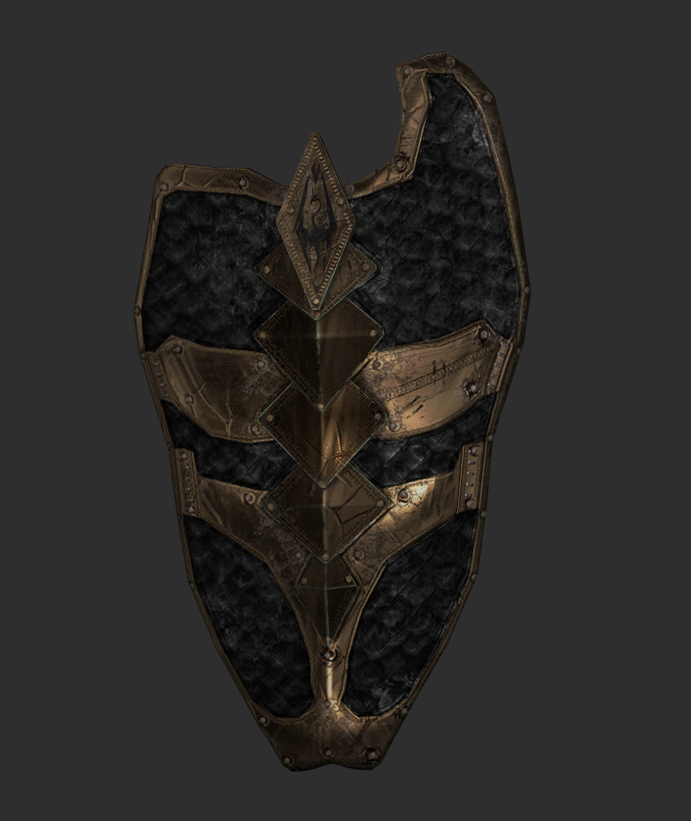 Shadow_Mimicry’s take on the Ward of Akavir artifact shield. 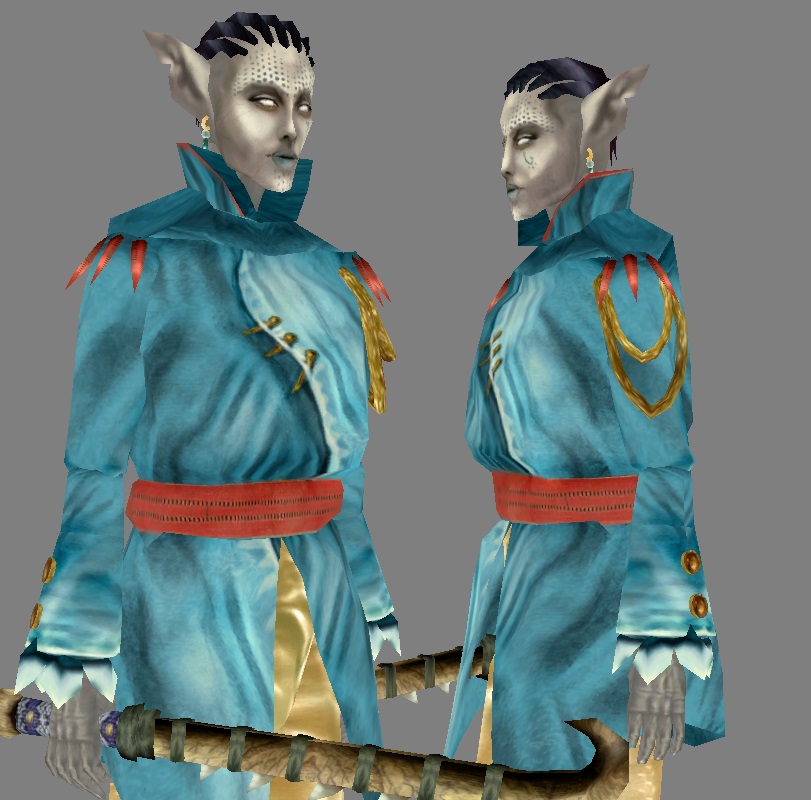 The mysterious Maormer by Rats. 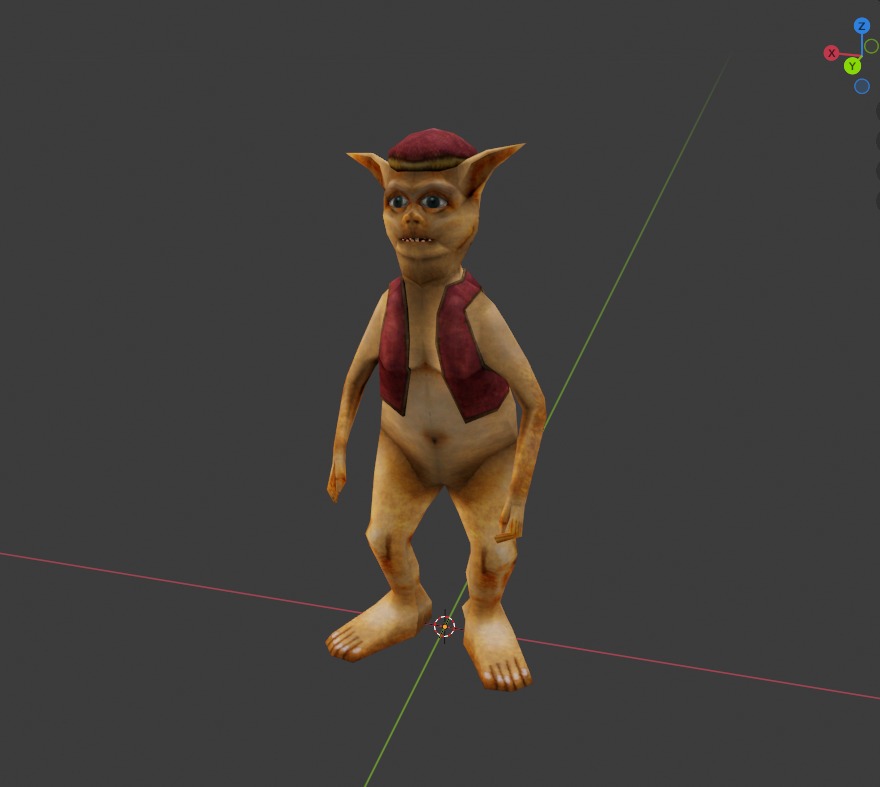 Gremlins by joanasc, voiced by Pickles.

Our concept artists, too, produced some lovely designs over the past few months. These focused largely on armor, but also included other topics.

Redoran bonemold armors by Pickles and DharmaPR. Inset on the Redoran Elite armor is from Morrowind concept art.

Hlaalu bonemold armors by Pickles. Inset on the Canyon Watch armor is from Morrowind concept art.

Assorted other armors by Pickles. He sure was on a roll this time around! Buttom-right inset on the Dres armor is made by Nalin. 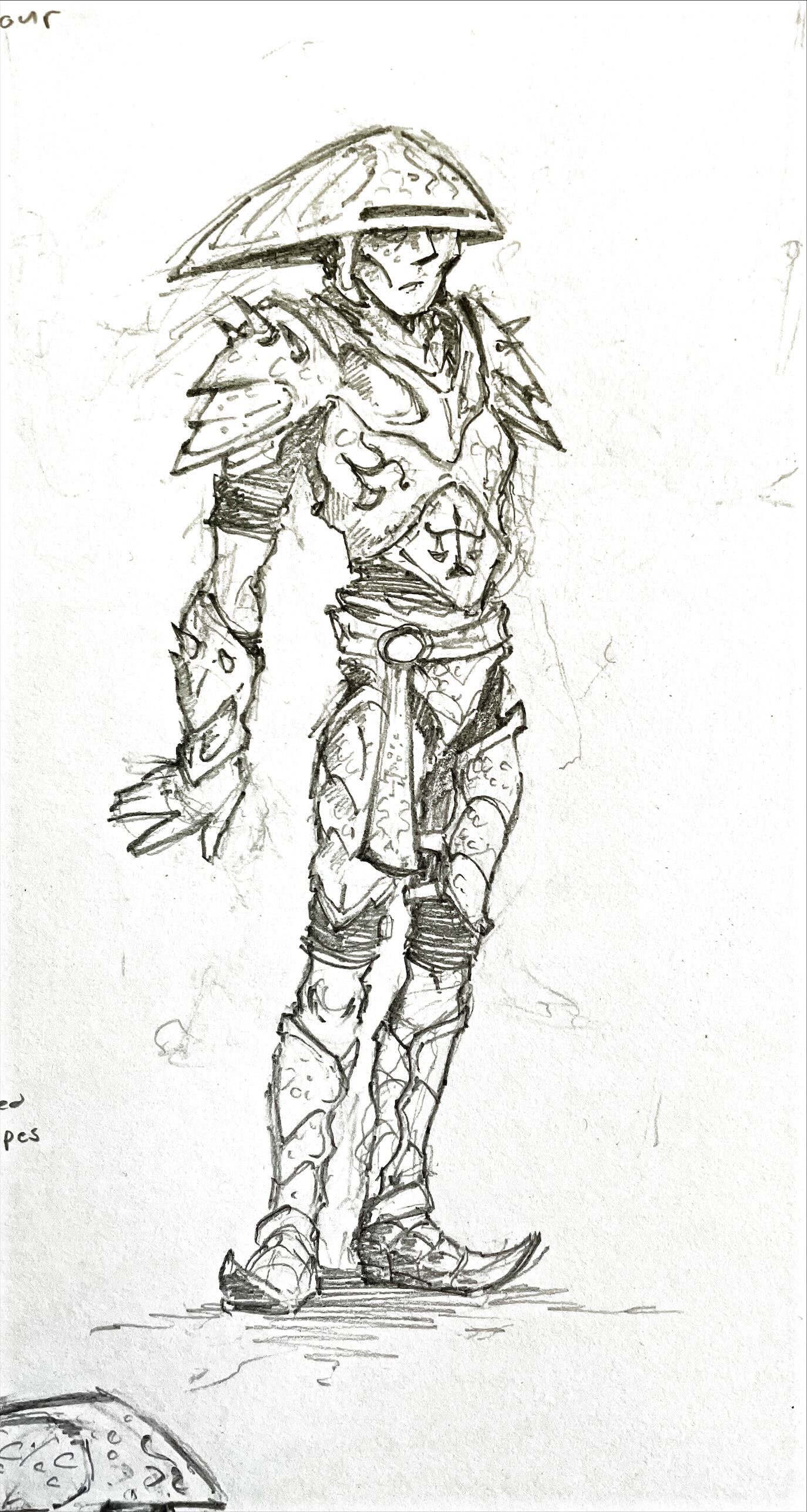 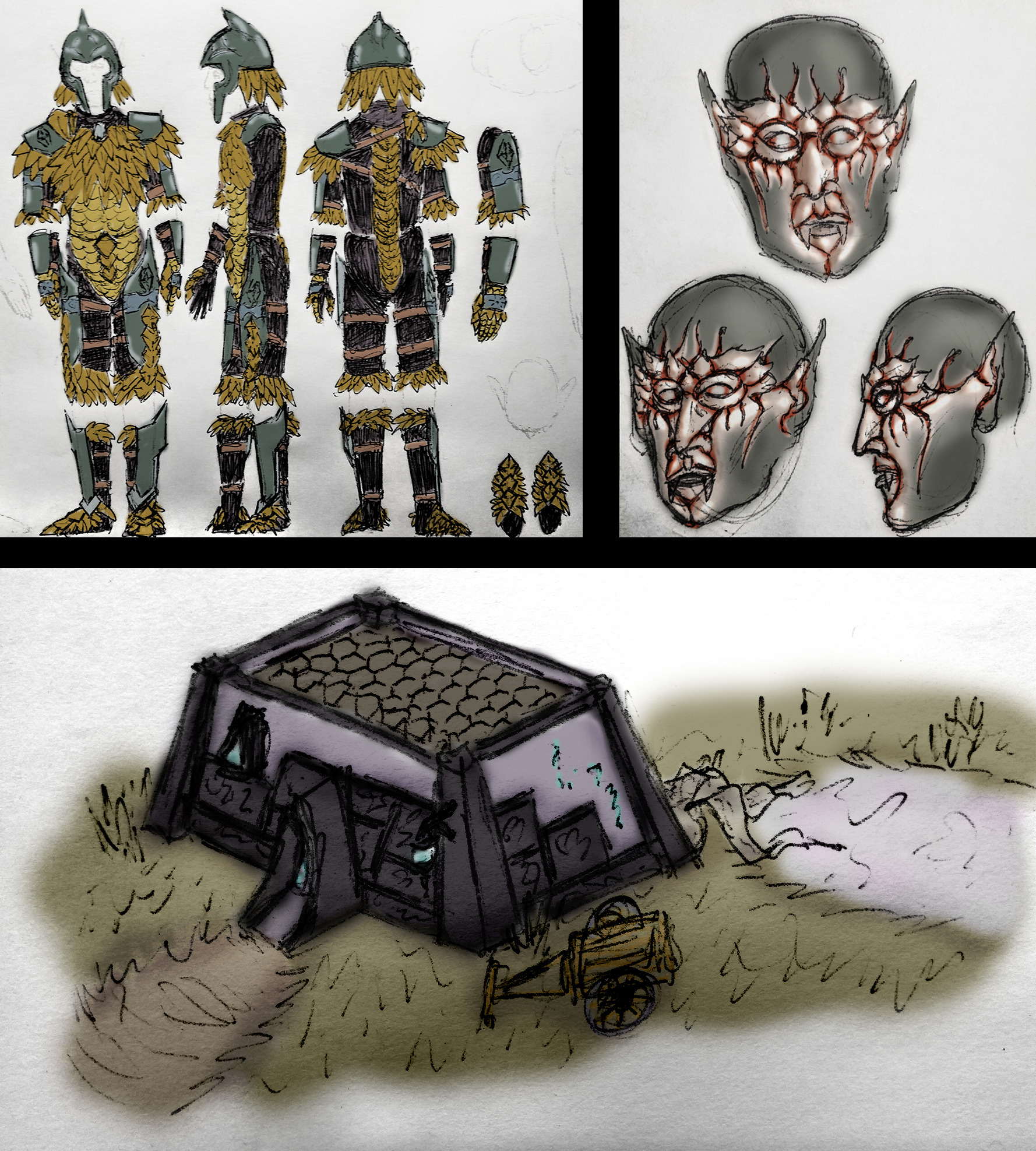 Gnomey’s concepts for Dragonscale armor, the vampire Ancient of the Orlukh clan and a palette test for Dres architecture. 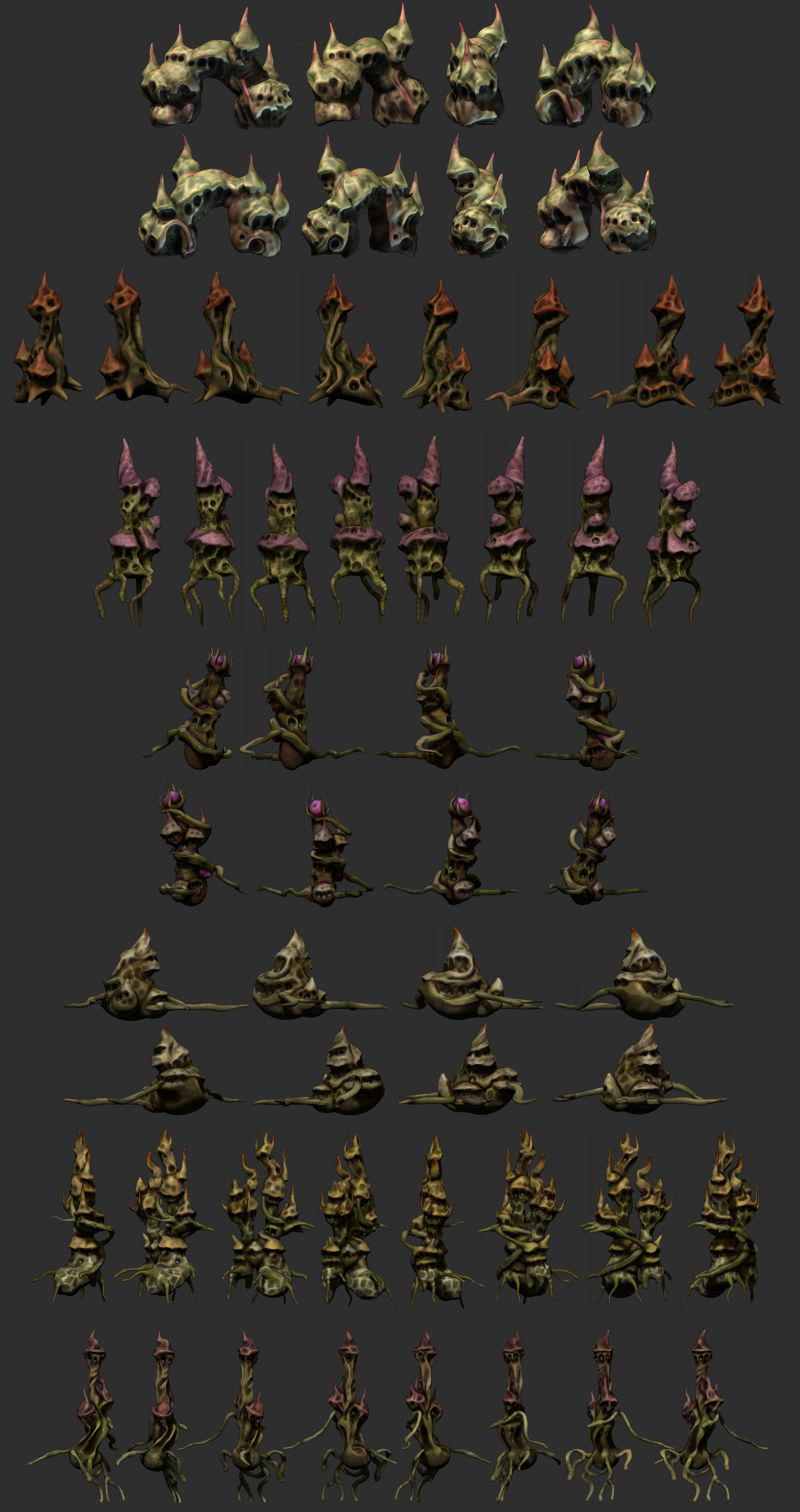 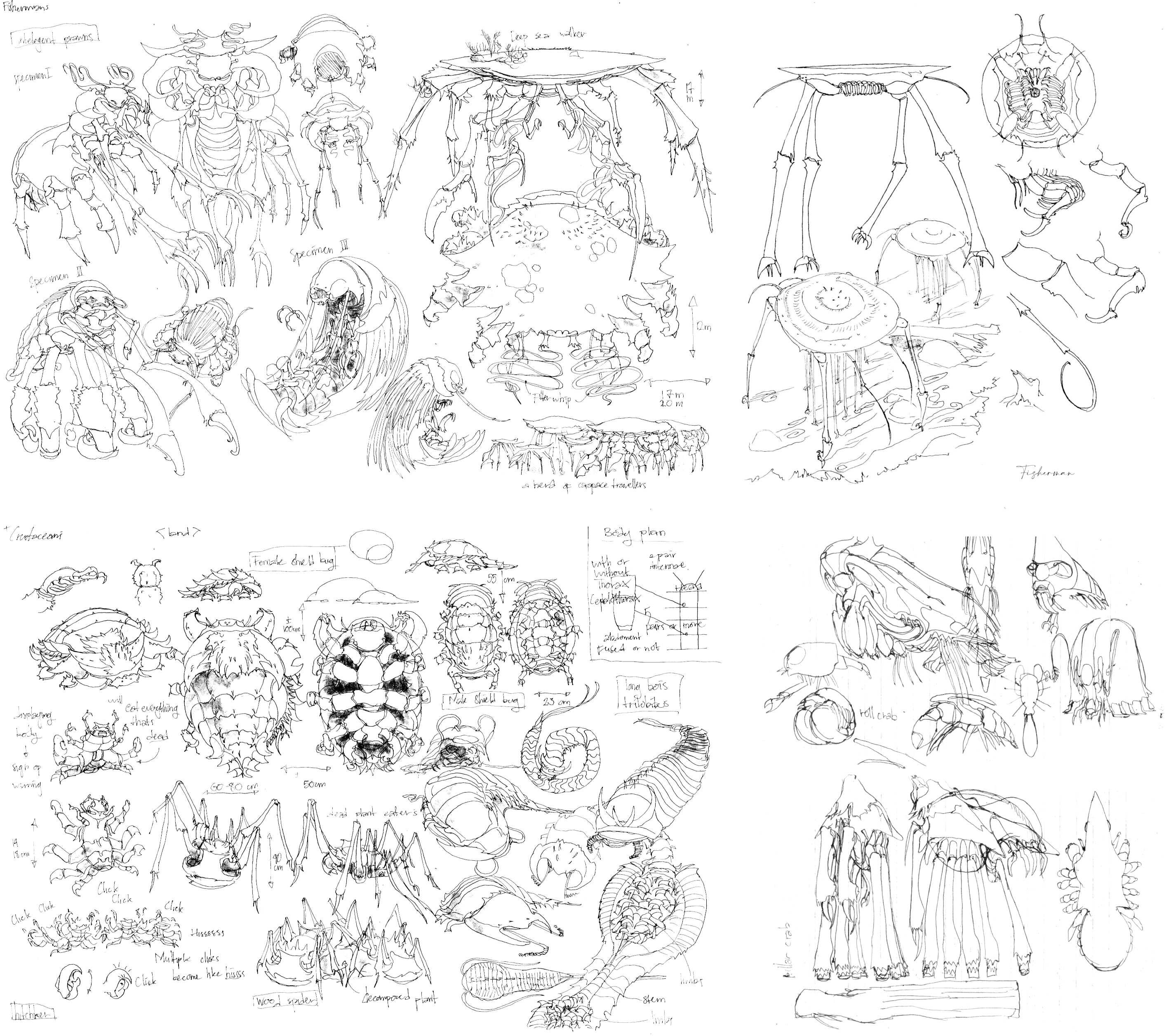 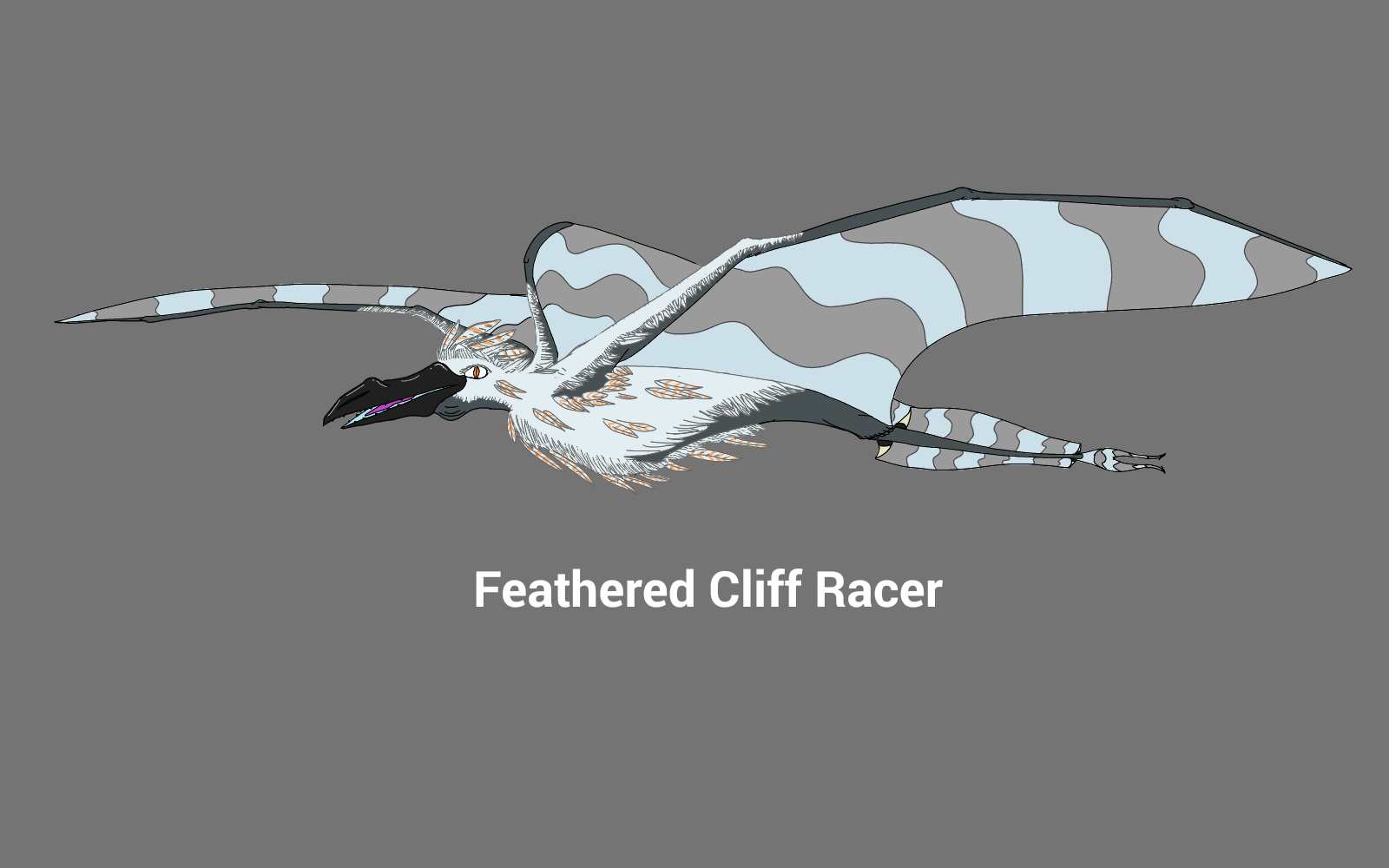 That’s all for this month – hopefully the pace of our work will have satisfied you! The next newsletter or two will, again, focus on more specific topics. To make even more progress happen in the next months, consider joining our project as a developer or tester – modding Morrowind is easy even with no prior experience! Regardless, come learn more about our doings on our Discord server.

Progress is really impressive! You guys are awesome!