Been forever since I’ve tried to draw, so these are by no means anything I’d consider “official”. Just some sketches as they come to me.

Here’s a Skyrender with a Dres on its back. I always pictured them as being more of a beetle than a wasp, with the Dunmer mounted on its thorax to free up its wings. This one seems to be missing its beetle shell, though...too hard to draw with everything else going on in the picture, heh. Bladed dangly legs (two much bigger/longer than the others, used as scythes) and a blur of wings as it skims over the salt plains.

So, the shell would would have a cavity in the middle just like a silt-strider ?

I was thinking more of a saddle, placed in roughly the same position as the electrodes on this beetle:

But I suppose the Dres might also carve something out to make a comfortable seat, and expose nerve endings for better control of the beast. (And creepily enough, that picture up there is actually from a study where scientists found the means to control a living beetle through a computer. The beetle took care of the fine motor movements and mechanics of flying; the scientists just told it which direction to go in. “Sci-fi” becoming reality...)

But, all conjecture anyway, as I think the Skyrenders already have a concept and model? Just my head canon at this point.

I actually read that study as well

I think I'll also draw the beetle, so you can see what my idea is, i'll post it later on.

Not quite what I had in mind, but you’re much better at the Dres guy than I!

Here’s a different sketch. Longer rending claws, and some other notations. Sorry for the blur, cell phone picture plus my own knuckles smudging things.

, it also looks a bit more like a beetle-spider hybrid the more I look at it.
But indeed as you annotated the wings and the claws don't exactly match. I think that the problem is, that the wings
need a specific angle for them to work and the rending claws stand in the way of that, that could mean a bigger wingspan (to support more weight)
or scaling/moving the rending claws, but if the Skyrender supports it's weight on the rending claws that is not a option, or the backshell should be more at an angle, upright like a spiders so that the wings get more height, and thus more room meaning that the wings could support the weight.

Maybe something like this, you'll need to turn it upside down though

You do know Windows Paint has an option to flip your drawings, right?

While flying, the legs could dangle downward out of the way, more like a wasp configuration, instead of out to the sides like in the first picture. Like wasps, though, they could spread their legs outward to land, or when they’re skimming over the ground to attack something: More sketches below, me playing around with angles and movement. I like the idea of a abdomen curved upward, if not quite as pronounced. In most insects the abdomen has some ability to pivot up and down, so we could make use of that to allow more flexibility as well. Also, if it’s not clear, the rending claws are nothing more but blades attached to really long arms. The Skyrenders don’t walk on them; they use them as spears or scimitars, though they may also have a limited ability to manipulate objects with them, like a pair of chopsticks. Their grasping claws would work better for more complicated hand-like tasks, though.

When attacking on the ground, the Skyrender could rear up and walk about somewhat like a humanoid, slashing with its claws, rather than, say, balance on the four feet while it curls its head under and punches out with its rending claws. Or it could do both...two different attack animations, as many of Morrowind’s mobs have. The rearing would be like a power attack.

The rearing of the insect is quite odd though, normally a creature would protect itself using its outer shell.
Is it maybe better that it uses this pose to assert dominance with the rending claws and wings fully open to biggen itself?
There are also a bit of uncertainties with the head, should we go for a more streamlined triangular shape, or a more square one like in my previous drawing ?

Dominance I could see, though I’m not sure hive insects do the dominance thing, as they’re made up of sexless castes (or like the males, die shortly after breeding). Perhaps to make themselves look bigger and more threatening, like cats when they arch their back. Or perhaps Skyrenders are less like a traditional hive and more like a wolf pack or lion pride in terms of hierarchy.

I wouldn’t mind something weird being done to the head, because I’m not real creative in that regard. Getting the interlocking mandibles to render right at TES3’s resolution would benefit from whichever is bigger, so there’s room for the detail in the texturing.

I think they Indeed want themselves to look bigger and threatening. Like a “hey back off” gesture, as a sort of territorial threat. As for the hierarchy I think it should still resemble either a traditional hive colonie, or the same hierarchy as the kwama (queen-warrior-worker-forager).

Hm. Here’s another thing to keep in mind for their design: the top part of the Dres crest is a Skyrender. So maybe we ought to use that more triangular headshape. I think the abdomen could still be beetle like, if more curved and not as flattened as a beetle. The wing motifs still would fit into a two wings + wing shells look, with the long legs as their rending claws.

But, again to which I ask if this is needed? I’m not sure if Skyrender model has already been completed or has an approved concept for their looks yet?

I shall try to look it up, but from what I've read is that the Skyrender model and look aren't mentioned in the Brainstorming discussion as well as the Deshaan Plains Concept Discussion. I don't know for certain though.

Did research. I Found a Skyrender in TR’s files. It’s similar to the model shown on the wiki page:
http://www.uesp.net/wiki/Tes3Mod:Tamriel_Rebuilt/Beasts#Sky_Renders

Also found someone working on a replacement model here. Year old posts and missing a few bobs and bits, but heck, finishing that one out would be a lot easier than remaking something from my concept art.

Ok, that closes the topic for now then

Not at all. While the Skyrenders have indeed been designed and modelled, I do like the ideas that have been tossed around here. If they can’t be used for the Dres, they might still have a place in Telvannis, or the ideas could be adapted to some other creature.
While probably not intentional and probably a little rude of me to say, I rather like the robust, almost gorilla-like build of the top left insect in this concept. It might be interesting to give the creature an ‘un-insect-like’ behaviour to match, a bit like the Kwama warrior. I’m not suggesting that it beat its chest or anything, but rearing up as an intimidation display certainly could work in that regard.

Thanks, Gnomey. Didn’t see this until just now, unfortunately! I don’t see your comment as rude, and also rather liked that concept. I’m not sure what we would fit it too, though. Do we have other insects in Deshaan? Wingless Skyrender drones maybe?

Did another scribble. This is a shalk drawn (painted?) stylistically, perhaps the way the Ashlanders or Dres would do. The orientation of it also makes it look like a hunched man in ritual garments—perhaps also a representation of Dagoth Ur?

My attempts at combining Mournhold, ESO Indoril, and Velothi tilesets into something usable for the poorer Indoril. Variations on combining colors, shapes, Indoril roofs vs. no roofs. In the last picture, the things above the door are supposed to be statuettes or bas relief carvings of Veloth.

Ooh I love the first three, especially the one with the roof. A suggestion tho, so it doesn't look just plastered on top, maybe you could add some nice elegant braces connecting the building with the roof?

Concept art for Dagi (tamarin-headed Khajiit). The key to getting across the monkey shape seems to be the ears set far to the back and down of the head, the large eyes, and the narrow (top to bottom) head. 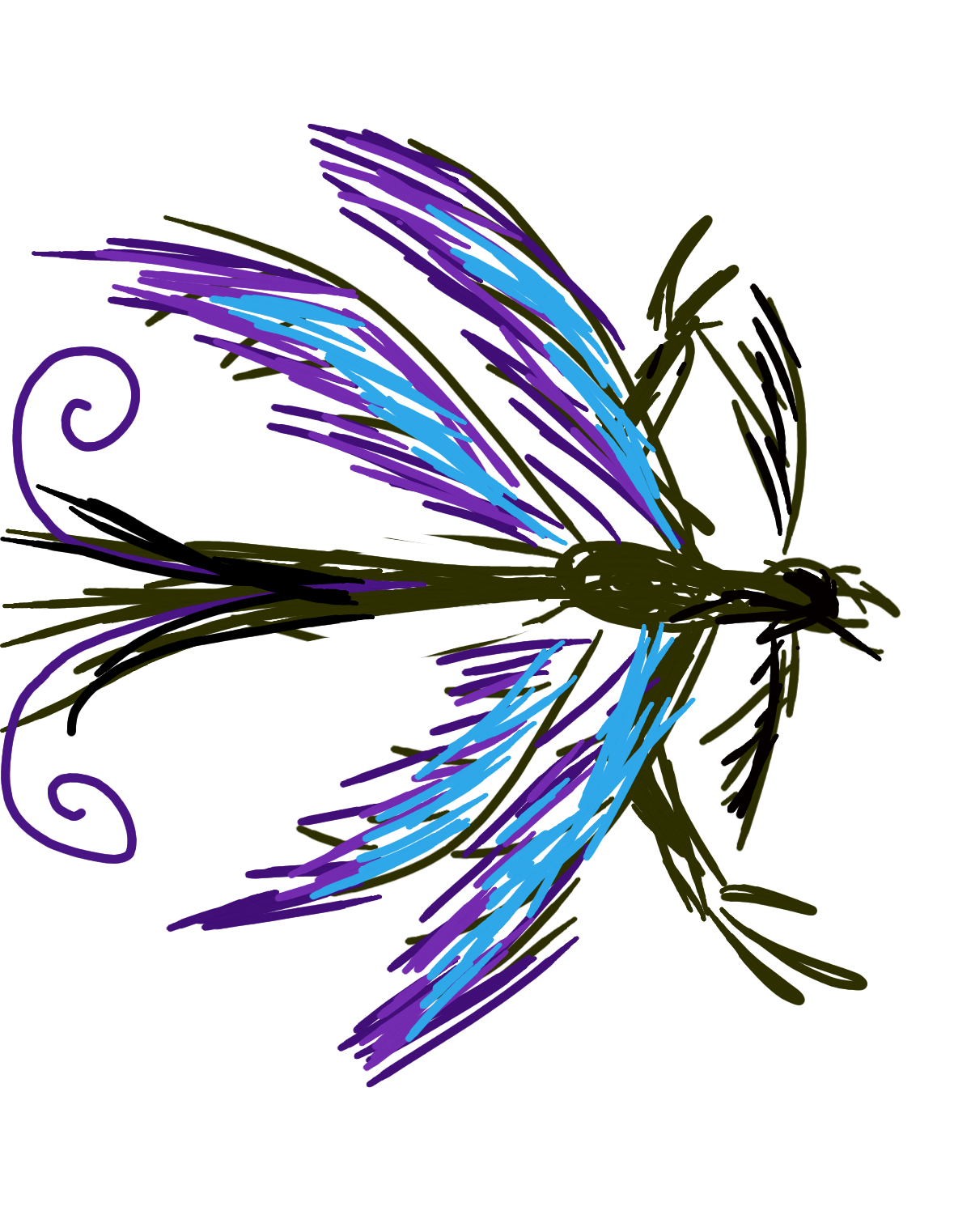 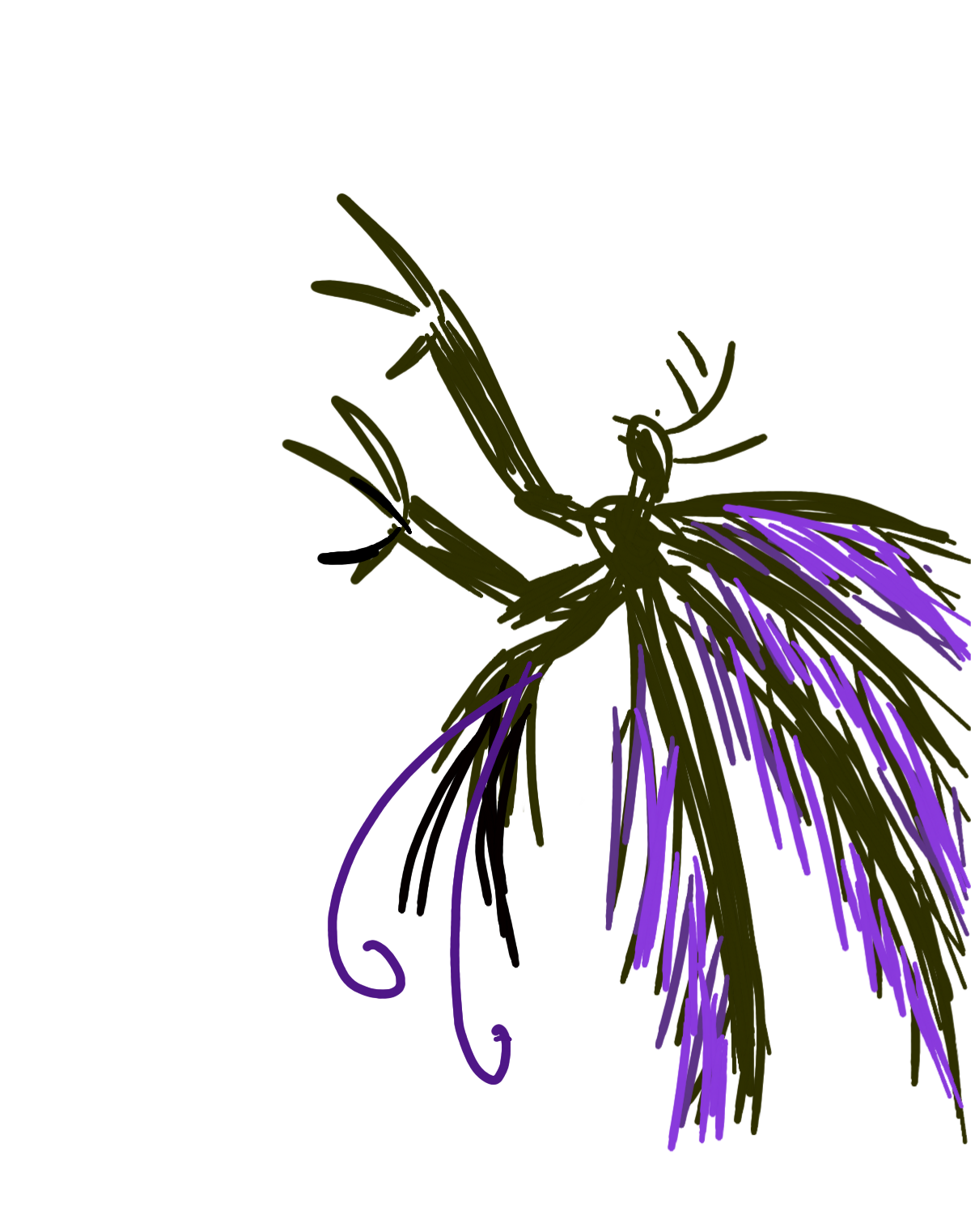 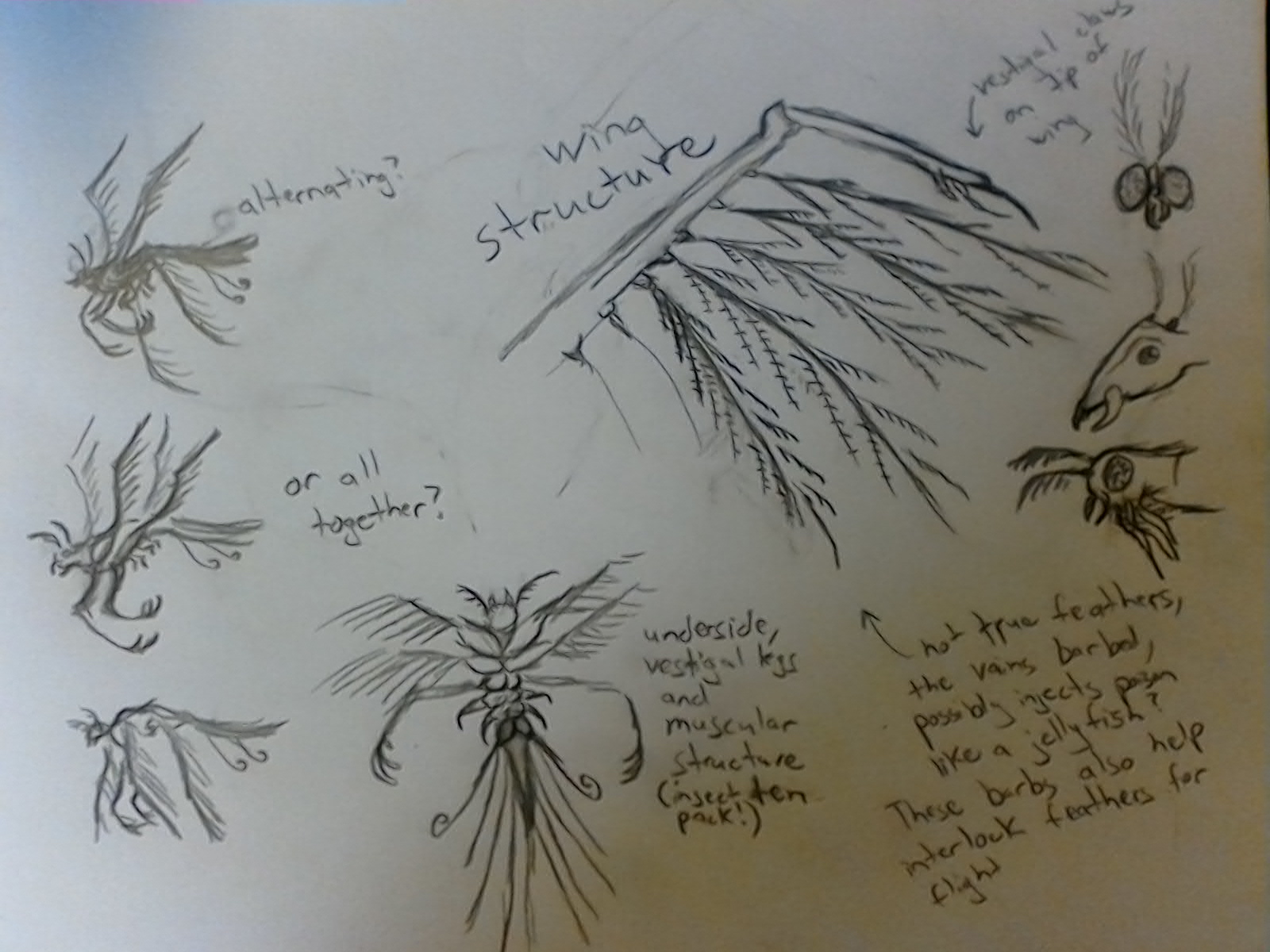 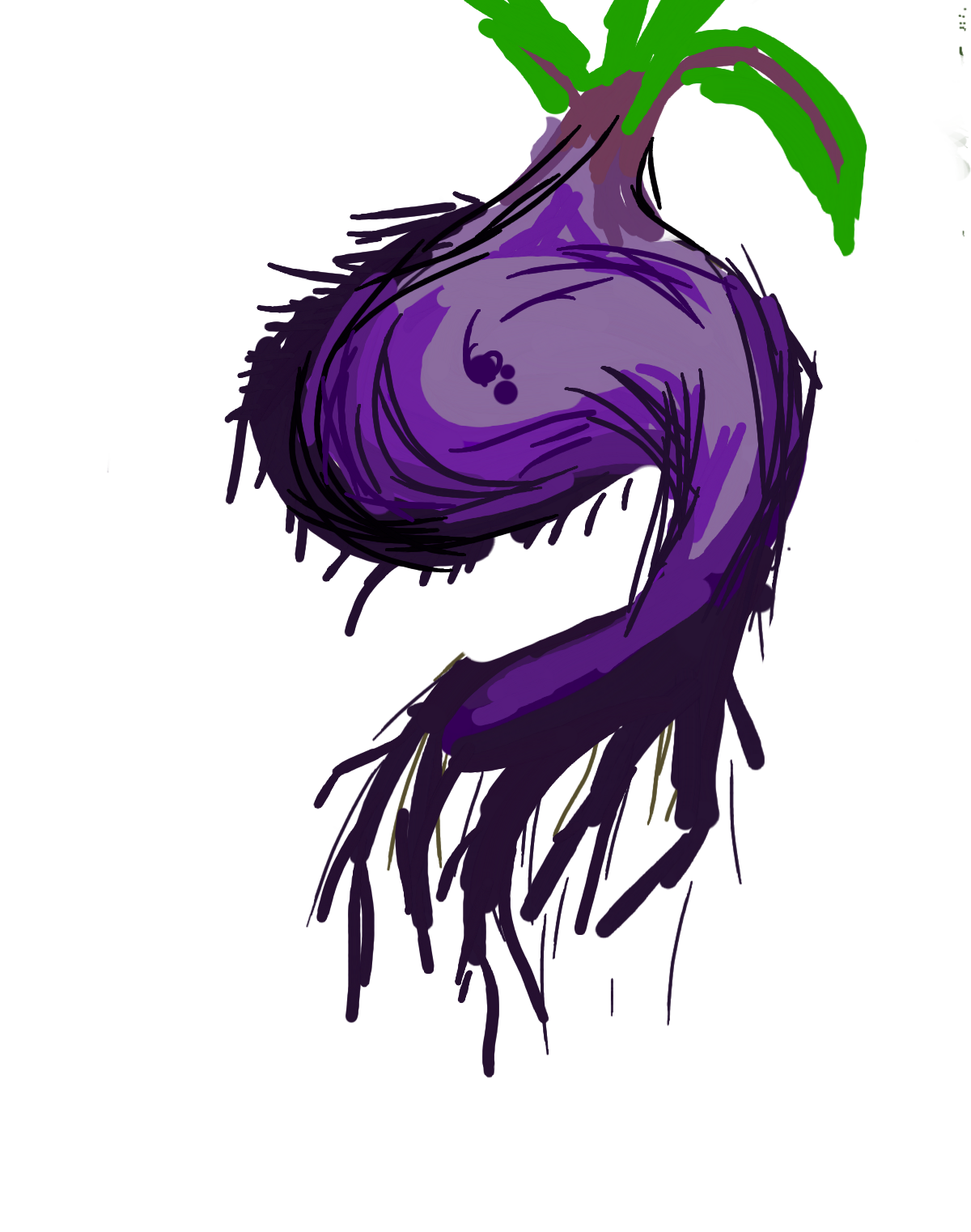 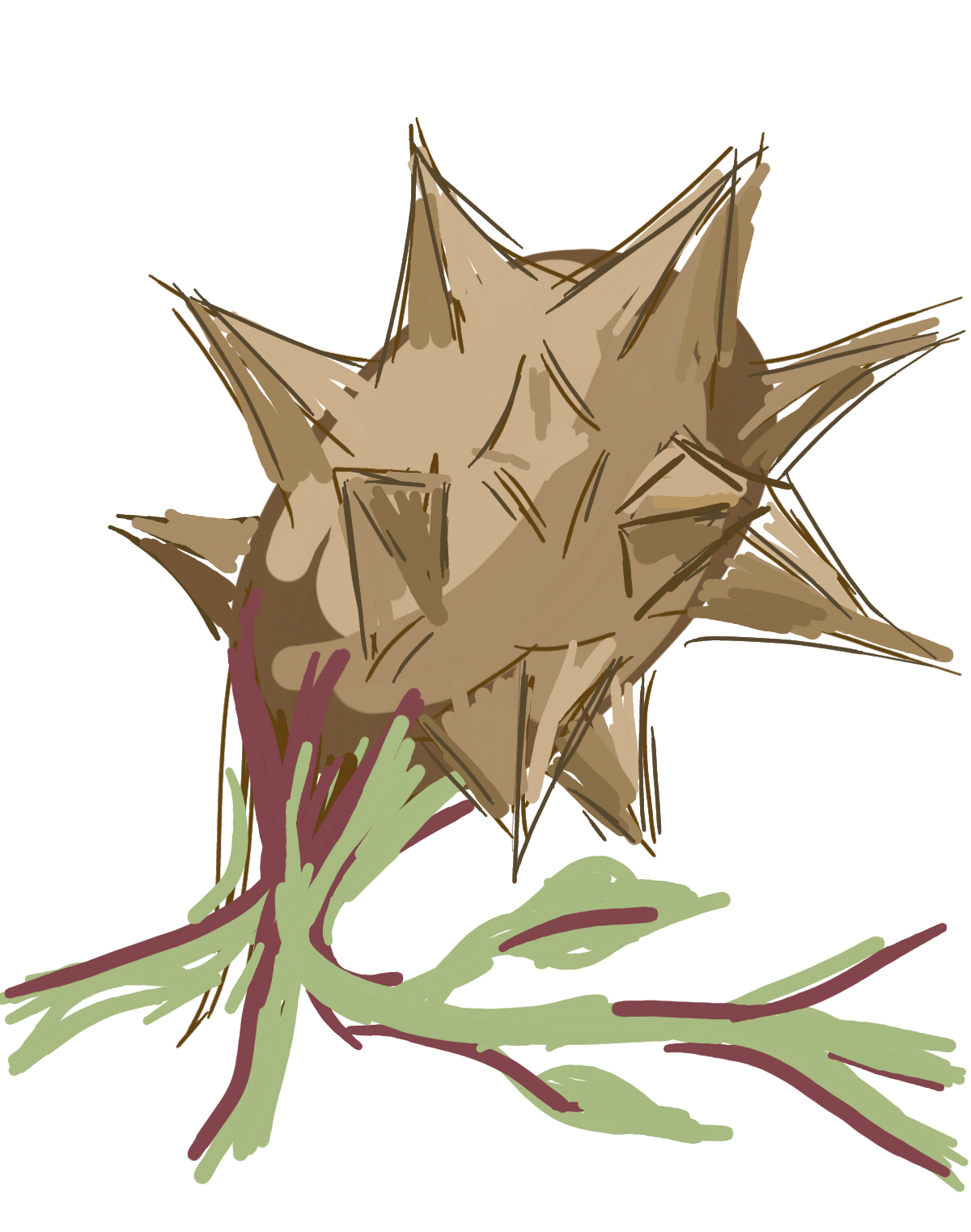 Tw new images: a carving of a Skyrender as might be found on Dres buildings. The abdomen and wings have Daedric lettering in them. The second are different takes on a Dagi-Raht (left images), and the right is a Dagi.

And then this one was larger than 2 MB for some reason...a few different takes on how Dres may incorporate Skyrender nests into their architecture.