Rot seems to have these taken care of.

Gnomey has graciously volunteered to handle it.
St. Seryn’s layout is going to be adjusted by Gnomey to be a more standard Velothi tower rather than a twin-dome structure. The rooms will not be affected, aside from one losing its dome.
Its name will be changed to ‘Serynthul, Infirmary’.
Bridges will connect St. Seryn to the eastern stretch of land, and another bridge will connect it south towards Dondril.
The eastern stretch of land will get a shack with a small farm, the interior being orphaned from Felms Ithul, as well as a small Dunmer camp (using the new Dunmer camp set) with a small herd of velk.
It will also get a new cave for a Fighters Guild quest.
If there are no existing plans for the empty area directly west of St. Seryn, it will get an outlander cowherd trying his hand at raising guar.

The potential to split Indoril-Thirr into northern and southern halves was discussed.
The split would likely occur just north of Roa Dyr and south of Vhul.
No one at the meeting is familiar with what splitting a section file entails, exactly, only a vague notion of how it is done.
When the release is closer by and it’s easier to tell what will be ready for inclusion into TR_Mainland and what will not, the split can be decided on and carried out by whoever is willing and able.

Two ideas for where it could be split: 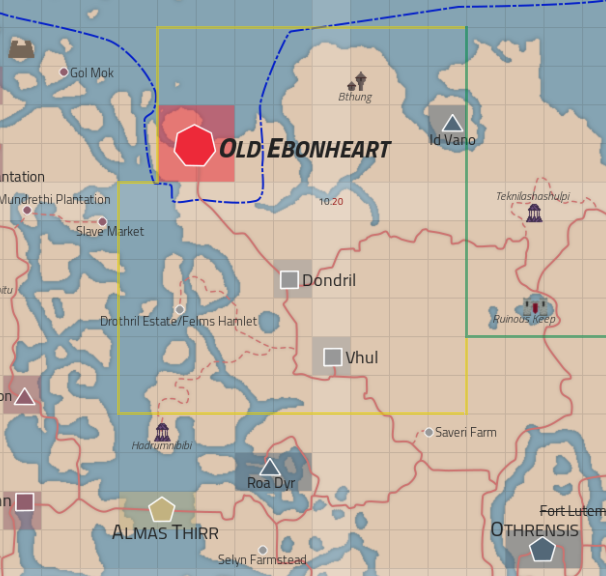