First a clarification as to what “minimum viable product” means: for a landmass to be merged into TR_Mainland it still needs to be complete (exteriors, interiors, NPCs, dialogue), stable and reliable for saves (no reworks!) and additional (quest) claims.
If it would just end up being Telvanni 2.0, it’s not viable.

What Old Ebonheart needs to be mainland ready:

Indoril-Thirr needs some serious cutting, as currently Roa Dyr and Almas Thirr are a bottleneck on the file and they will not be ready by March.

At cursory glance, Dondril has at least the following problems:

Cutting Vhul and Dondril out of Indoril-Thirr is a project that will be attempted next week. With three possible cuts, the middle one was agreed upon: 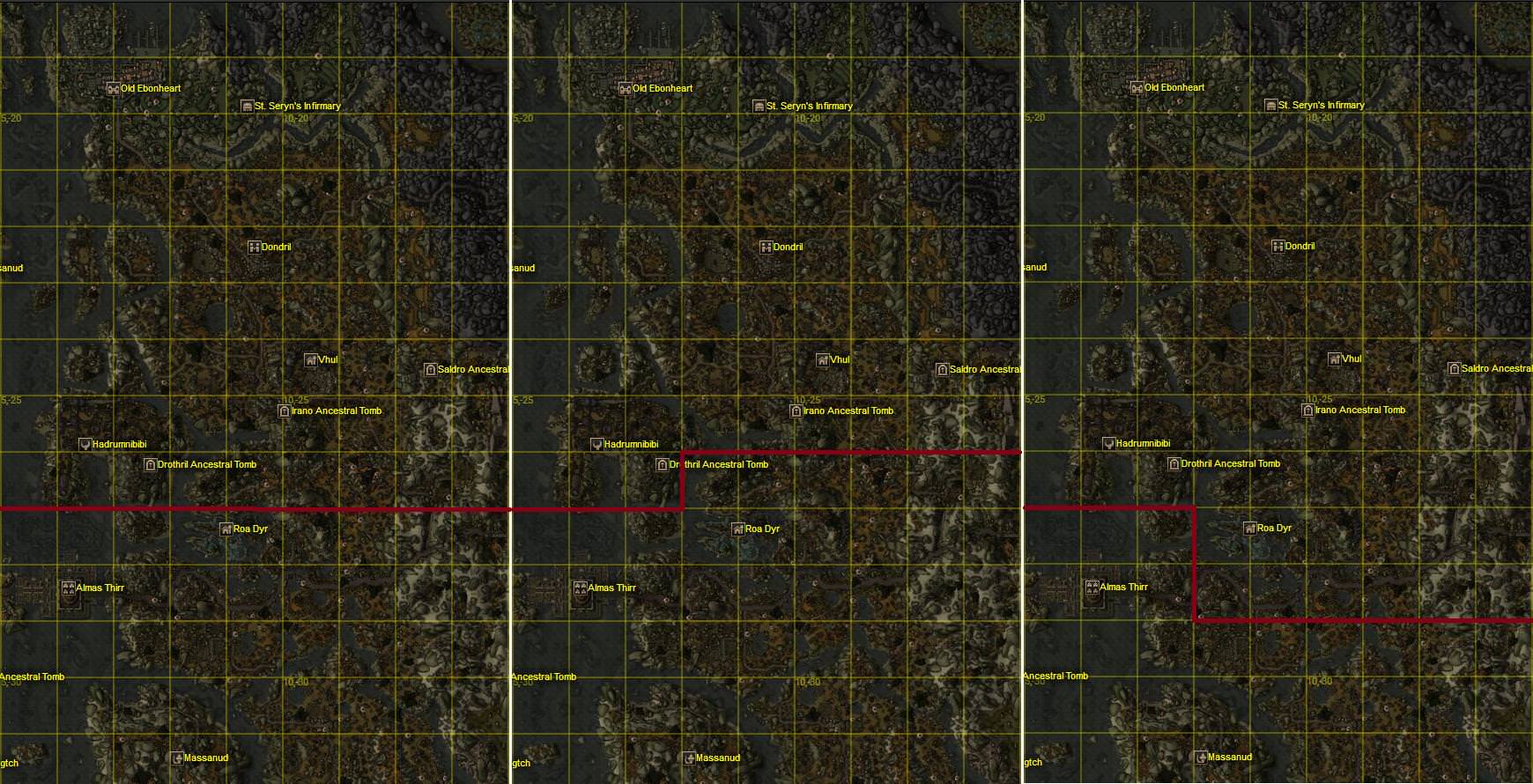