High-priority in need of attention 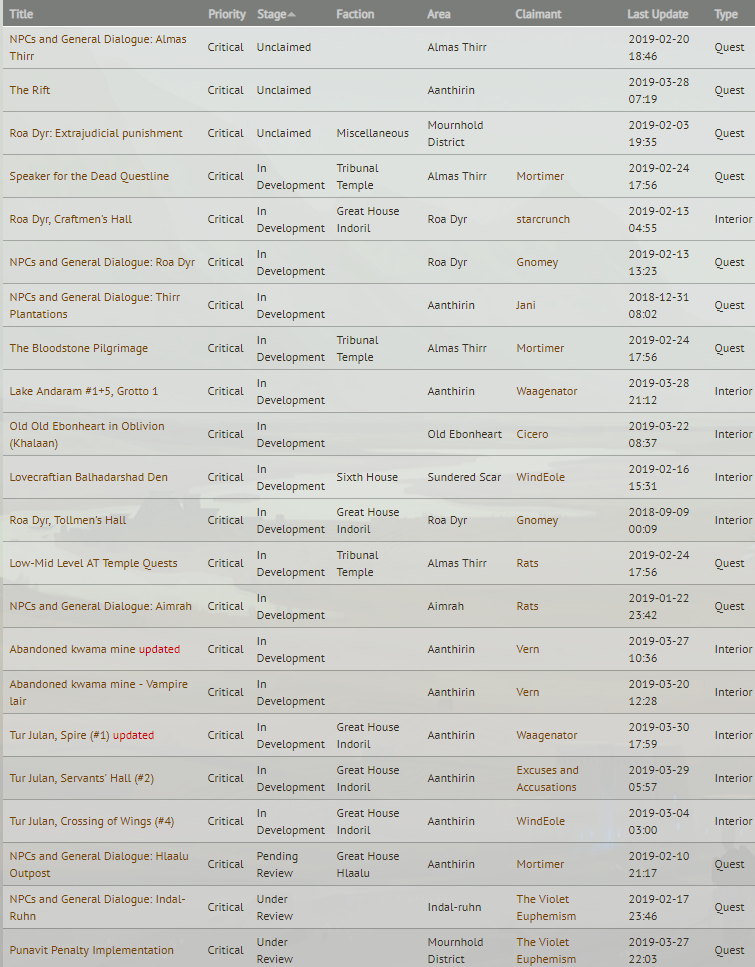 Note: in order to make its status more clear, “Bottleneck” has been renamed to “Critical”.

After the release, we need to tackle the open question of how to best reorganize the mainland temple pilgrimages (and how to integrate them with the Vvardenfell one via TR_Factions). They are currently not very good and must be reworked at a future date.

Propylons were discussed again. MinerMan proposed a part of the heartland network (below). The ruined chamber under OE never ended up being made, but will be made soon by Atrayonis. 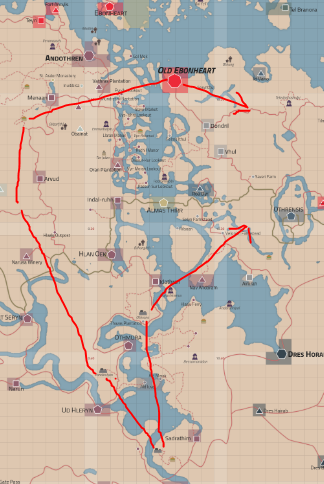