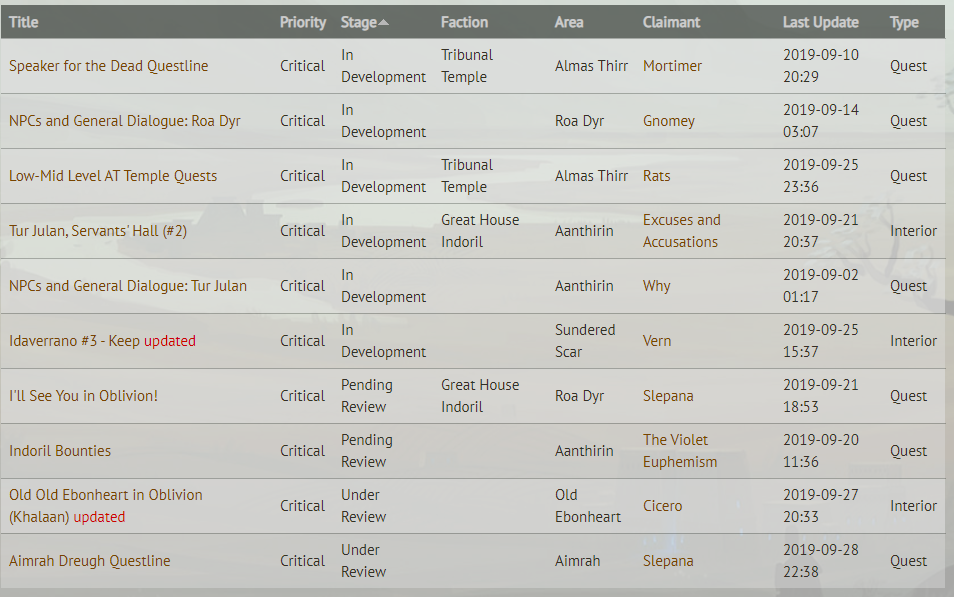 What can be done by the layman? Quest playtesting!

Formal review should only consist of checking the scripts. Then merge everything (low level + speaker + see you in oblivion + khalaan) into a single giant claim and get like a Devs to playtest it from beginning to end.

The Roa Dyr bell sequence will be added into Khalaan as soon as it is completed. A mock script has been designed, Violet is taking the claim.

Much editing was done during the meeting. There are still a few points that need to be done:

The general desire is to tackle Shipal-Shin, the Hlaalu, and ultimately Narsis.

For the next agenda meetings after the release, the first points will be:

We dove into Andothren a bit. Gnomey stressed that the city has already been planned out and that we just need to follow those plans. He linked to a rough collection of said plans here, saying they should be summarized better later.

The little -7, -16 celled Tier IV settlement that could got some development done after Cicero pitched his revamp concept:

A plantation in northwestern Roth-roryn had a weird layout which bugged a few developers. As in the Morrowind concept map there’s an unaccounted for settlement in the rough location, Omaynis, we decided to adjust the plantation accordingly.

A nearby Kwama mine will be moved closer to the settlement, and it should get a small manor, a smithy, a bar/inn, and perhaps one or two new buildings besides, with Hlaalu wall pieces around it, to protect against bandits, “bandits” from the west, and wild beasts.

Gnomey added in a Siltstrider and drew up a map for the future setup: 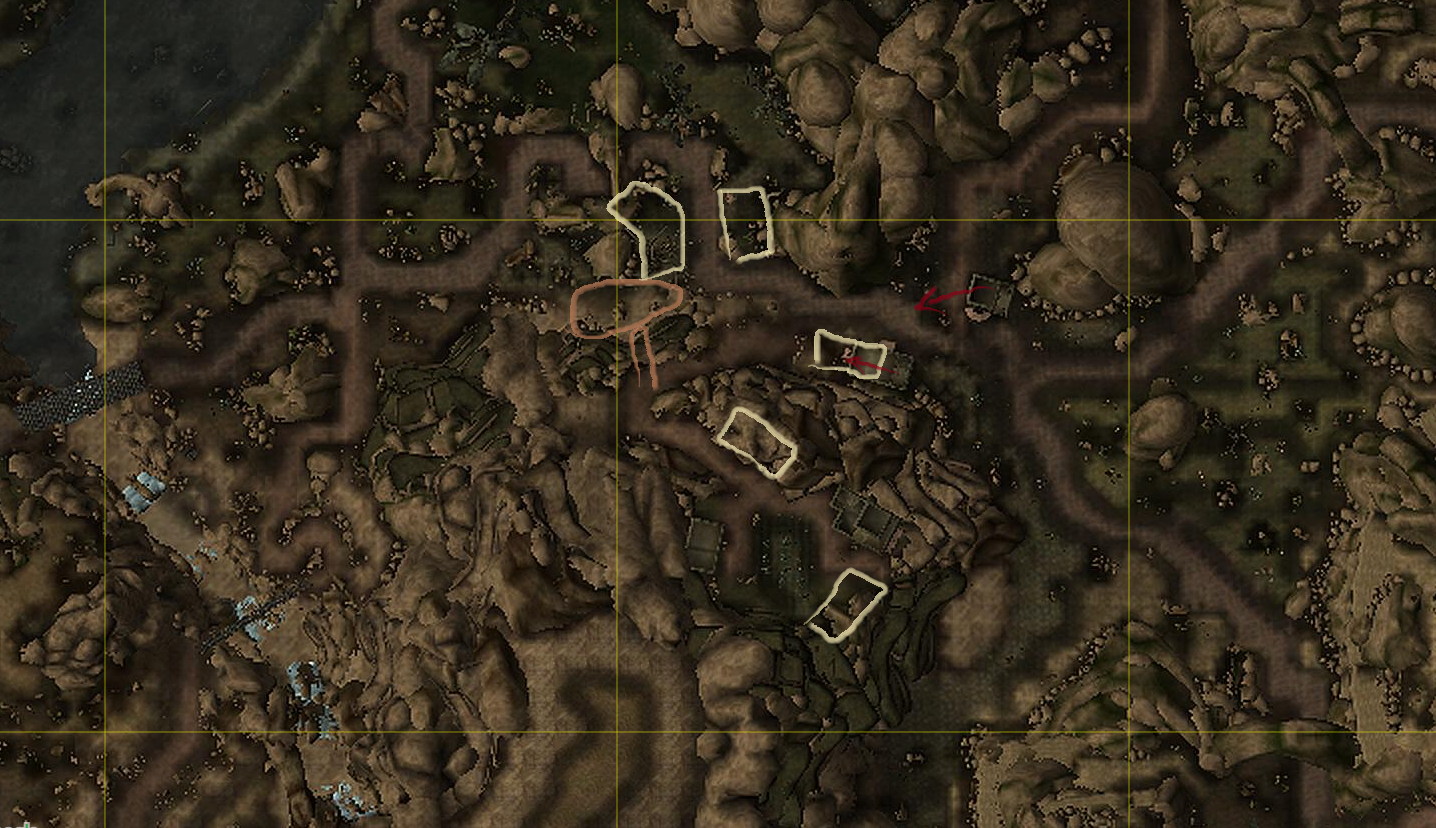 The person implementing the settlement needs to make sure all the doors and NPCs remain within the cell, as it will be a close fit.