The template meetings have been discussed and we decided to tackle them in this order:

A new region will be spun off, with one cell going into Armun Ashlands and six cells from the “borderlands” merged into it. 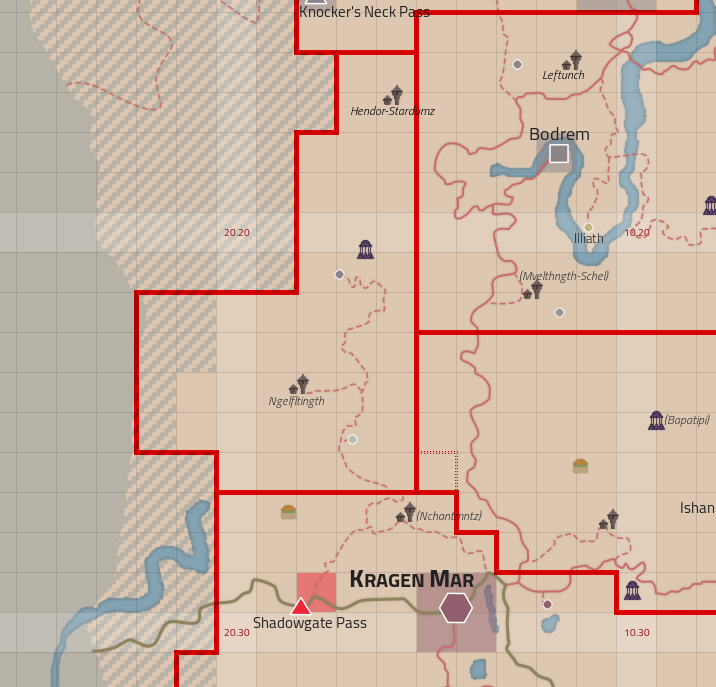 A release file has been added and just needs to be filled with life.

The DoD release will consist of 3-4 section files. For the most part (though in need of update for stuff like levelled lists) roadmaps for the sections have been laid out and are linked below:

To progress on Andothren interiors, we need a spreadsheet with

Once this has been set up, Gnomey will make a proposal for what buildings should be moved where and which should be removed/added.