Putting Andothren progress very briefly: Andothren Dwemer ruin exterior I consider complete pending the new lighthouse model. Dwemer ruin interior I intend to work on over the next week. Andothren interior splitting can be set up by anyone who has the time; split off the interiors Vern singled out in his posts on the forum and put them into design claims for further processing. I might find the time to do that over the next week, I might not. Andothren exterior work is still waiting on the modular set, but I have a few things to take care of before that anyway. (Mainly the Dwemer ruin interior and also possibly Andothren temple interior. 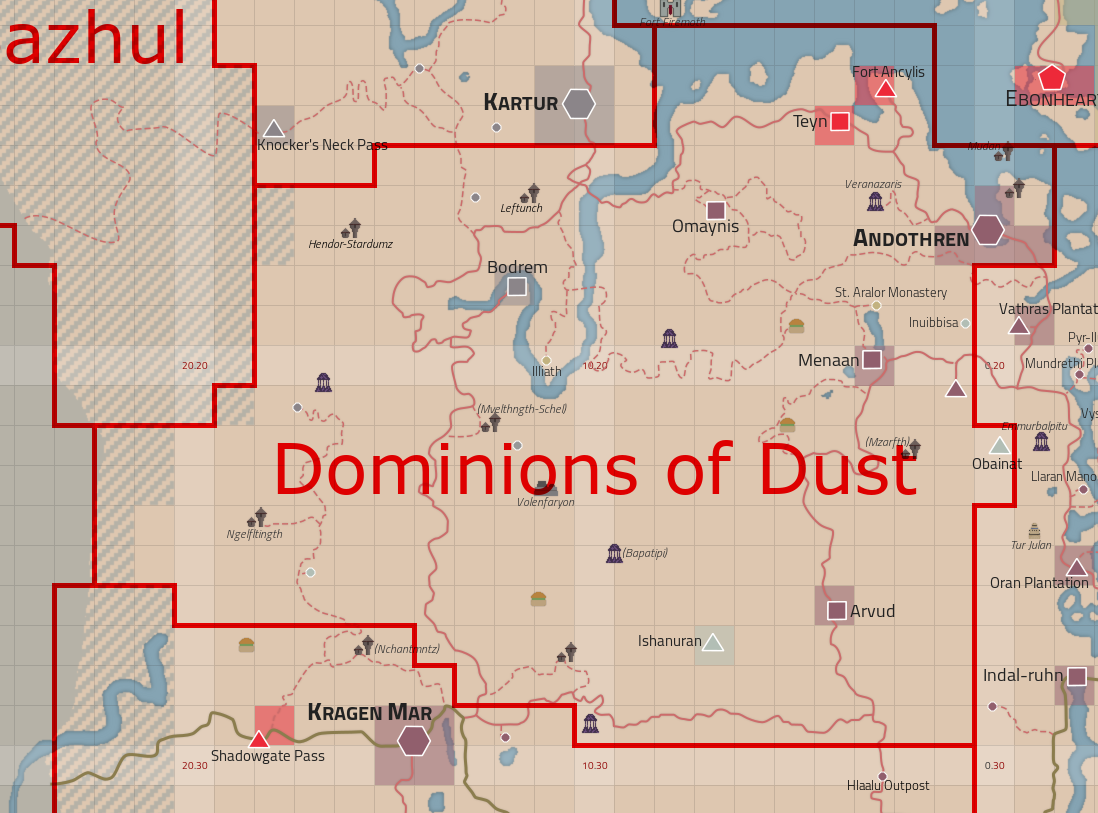 When AA and RB are merged: 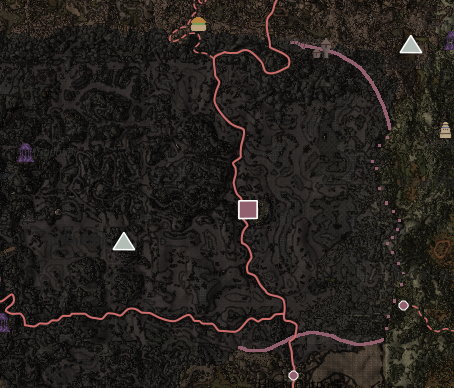 There are also some long-planned edits to the roads which never got implemented: https://www.tamriel-rebuilt.org/old_forum/viewtopic.php?t=24617

While the maps in that planning thread no longer work, the solid line roads on the gridmap happen to align with the roads that were intended to be paved: 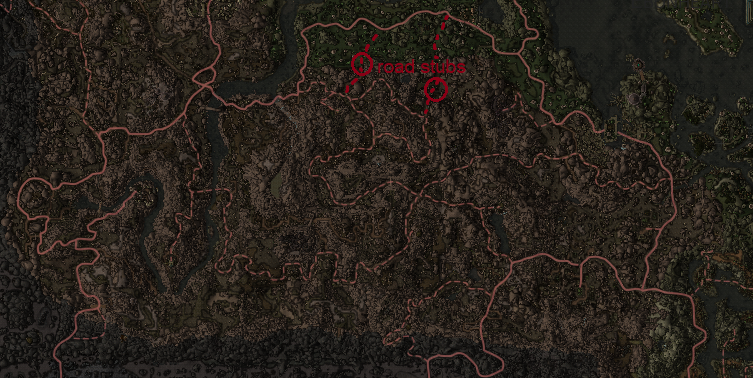 The two marked road stubs were intended to be linked to the road in Ascadian Bluffs since the Roth-roryn redo before last, which made it a GL canyon region (which only one claim in the area had been before then), but the roads were never completed. The one in the west currently ends at a tomb, but should be continued past it.

Save for Andothren, it looks like progress is satisfying.