Interiors are being worked on.

Charger has taken over preparatory work for NPCing and generic dialogue.

The first quest (retaking the Fort) gets offered:

The second quest (building a player stronghold) gets offered:

The player is sent to Sellus Gravius and the mercenaries (and boat) assemble as per the original plugin. Dialogue fleshing out the other characters can be entered here. 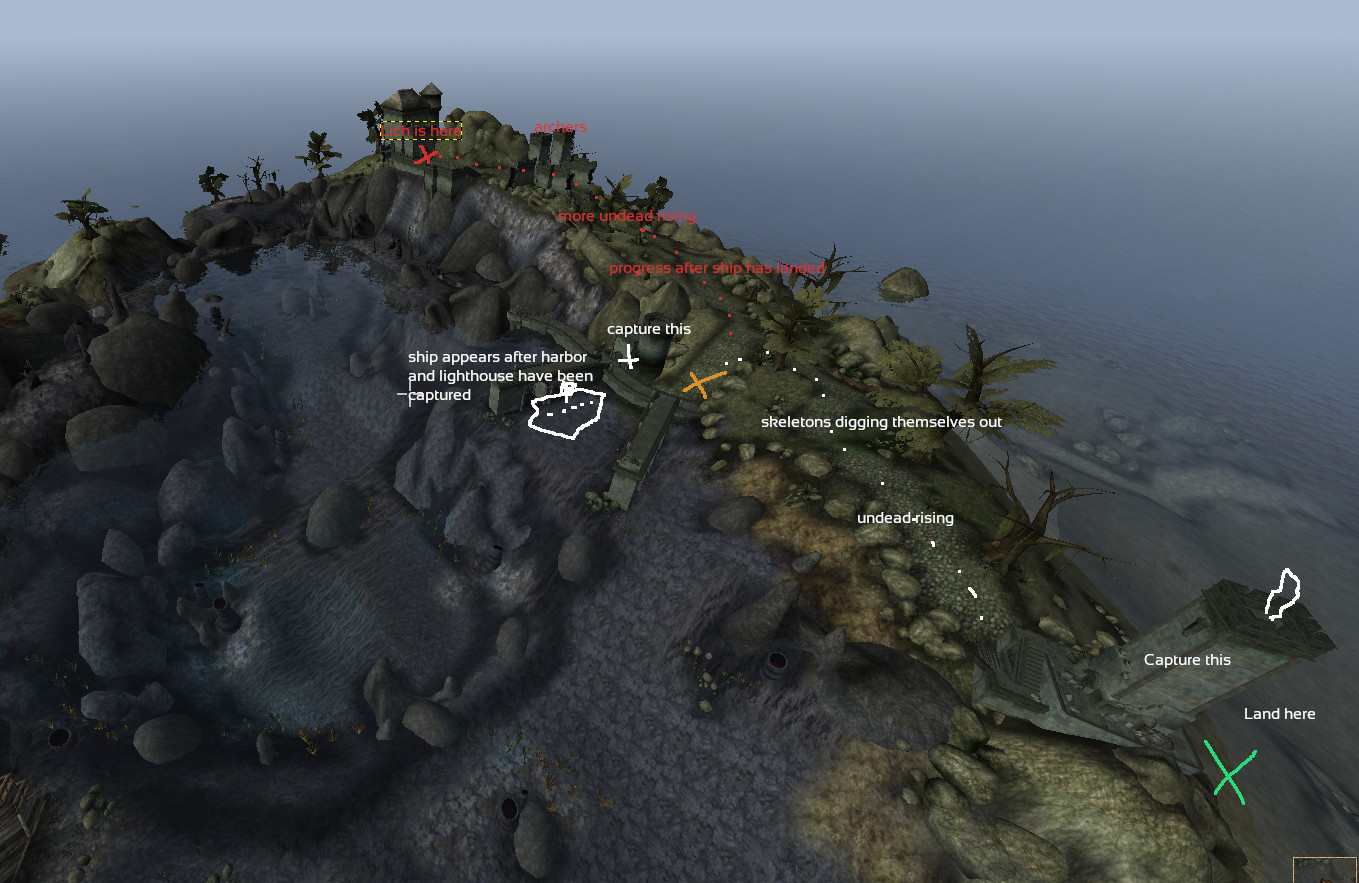 The intended progress is depicted here: the player and companions land on the beach, need to clear the lighthouse and light the fire, then clear the harbor warehouse so the Legion ship spawns in the harbor and reinforcements disembark.

After this point, the player and companions work their way up to the fort and into the courtyard.

A sufficiently capable player can just skip one or several parts of this, as the keys unlock doors that are outfitted with regular locks (75-100).

If the player simply kills the Lich without any quests, the Empire will simply retake Firemoth  (light the fire, land the ship in the harbor) after a while.

Whatever is underneath Fort Firemoth (the Saros Ancestral Tomb, now decreipt, and an ebony or glass mine) and more background to Grurn was discussed.