Work is progressing, next WIP file is to be put up after the meeting.

Current list of Strongholds with Propylons (now or in the future): 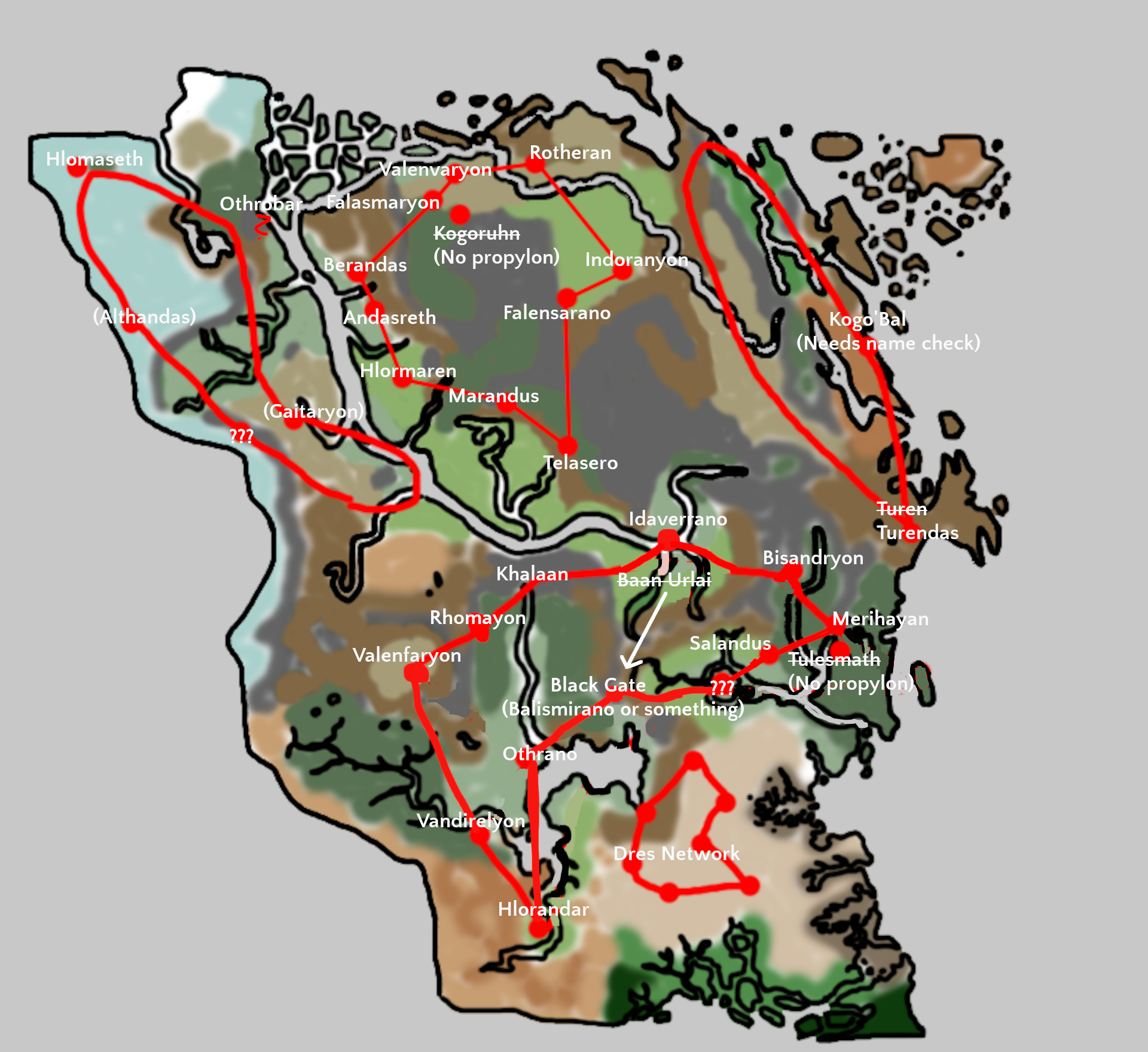 A few names were brought up as possibly needing revision:

Rename ideas should be directed at this topic: https://www.tamriel-rebuilt.org/forum/locations-mainland

The current implementation is seriously lacking, though: the skeletal corpse of St. Delyn is in a barren room, hidden behind a level 60 door with an extremely hard-to-find key. There are fresh Imperial corpses in a room up ahead, with no apparent explanation as to how they got there. Might be related to a Voralith Clan proposal from 2014. There is otherwise no living or dead creature or NPC in either Baan Urlai or the Telmahre Cavern that connects it to the worldspace.

There should be a Propylon chamber either on the top level or on the worldspace surface (which would otherwise only have Stronghold bits sticking out that were repurposed as one of Almalexia’s gates.

For Baan Urlai proper, the location is to be redone as a Velothi Tower. St. Delyn could be implemented as a mummy, having undergone ascetic self-mummification in the earliest days of the Tribunate.

As far as Index placement goes, these are currently placed (in the release files):

These and new Indices can be placed into Mainland whenever an opportunity or good spot arises (but not more than one copy, each). Vanilla Morrowind places them in Strongholds or in locations that are visited for quests or generally interesting (like Arv Drelen or the Maar Gan shrine).