Note: it's not currently clear if we are having a meeting this week. Please leave your feedback here: https://www.tamriel-rebuilt.org/forum/2020-08-23-meeting-summary#comment...

The meeting started with a look at Wolli's asset removal and deprecation tracking list. A few details aside, no large issues were found with it.

A side issue came up of gems, specifically the idea of renaming a few (mainly alexandrite and tektite, another candidate (kunzite) was already removed though the asset is used for a unique object) and readding gems that were cut or never properly implemented, like citrine.

The new names floated for alexandrite and tektite are ‘wyrmheart’ and ‘profane aether’ respectively. (With ‘aetherial shard’ being an alternate suggestion for the latter that probably sounds too generic). Alexandrite could use a colour change as it currently looks similar to the sapphire and as natural alexandrite is not primarily blue. Light green with a possible reddish tint (alexandrite changes between red and green based on lighting) would be a better alternative.

We also touched on the topic of armour and weapons, and specifically ended up discussing expanding or restricting vanilla sets.

In terms of Dunmer sets, more chitin and other low-end weapons would be welcome, though not longer weapons due to chitin’s brittle nature.

The dreugh set could use some limited expansion; vanilla concept art has a dreugh axe, and a halberd and battleaxe could be added based off of that design. The dreugh set does not need to and should not be turned into a complete weapon set, though. Asset page added here: https://www.tamriel-rebuilt.org/asset/dreugh-weapons 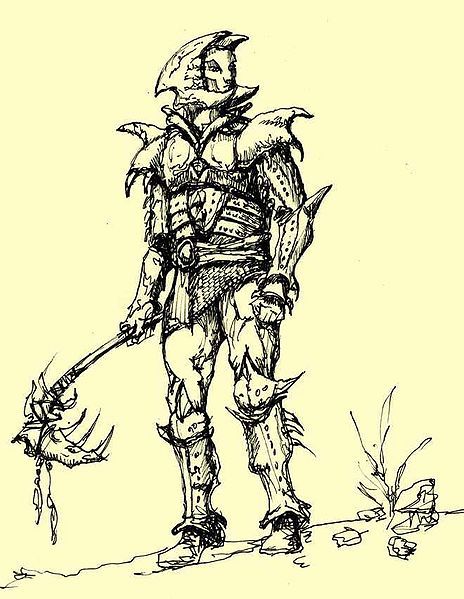 It was generally felt that the Redoran ‘ceremonial’ blade could be expanded on and perhaps renamed (as it appears to be a practical weapon as opposed to serving a mere ceremonial function).

Beyond that there was talk about adding a mid-tier native weapon set to be used by more traditionalist retainers and minor nobles as opposed to the cheaper chitin and aena; too exclusive glass, ebony and Dwemer; or foreign steel and silver. The general conclusion was a weapon set based on composite bonemold and steel (often as reinforcement), with possible chitin elements and possible silver plating. The chuzei helm incidentally shows an example of steel reinforcing bonemold. Asset page added here: https://www.tamriel-rebuilt.org/asset/bonemoldsteel-composite-weapons 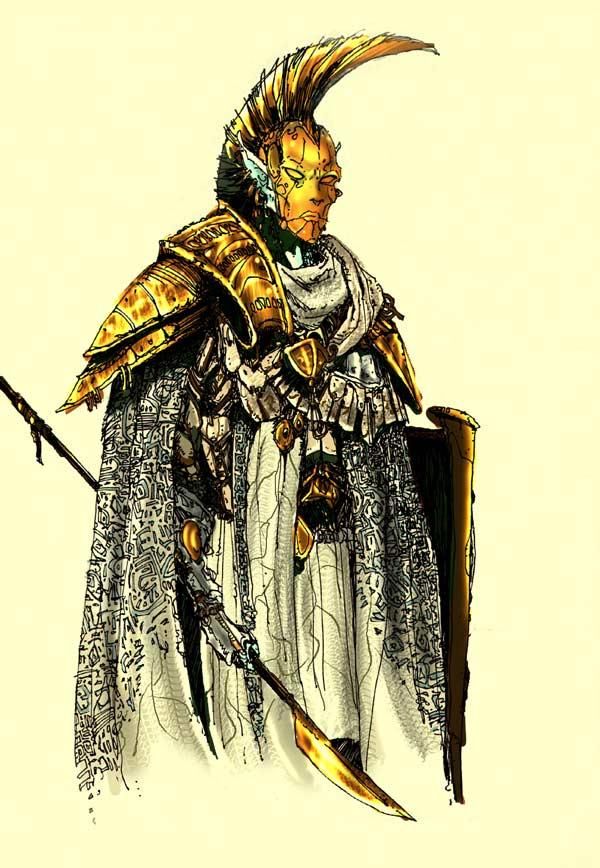 Some weapons based on the vanilla Ordinator concept were also suggested; gilt chitin or steel (or composite) weapons. The spear from the concept art as well as, for instance, a scimitar (like the Tribunal ebony scimitar) and a mace. Asset page added here: https://www.tamriel-rebuilt.org/asset/indoril-weaponry