Next, I look at my quest journal entries. I see I will need at least one more entry to handle this extra quest step. Luckily I remember to put a gap between Indexes 50 and 60 so that I could add more quest steps here. Here is my new shiny (don't tell Kevaar) quest step:

Journal Index 52
I returned to tell Kevaar about the ring's owner, but found him being attacked by a scamp! He can't speak to me until I kill it. 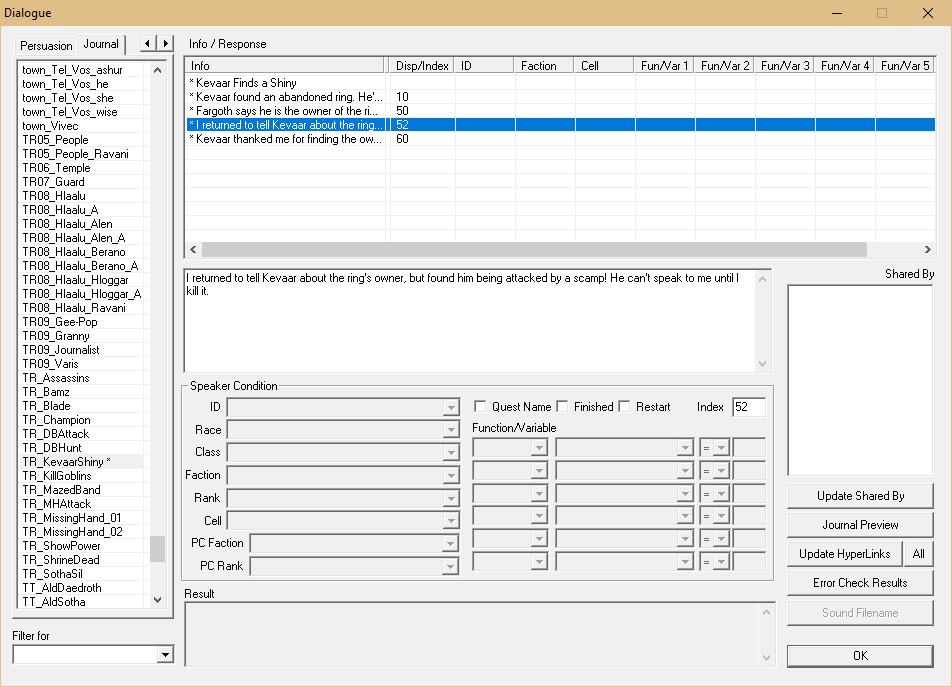 Next, I want to be sure I have all the Objects I will need to create this quest. My design only has the inclusion of one new Object from my original design, and that is the scamp itself!

To create it, I will first navigate to the Creature window. Since the creature I want to make is of a kind already present ingame, I will scroll down to "scamp", right-click on it, and choose Edit. I get a window that looks like this: 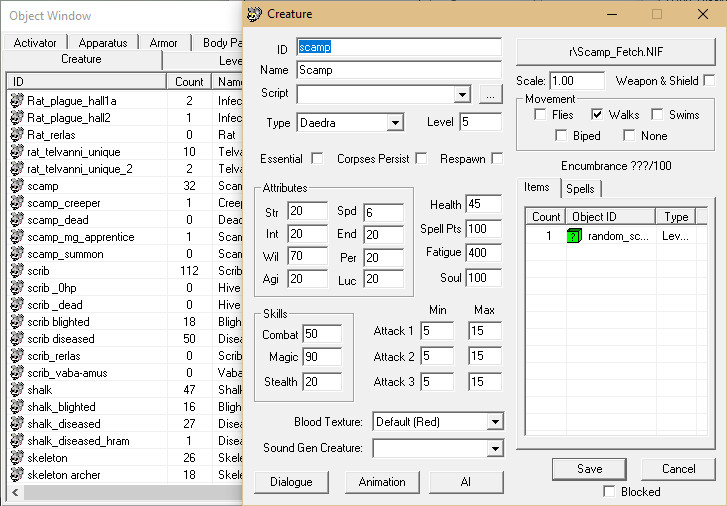 This should look familiar. Creatures are handled in a similar way to NPCs in the game engine, though they will have different stats and a few different functions such as Movement and Blood Texture. For the purpose of my quest, there is very little I need to edit here, as my new creature will just be your ordinary scamp.

ProTip: Consider when you expect the player to encounter your quest so that you can appropriately level your creatures. Since this is a starter town, dumping even a scamp on the player may be a good recipe for player death, so I might want to consider nerfing the scamp, such as making all of its attacks only 1 - 5 damage, or setting its health to 15. With an eye towards detail, I could then change the scamp's Scale to 0.75 and rename it Stunted Scamp--if only so the player doesn't then go around proudly bragging that they now can defeat scamps without realizing this one was a gimme!

There is one change I need to make regardless though, and that's creating a new ID, so that my editting of this Creature won't inadvertently cause changes to all scamps game-wide. You should already know how to do this from the previous tutorial, but in case you've forgotten, here: type a new ID into the ID subfield, then click save. The CS will ask you if you want to create a new Object. Click Yes. 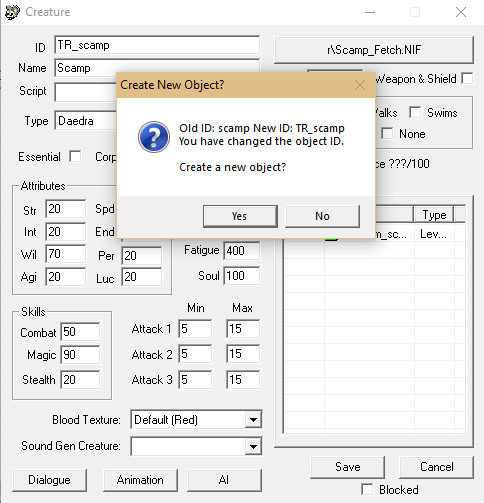 The window will close, and I will have to find my scamp and reopen its window. Now I am ready to begin customizing my scamp without fear I might change all scamps present in the game!

While I'm here, I also want to check my scamp's AI package. Since scamps are a hostile creature normally, I will probably not need to change anything here, but adding a Creature for the player to fight only for the Creature to...not fight would be rather anticlimatic so I always want to check! 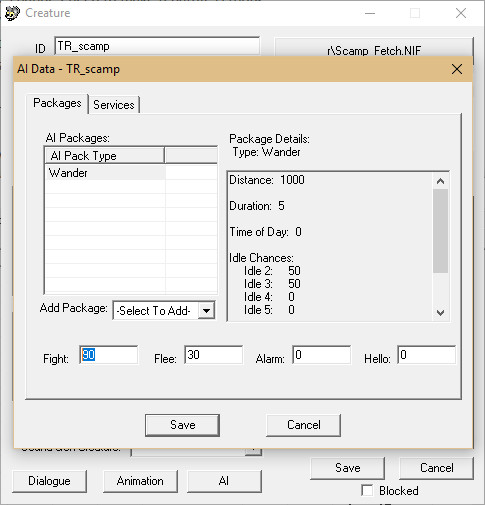 I see that the scamp's Fight value is set to 90. Good. This means it will attack the player as soon as the player gets close enough.