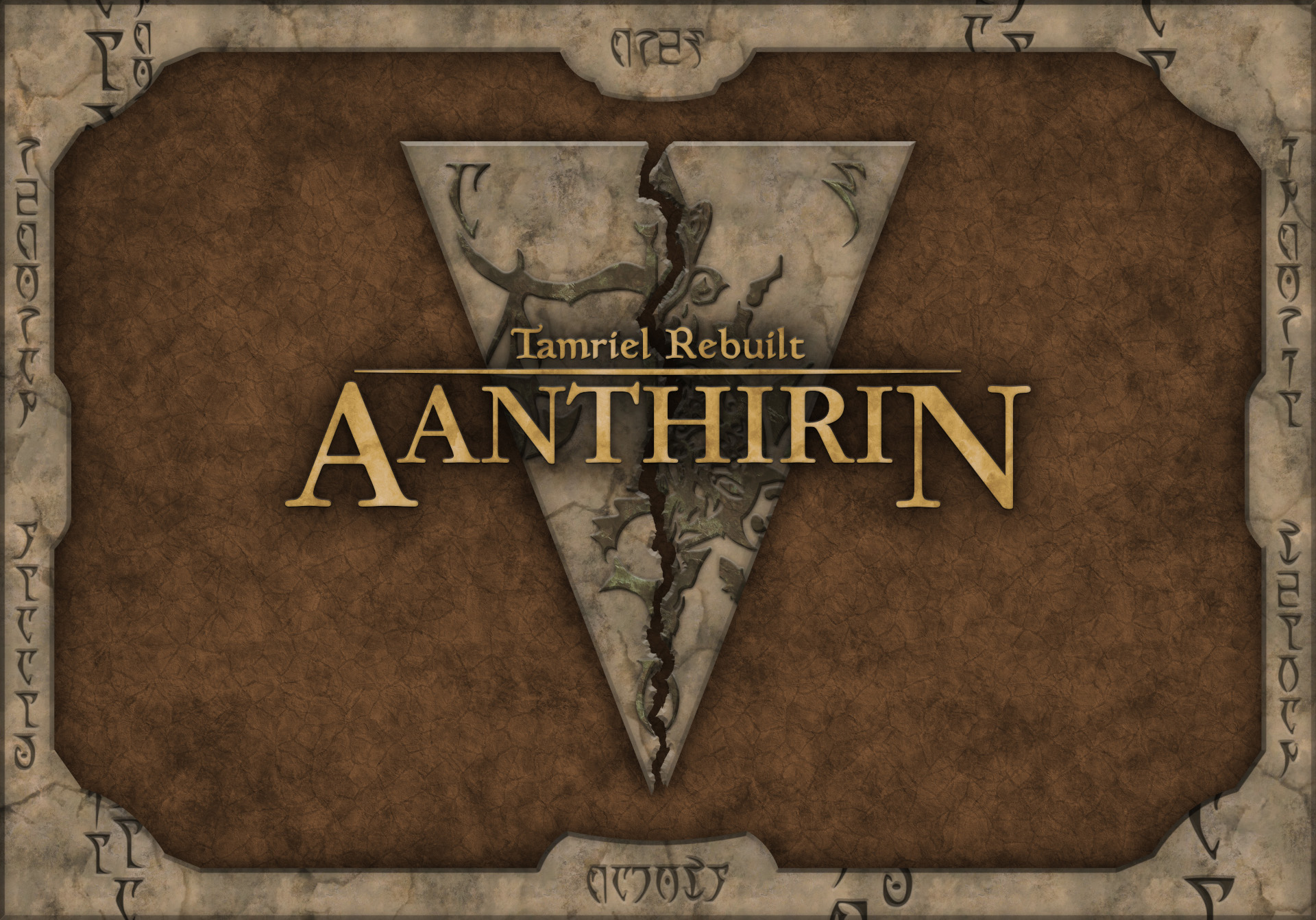 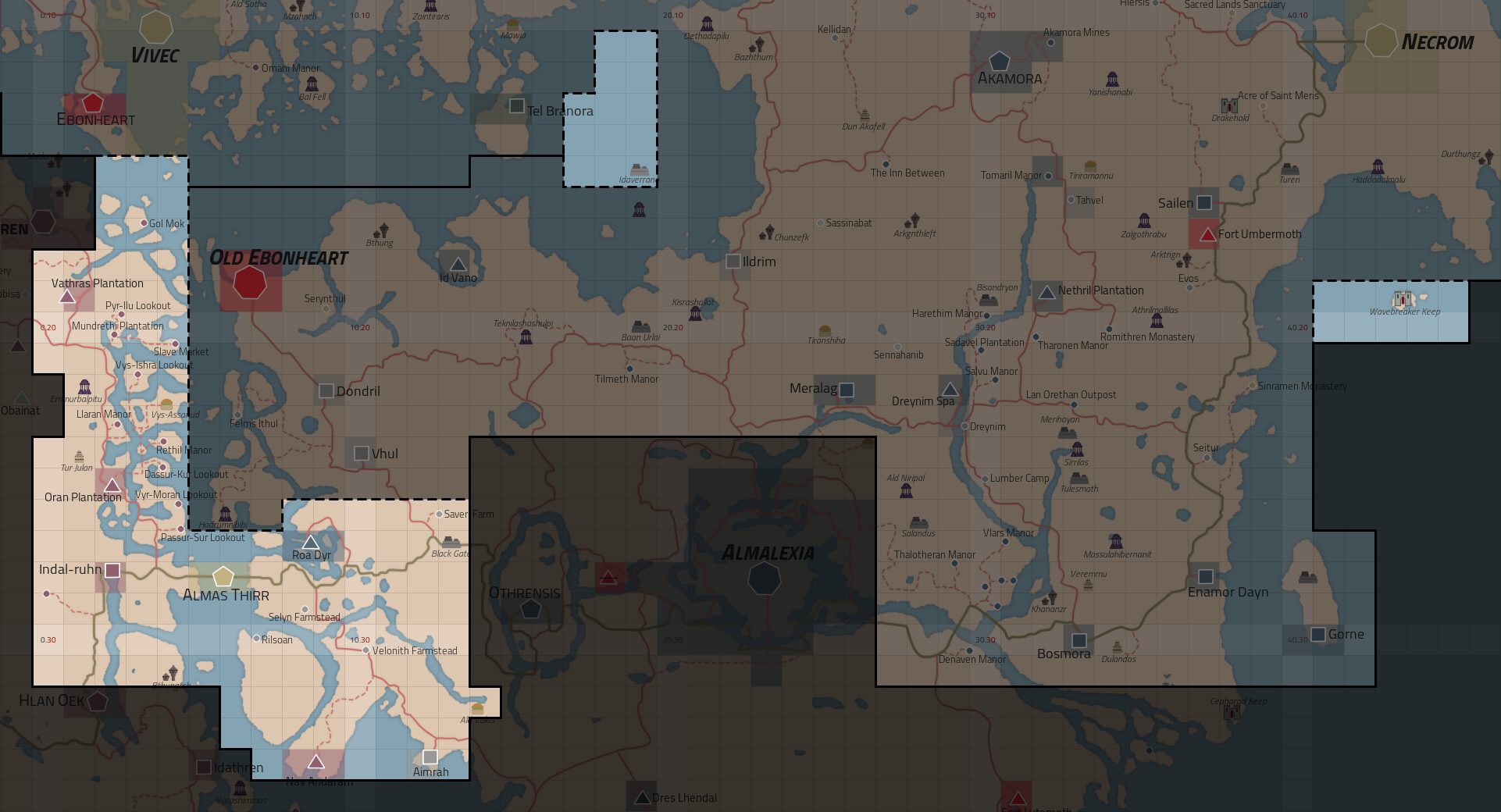 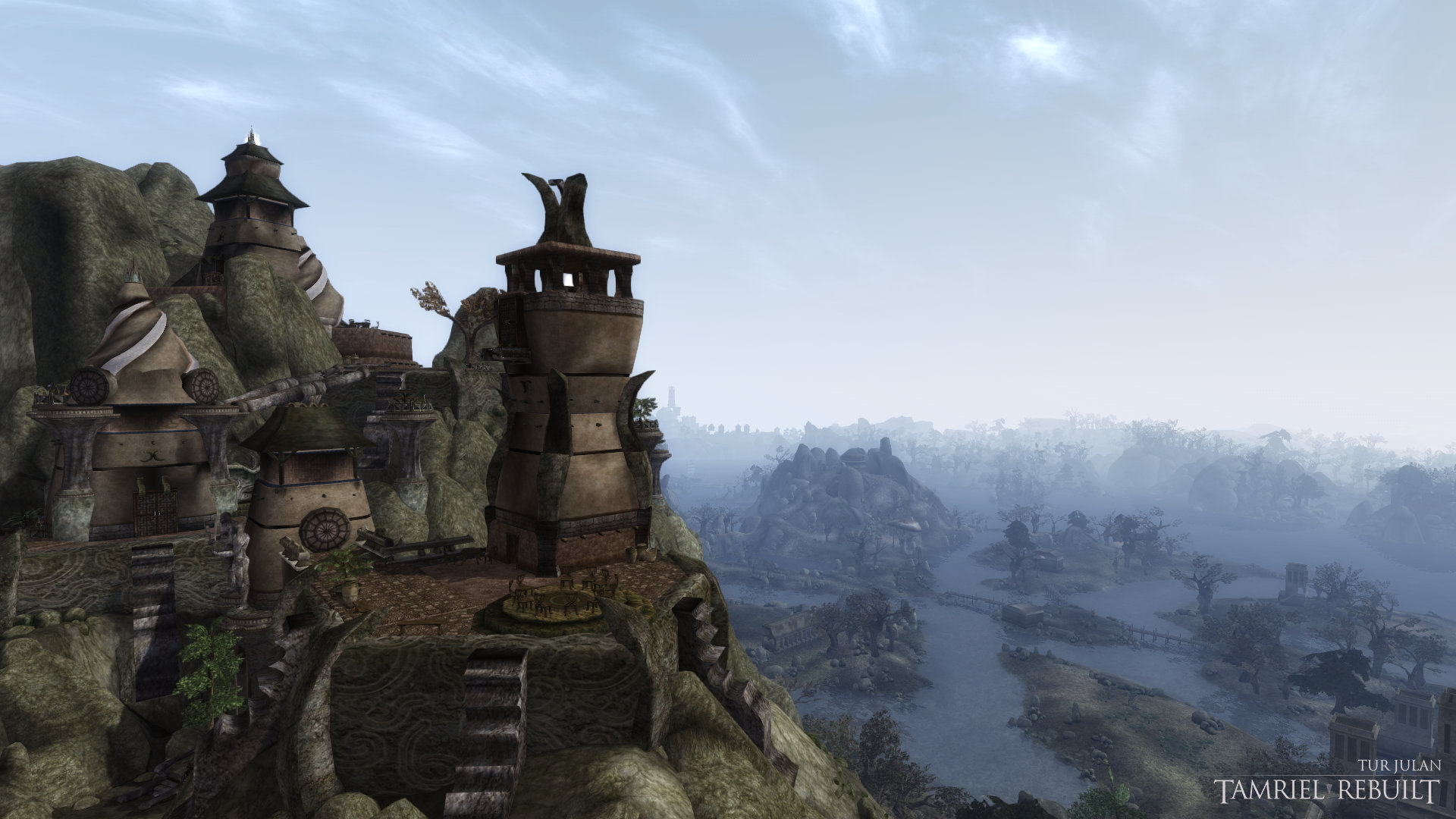 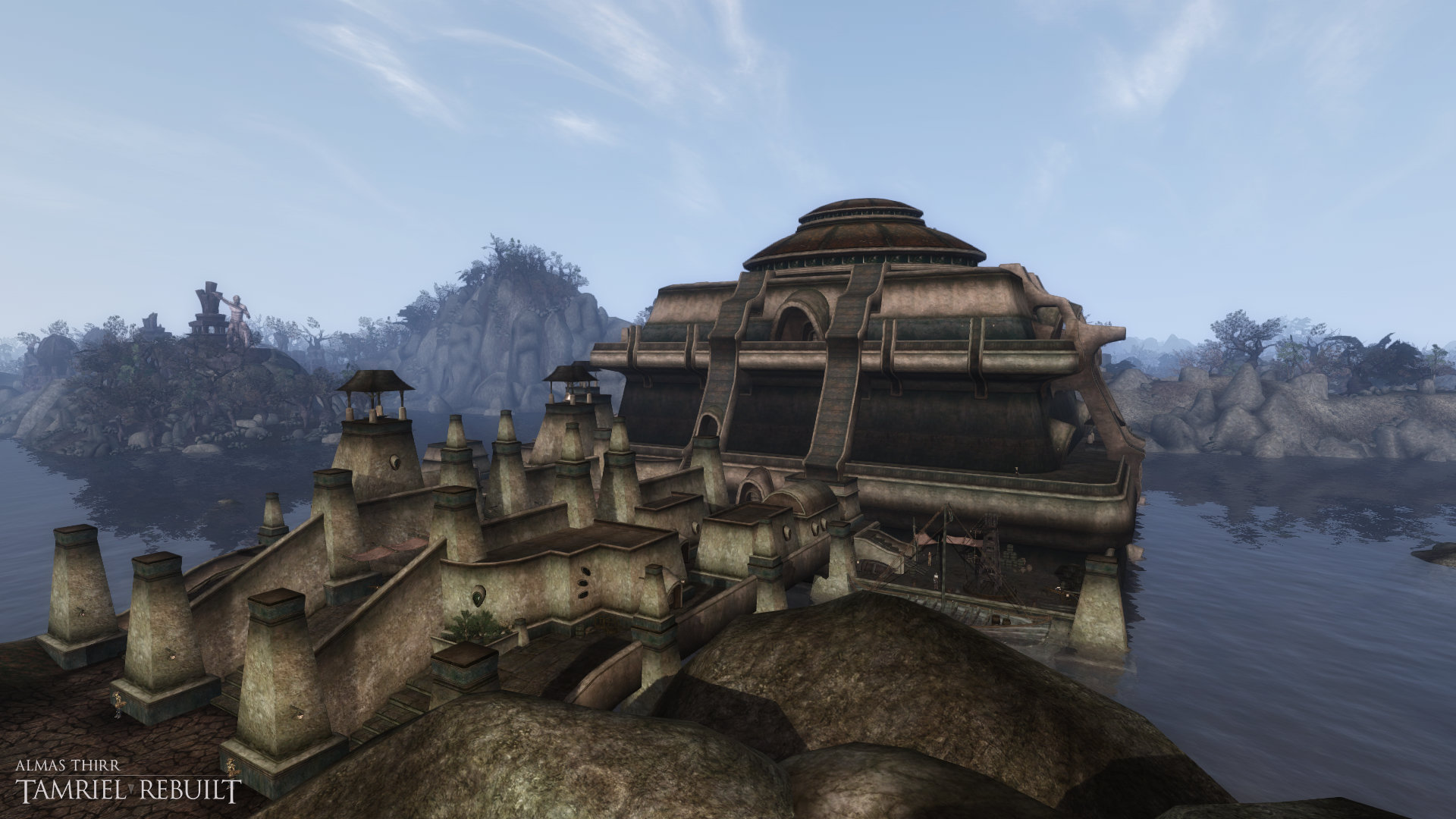 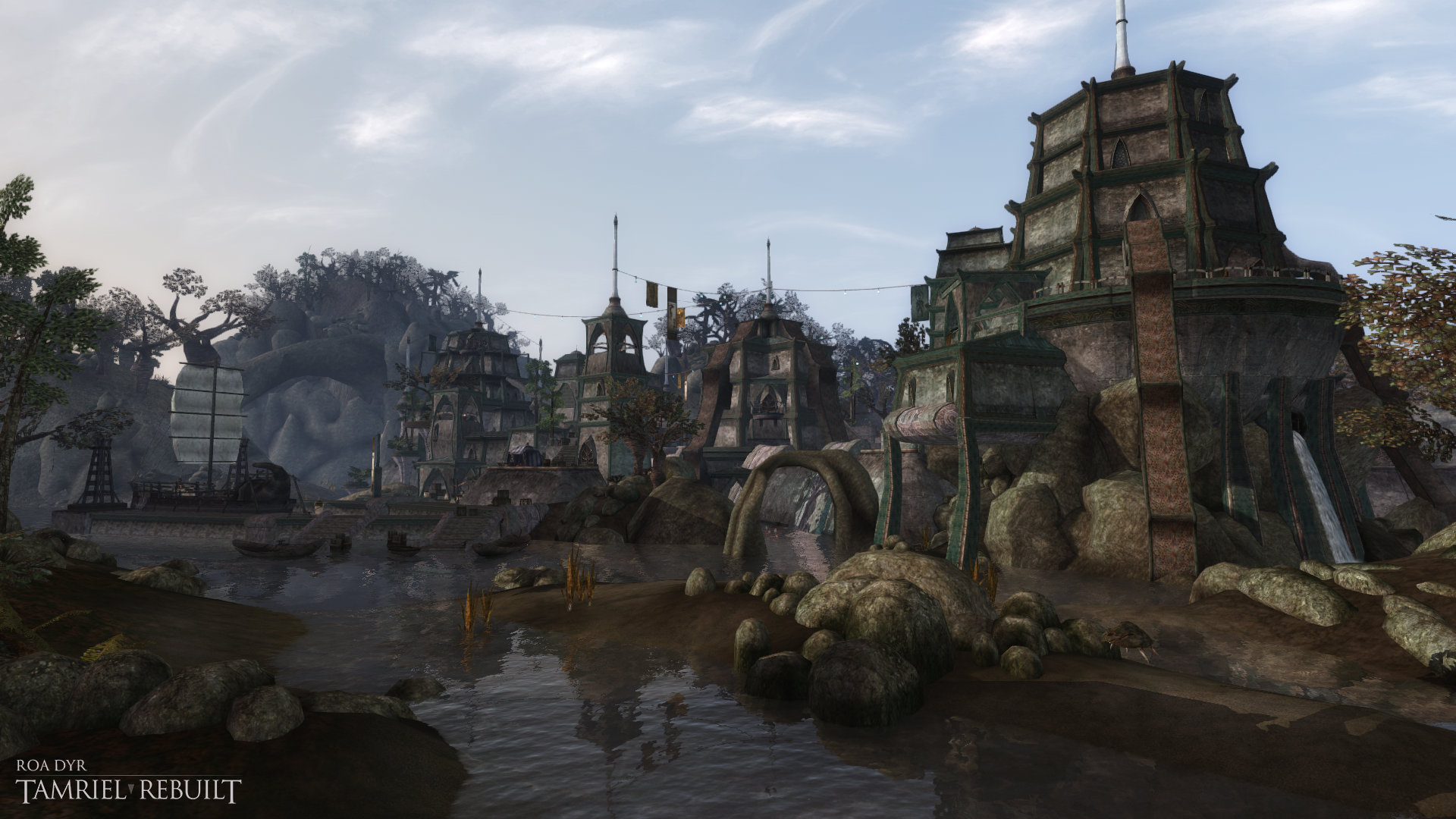 Settlements such as Aimrah, Indal-ruhn, Gol Mok and other Hlaalu plantations located in the Hlaalu-controlled side of the region are also made available with local dialogue and several miscellaneous quests. 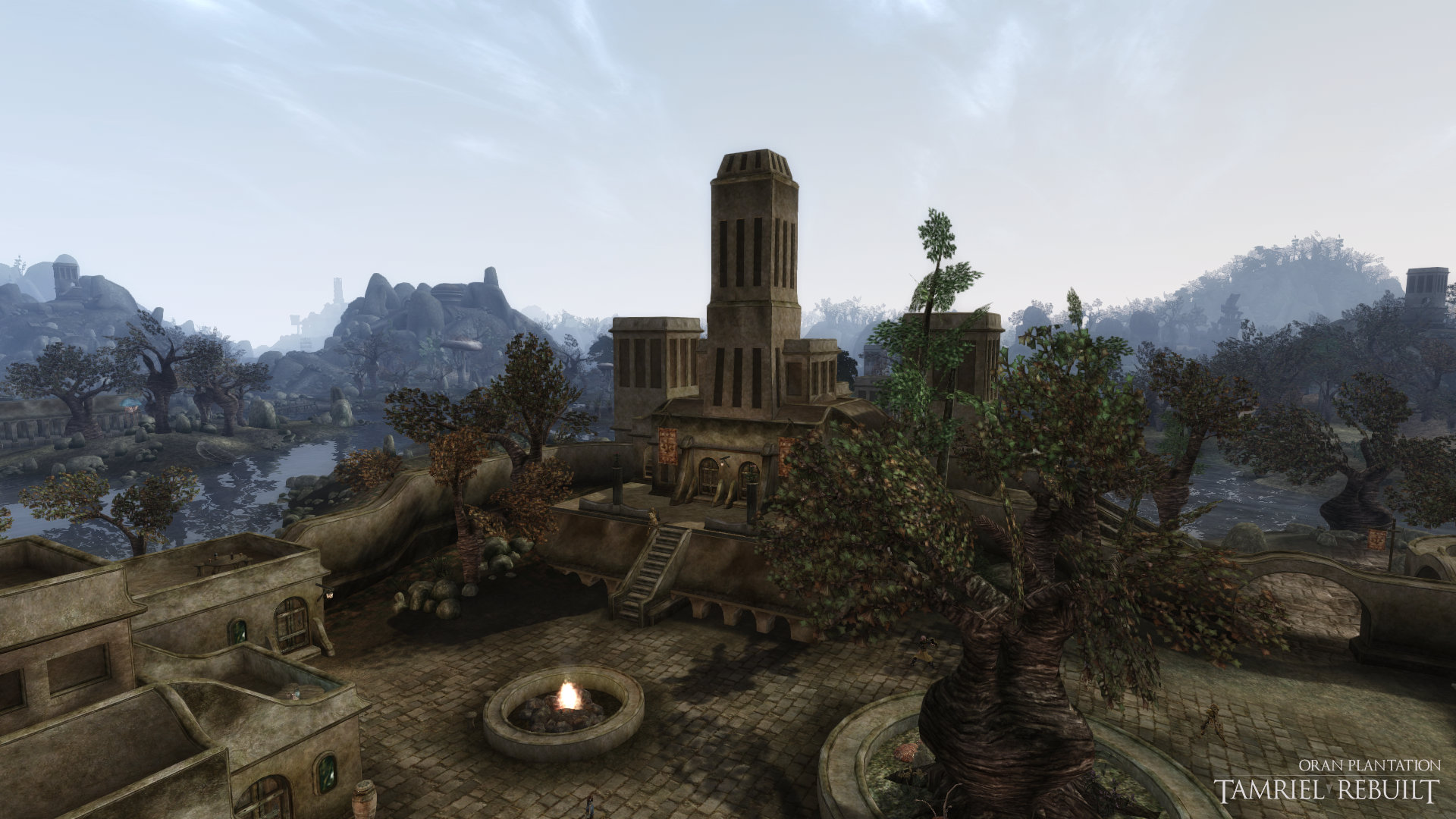 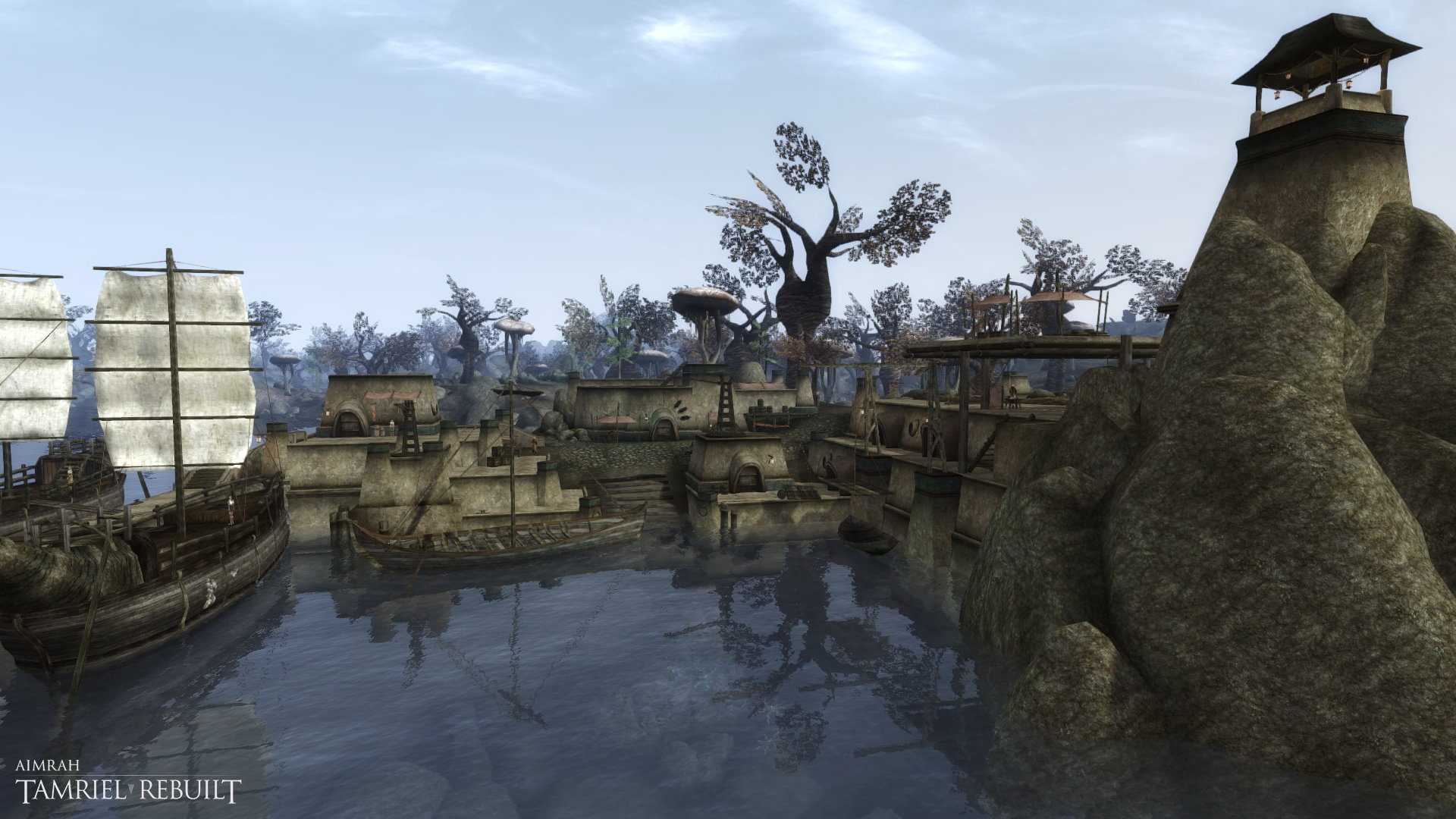 Old Ebonheart and the eastern mainland have seen their own share of fixes and updates. Several new quests can be found from the Ebon Tower to the city above Necrom. Many more bugfixes have been applied to all of Tamriel Rebuilt. 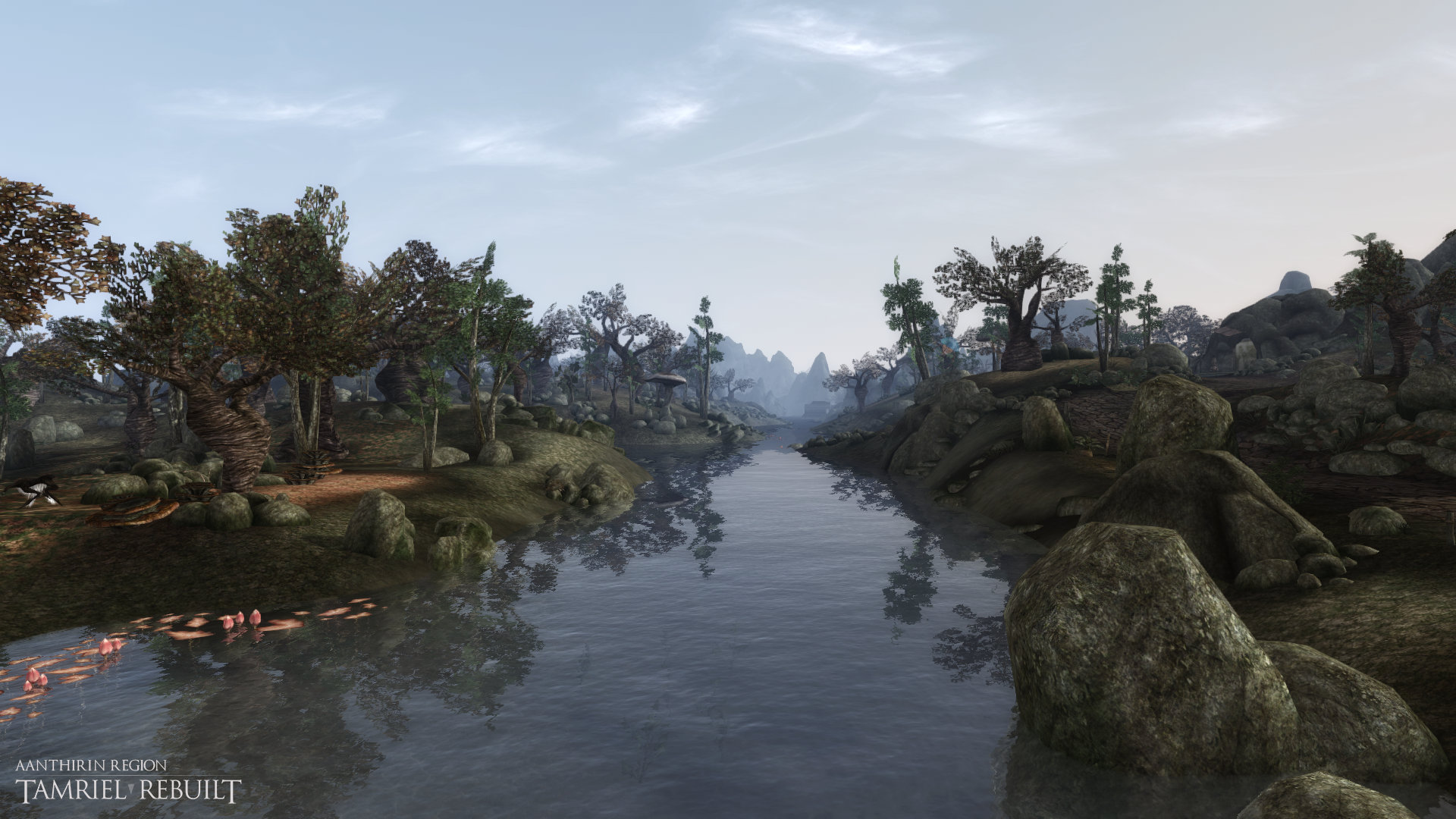 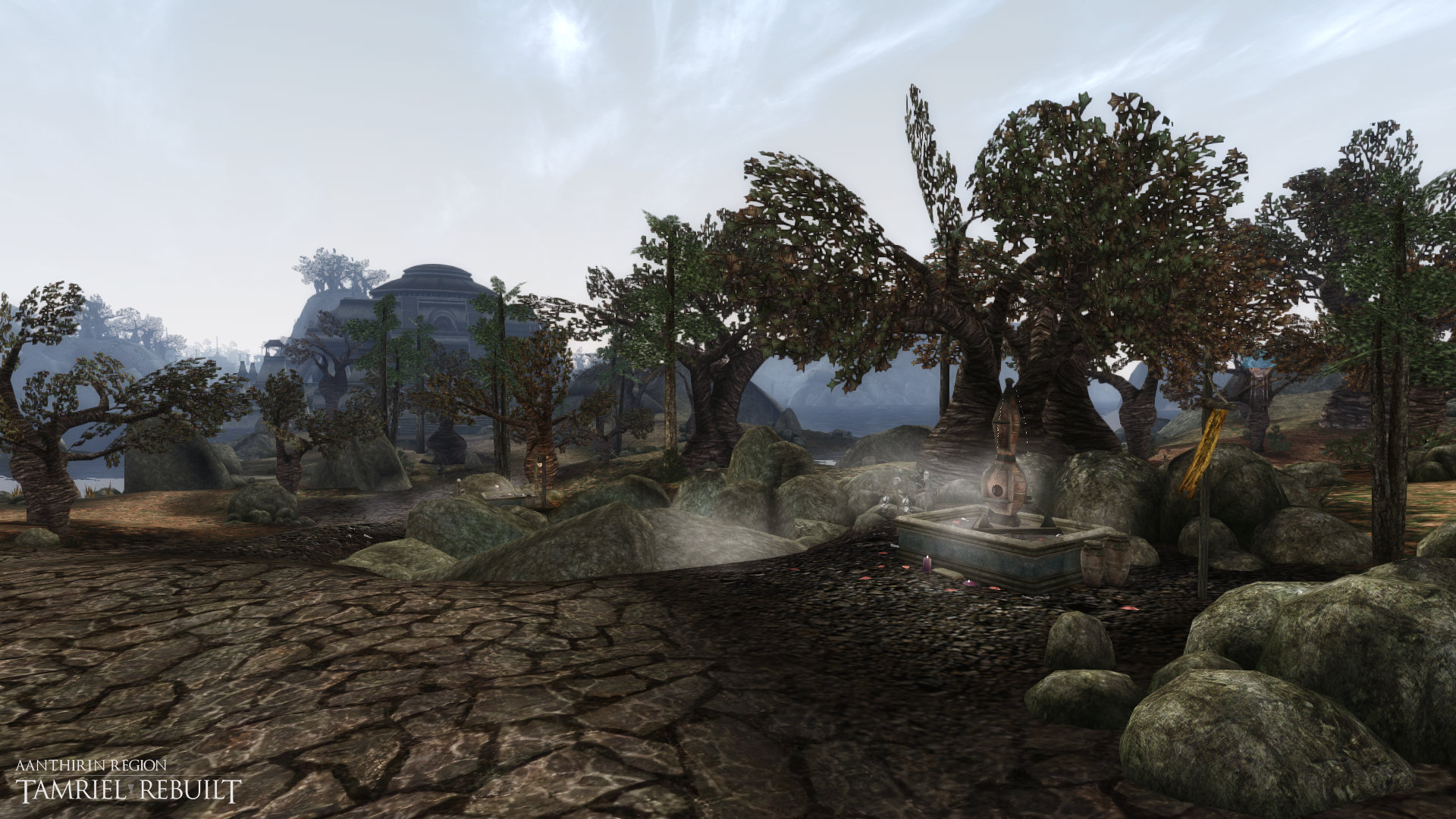 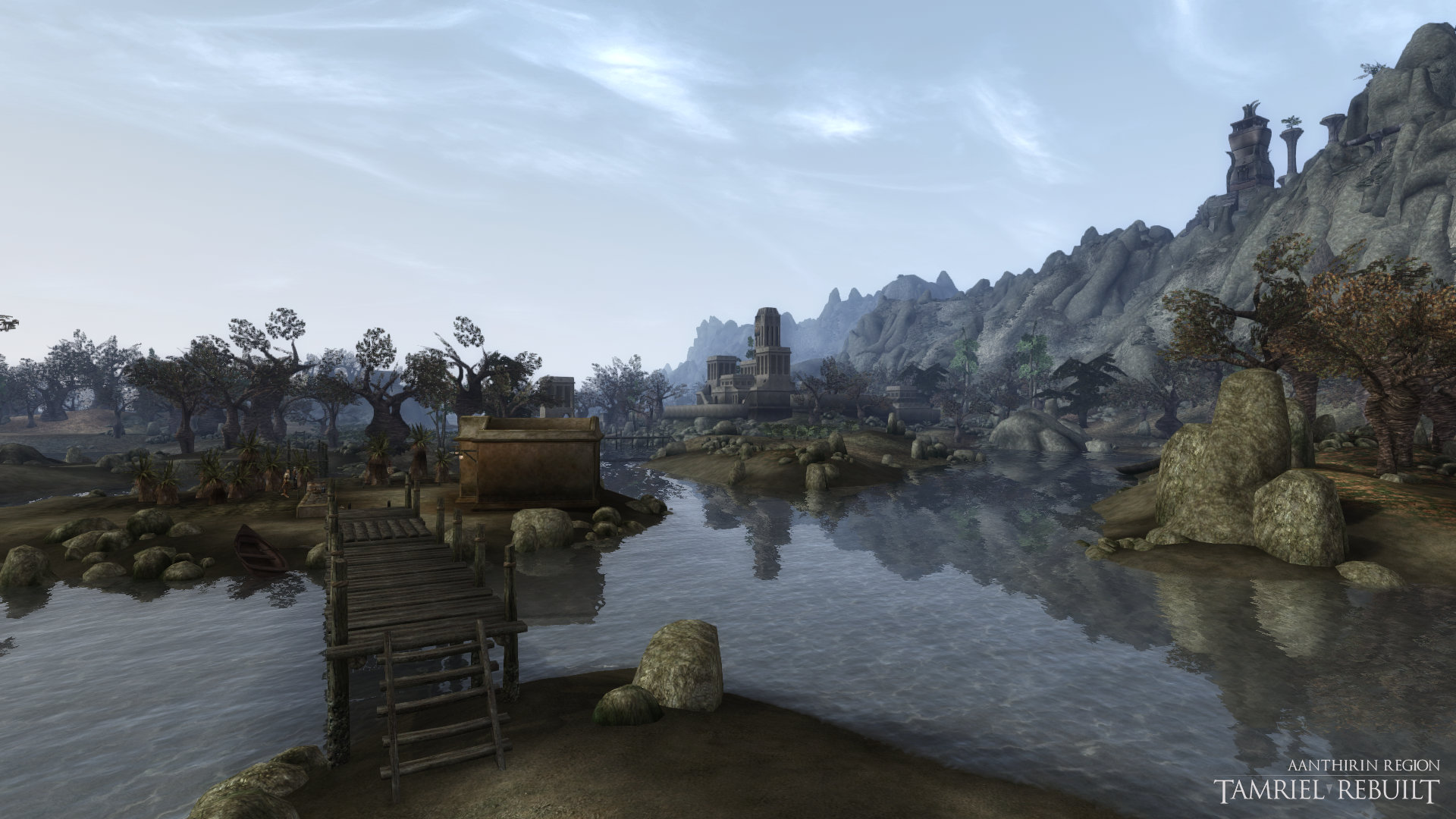 Lots of new content has made its way into TR_Preview since the last update, and existing areas have received major overhauls. First and foremost, with the completion of the required assets, exterior work on Thirr Valley, one of the three regions of Narsis District, finally began and is now nearly 2/3 complete. Hlan Oek, Idathren, Othmura, Ald Iuval, and Ald Marak are among the settlements to visit, while Ud Hleryn and Sadrathim remain in development. 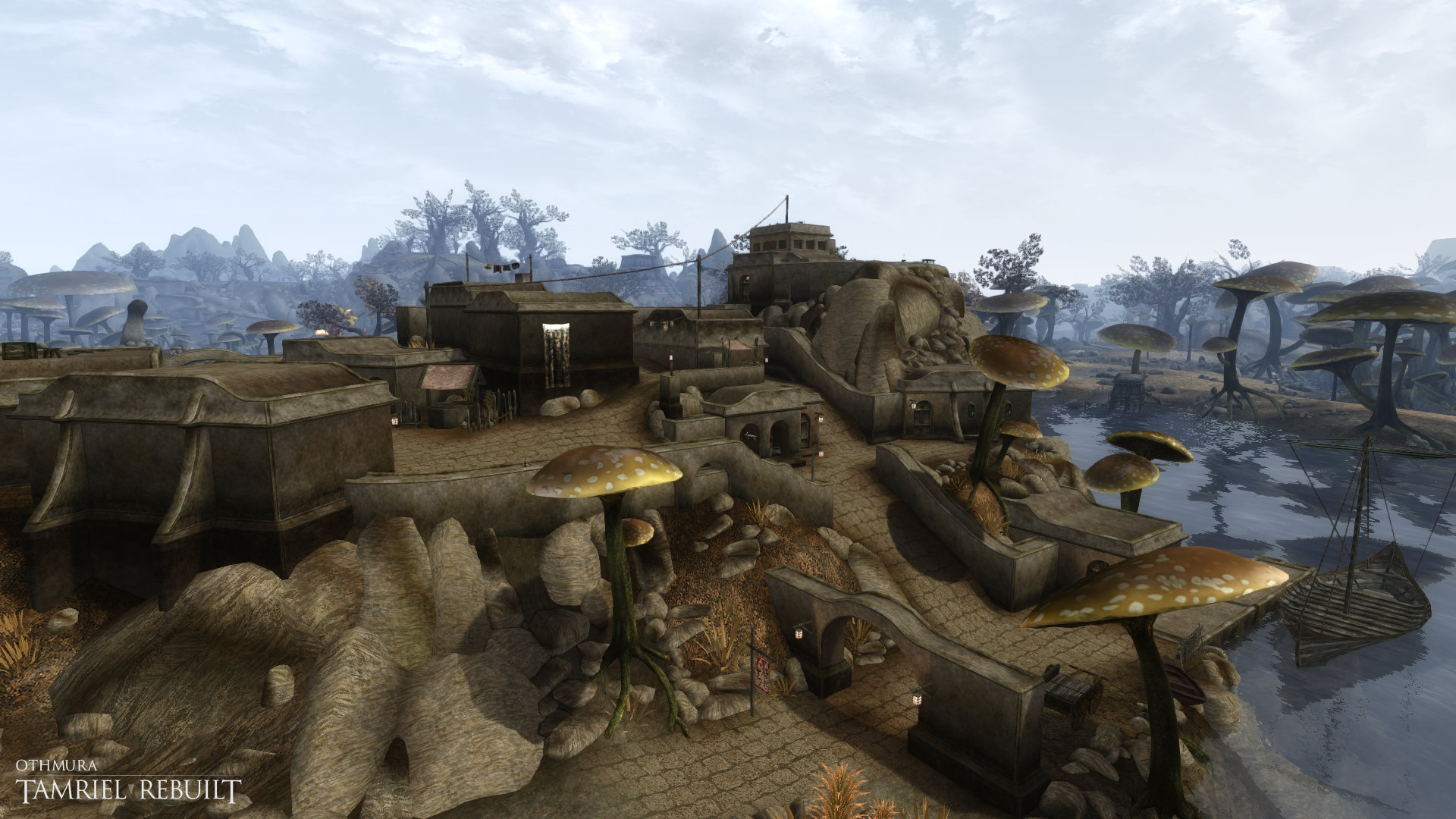 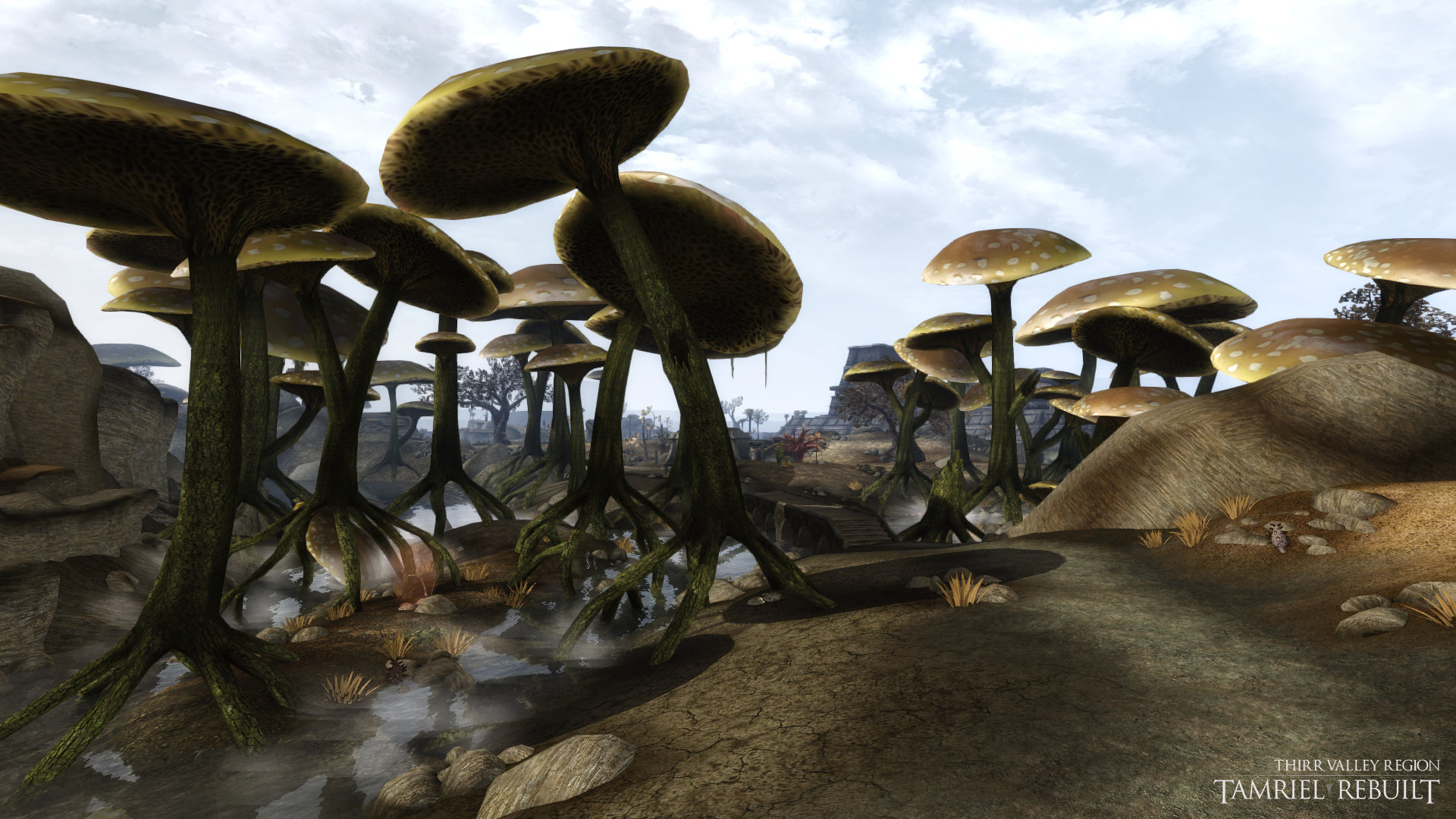 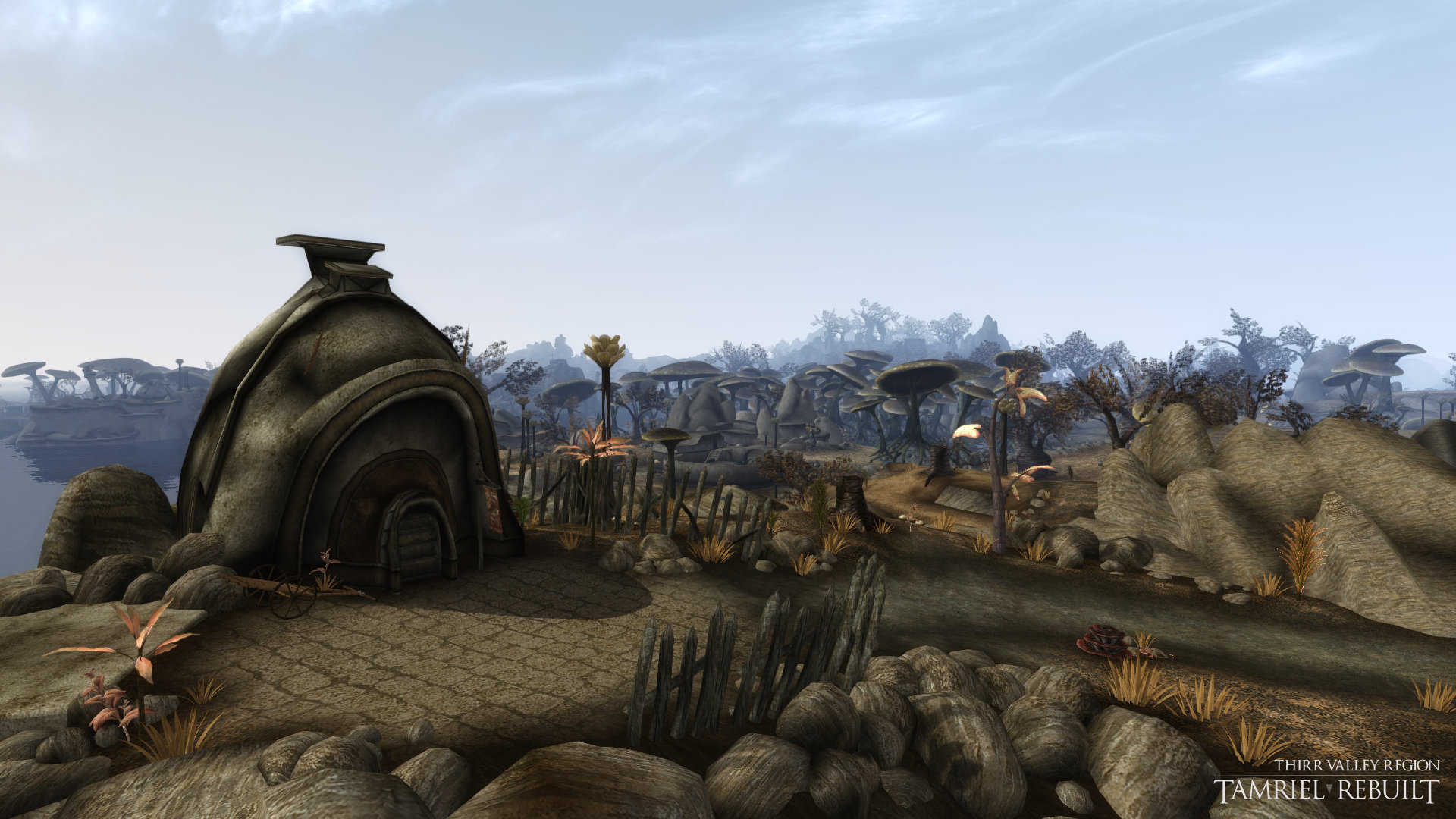 Screenshots from the newest region of TR

Secondly, Roth Roryn, Ascadian Bluffs, and the Armun Ashlands have seen much progress. The exteriors have received further reworking, making them nearly ready for the next release. In addition, dozens of interiors have been added to them, many being completed years ago and only now being used. 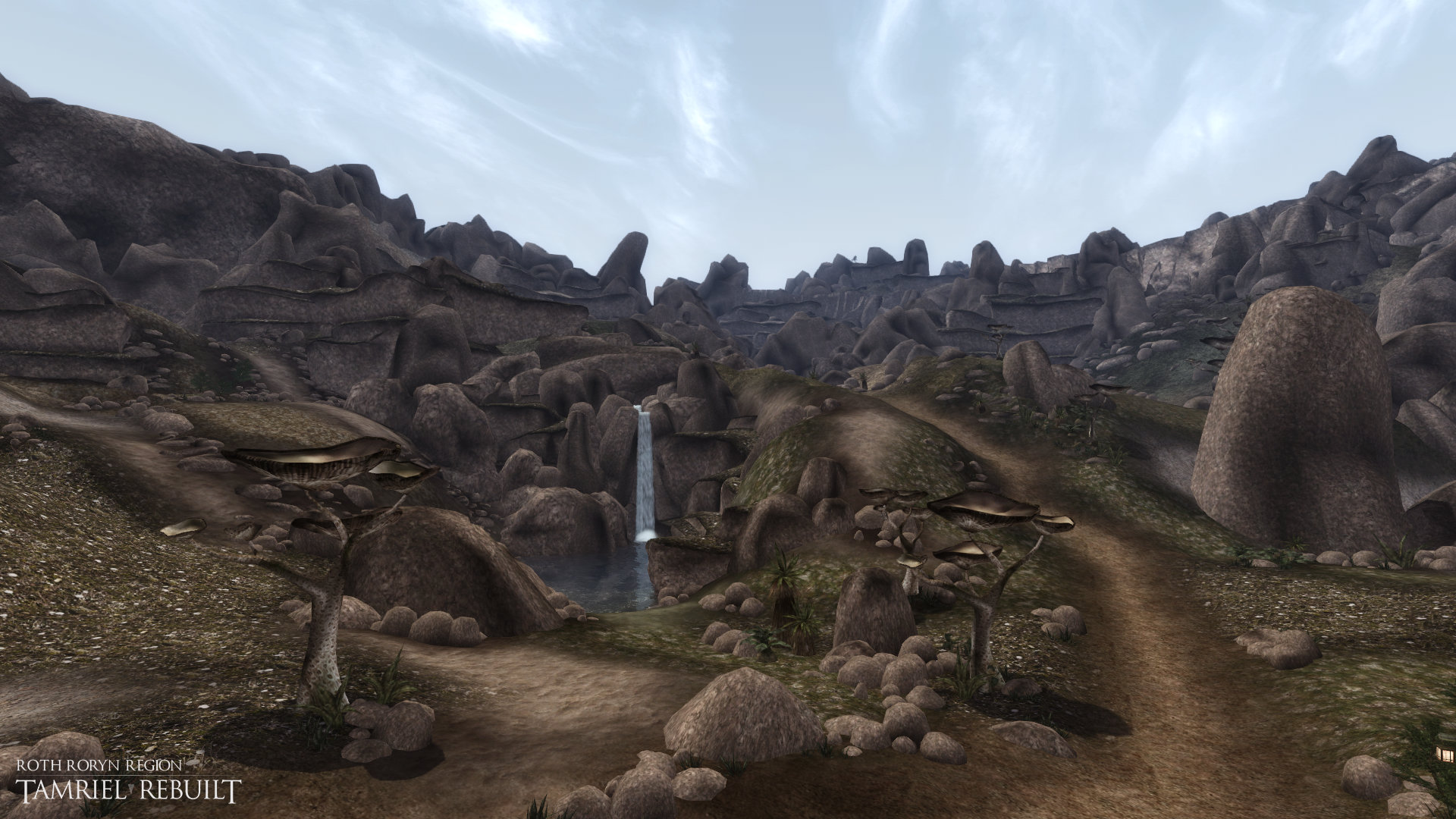 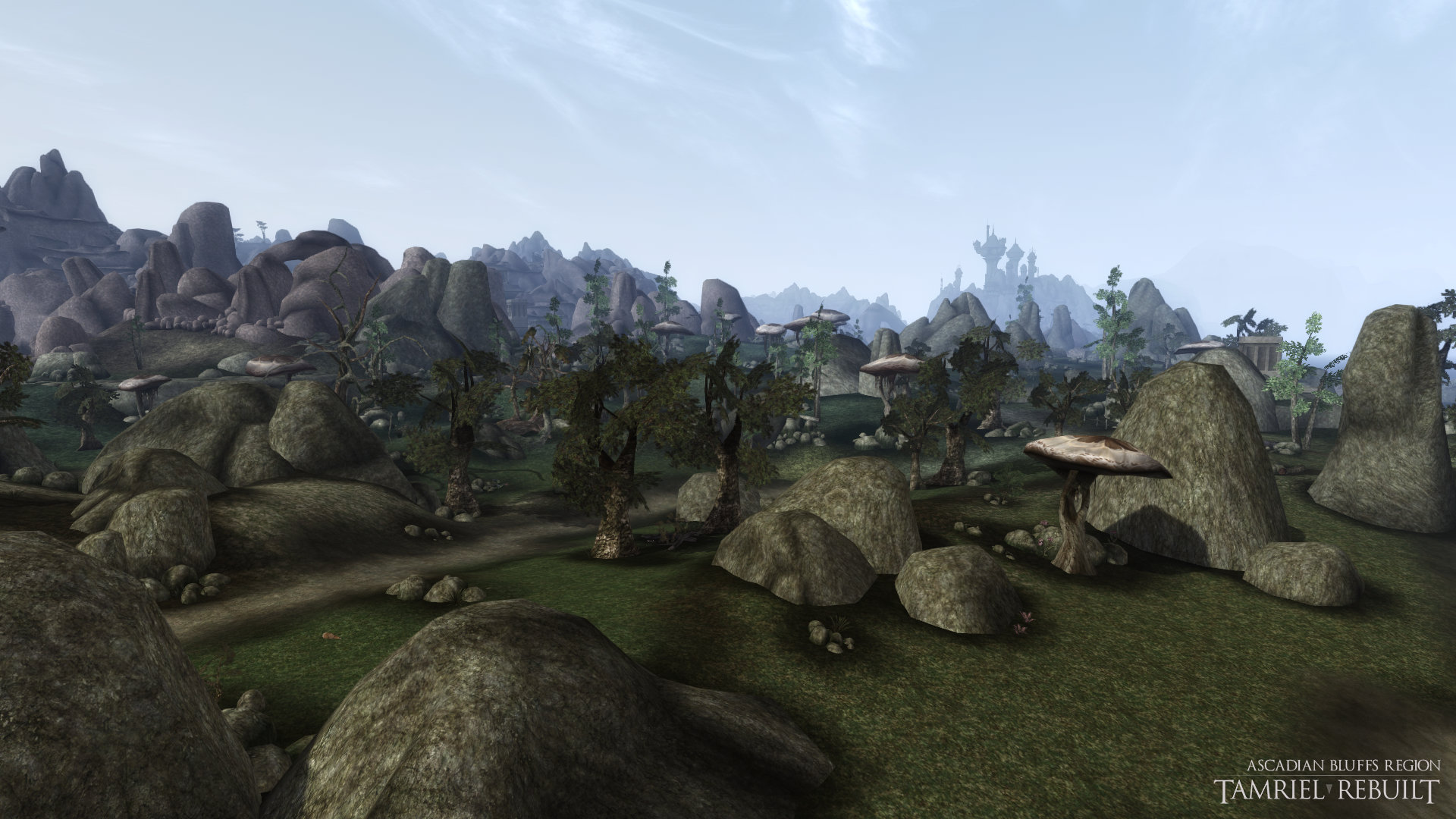 There has also been a headway regarding the Deshaan. The arid plains have been a bottleneck for TR for many years and unfortunately never saw the light of the day, until the last 6 months. With the help of our recently arrived asset developers, the existing ground textures have been overhauled and new rock and salt formations, natural cave sets and organic tileset for Dres clansteads have been added to our asset pool. This is still not enough for exterior work to kick off, but we believe we are on the right track.

Finally, the new original Tamriel Rebuilt Soundtrack is now in beta and ready for the public to enjoy. Try it out for yourselves and tell us what you think. It requires the latest MUSE 2 version, keep it in mind.
TR Soundtrack Beta
MUSE 2 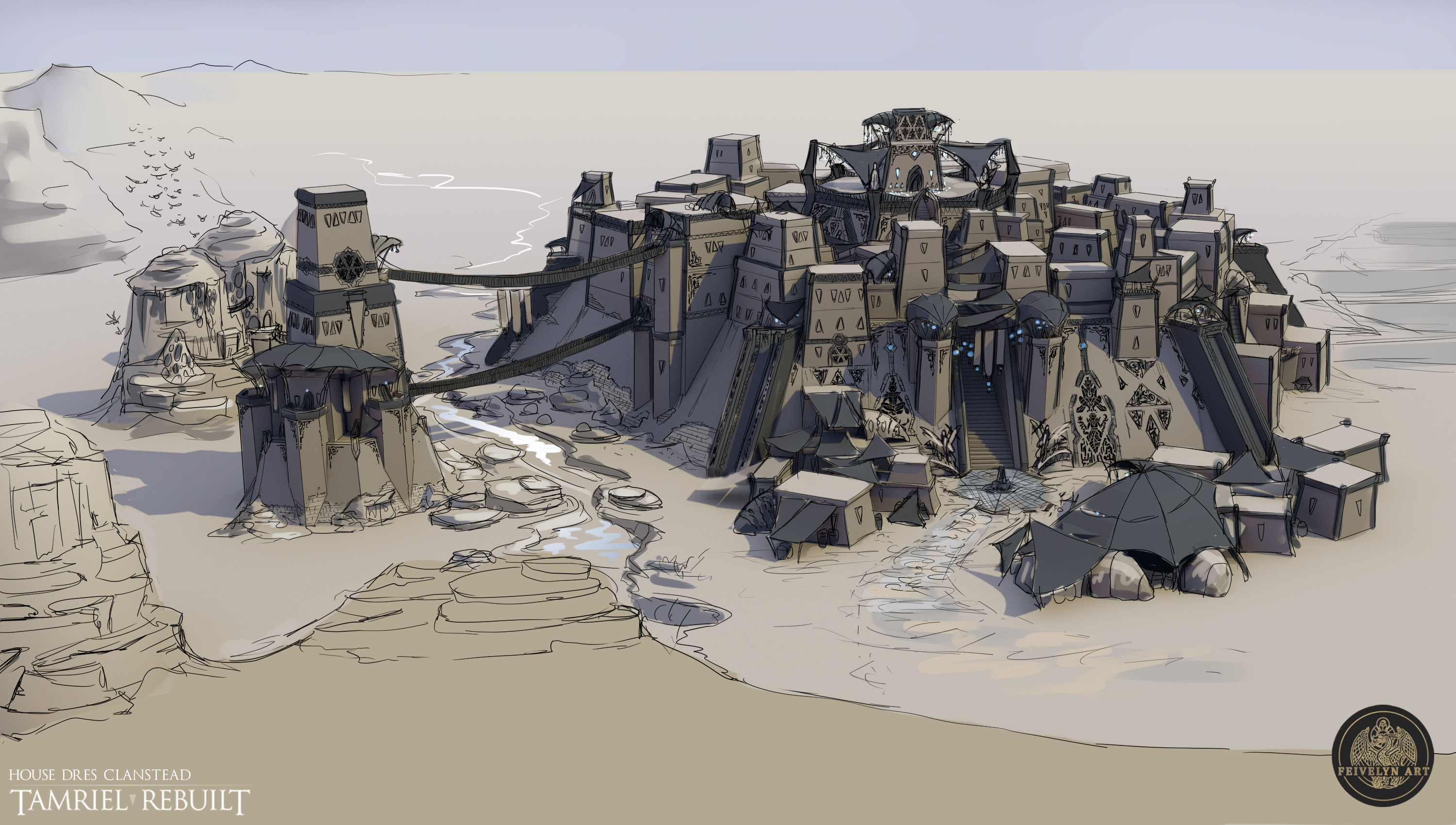 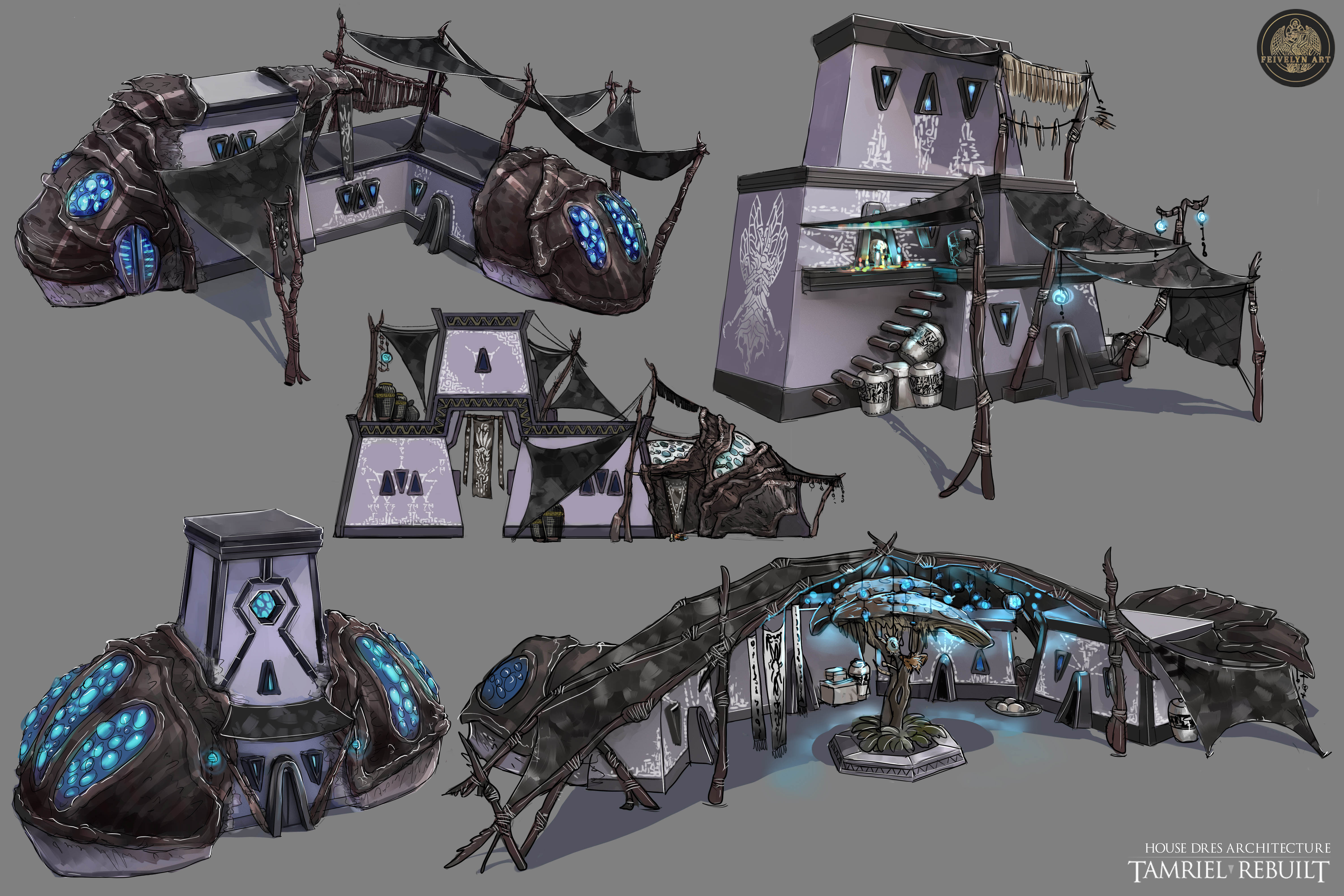 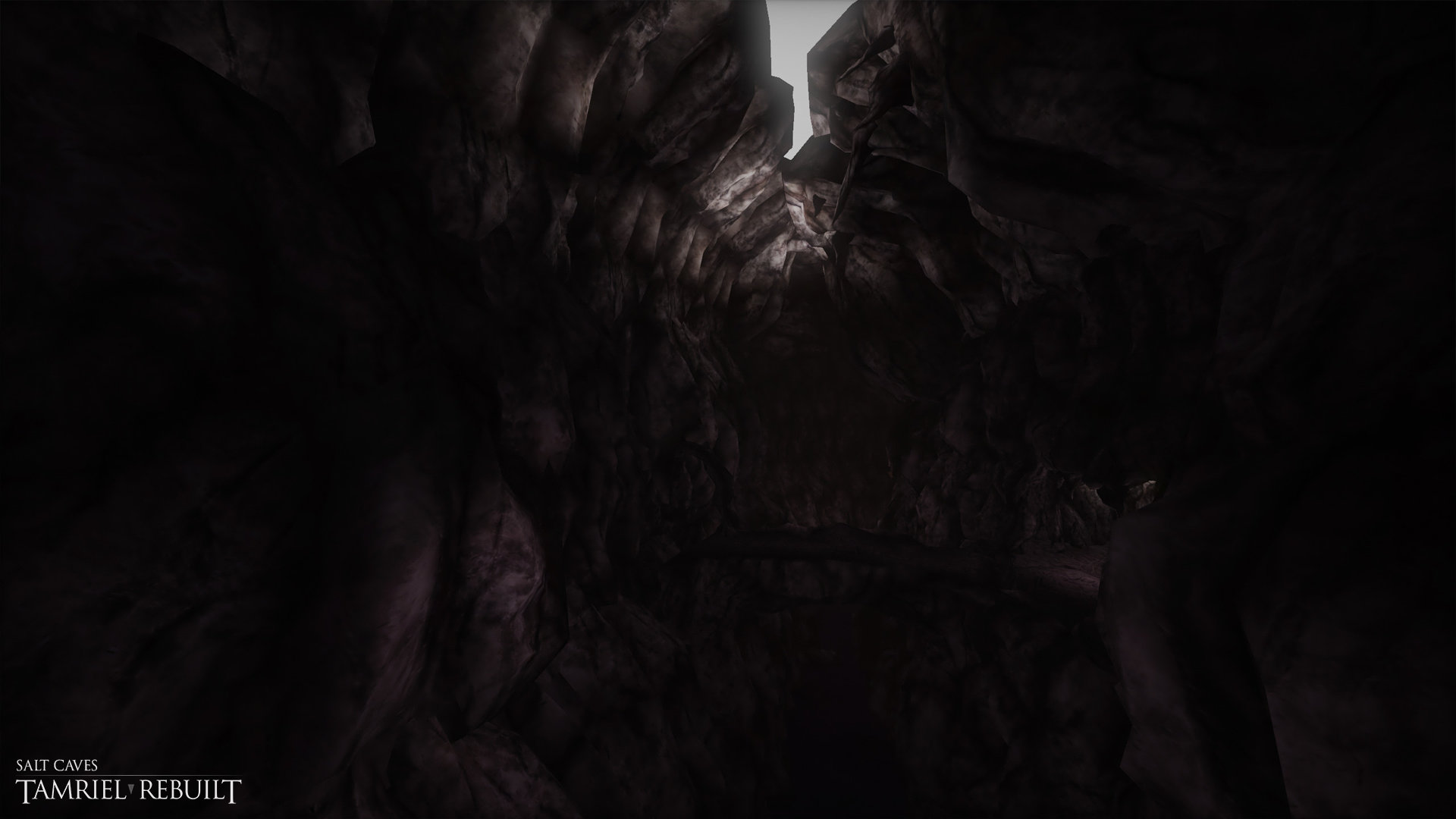 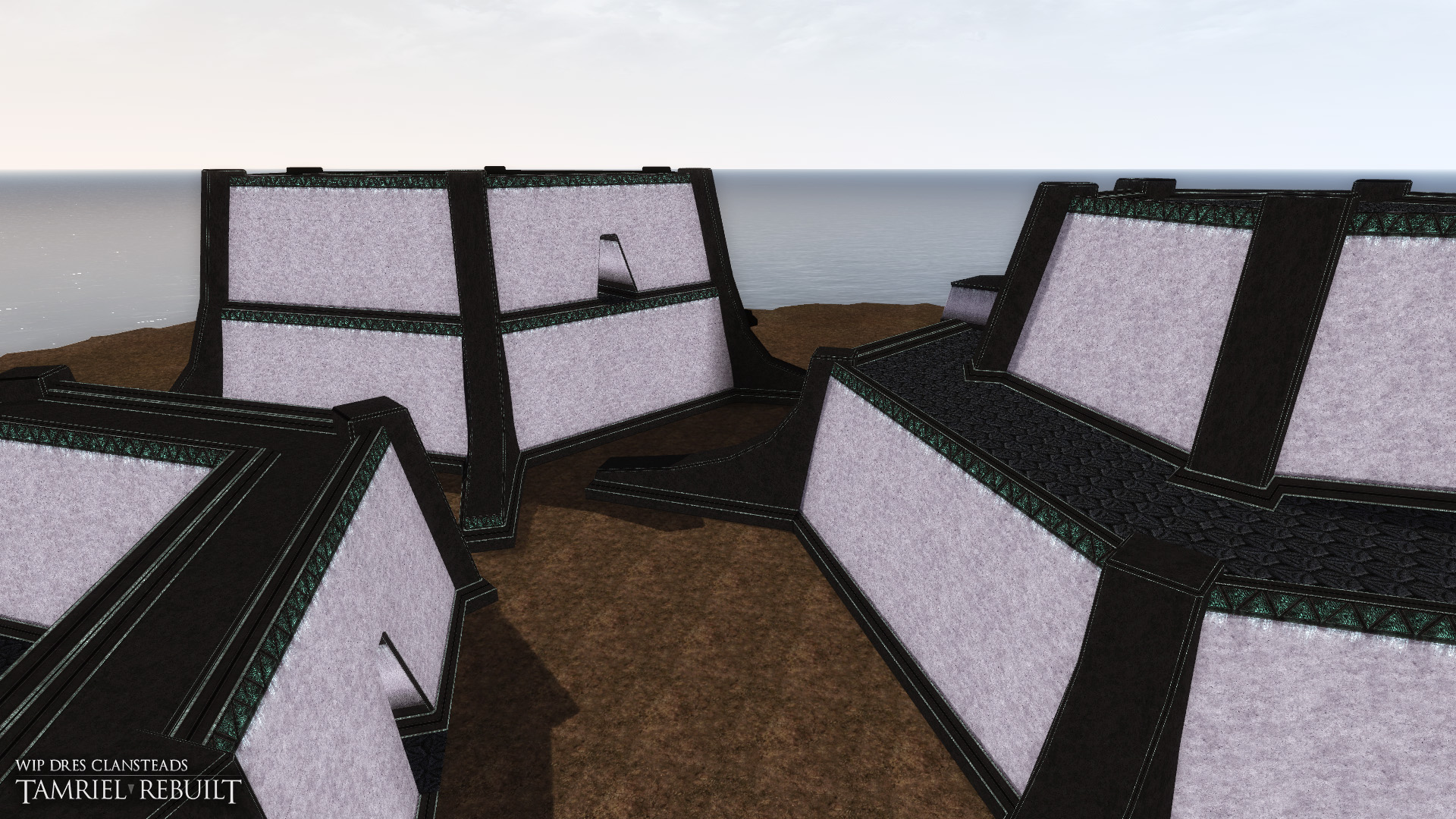 Before we end it here, we'd like to give two big shoutouts. First up, Eric Gordon Berg, for composing a great piece of music for our official trailer. You can watch it over at our Youtube channel here and you can listen to the track ''A World Rebuilt'' over at his Soundcloud here.
And secondly, Darkelfguy from Morrowind Modding Showcases, for creating our trailer. Check out his channel here for Morrowind modding news and great showcases of mods.
We'd like to thank both of them for taking their precious time to contribute to Tamriel Rebuilt.

If you love Morrowind and its world and interested in the creation of mods or games, or if you just want a creative outlet in a lively online community, consider contributing to our project in some way. Learn more on how to join here.
Be sure to visit us in our Discord server to speak directly to our developers, and ask the questions you may have.
If you find any bugs or problems within our release, don't forget to submit it in our bugtracker.

Check out our recently updated official FAQ with more questions and detailed answers.

Thank you all for this unbelievable creation... You have some extremely dedicated followers in Aotearoa (e.g me and everyone I know)

I am just a lowly n'wah... but thank you