This month, our public relations team was partially on holiday, hence why there is no in-depth progress teaser. To tide you over, we’d instead like to direct you to a variety of interviews given by our developers within the past few months.

To start off, check out a recent stream by our old friend Zaric Zhakaron with our senior developers Gnomey and Taniquetil. Our developers introduce the project and the thinking behind it, then take a closer look at our upcoming expansions, Dominions of Dust and Embers of Empire:

For more of Gnomey, see the below video interview made in Spring by Danae for Morrowind’s 20th anniversary celebrations:

Next up are a multitude of short text interviews made by Danae as part of her long-running Modder’s Interview series, which dive into the personal motivations of different modders. You can find some of the more TR-centric ones below:

The below interviews by our contributors focus on their personal projects, but are still worth checking out:

We leave you off with two small teasers of our continuing modding progress. Asset progress has been steady; to show it off, here are several new artifacts for the Legion of Shadow, an upcoming questline from Cicero, mentioned first in March. These items, inspired by a set of special named items from An Elder Scrolls Adventure: Battlespire, were recently finalized to great results by Lamb Shark (Sandaron) and Cicero: 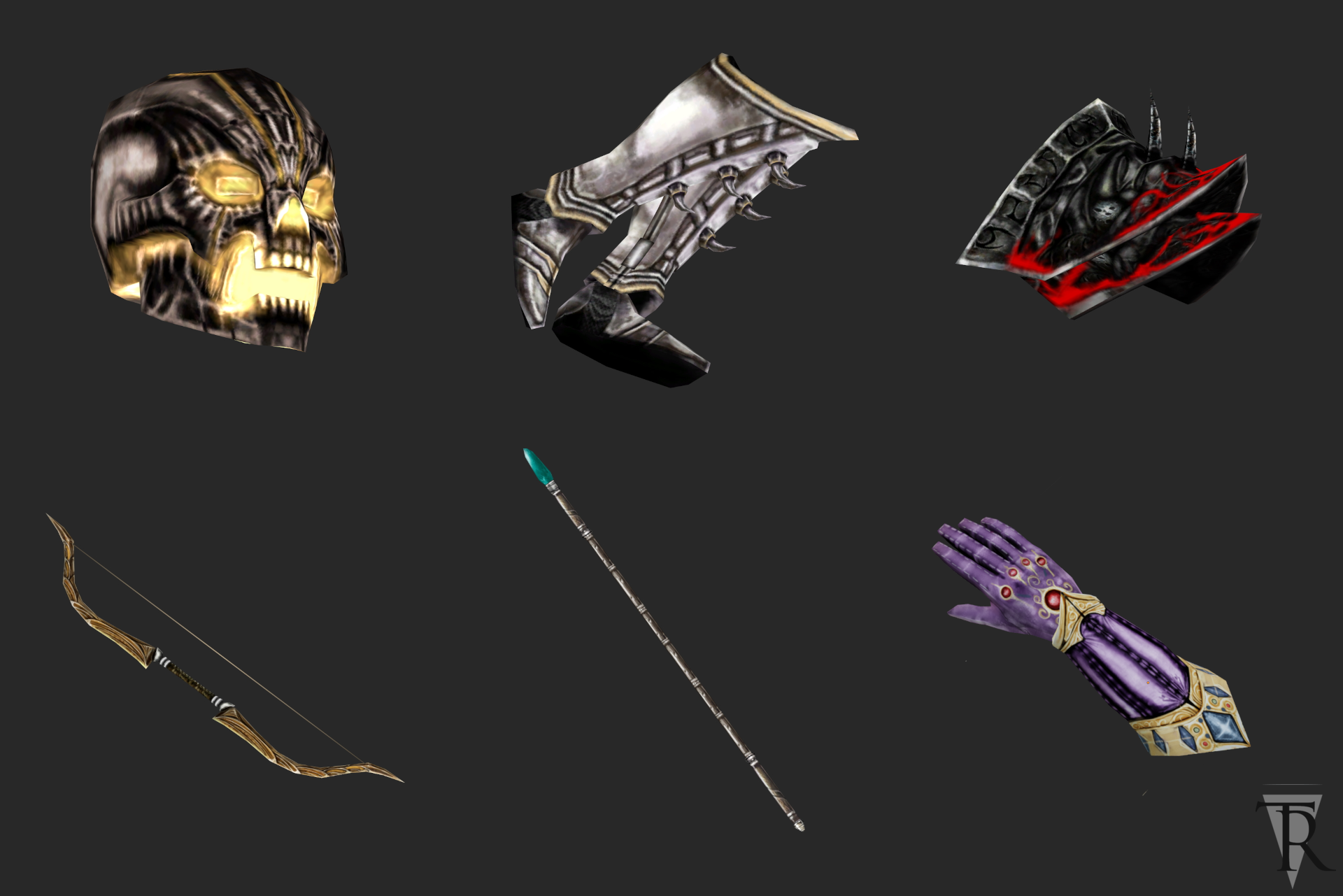 A series of artifacts by Lamb Shark and Cicero, clockwise from the top left: Helm of Light Within, Boots of Peace, Lord Methat’s Pauldron, Gauntlets of the Poor (work-in-progress), Staff of Typos Sophia and Bow of Heaven’s Hail.

Finally, below is a sneak peak at our first completed exterior claim to include a piece of the Othreleth Woods region, a lush but dangerous mushroom forest in the southwestern corner of Morrowind. This claim was made by Chef and reviewed by MinerMan60101: 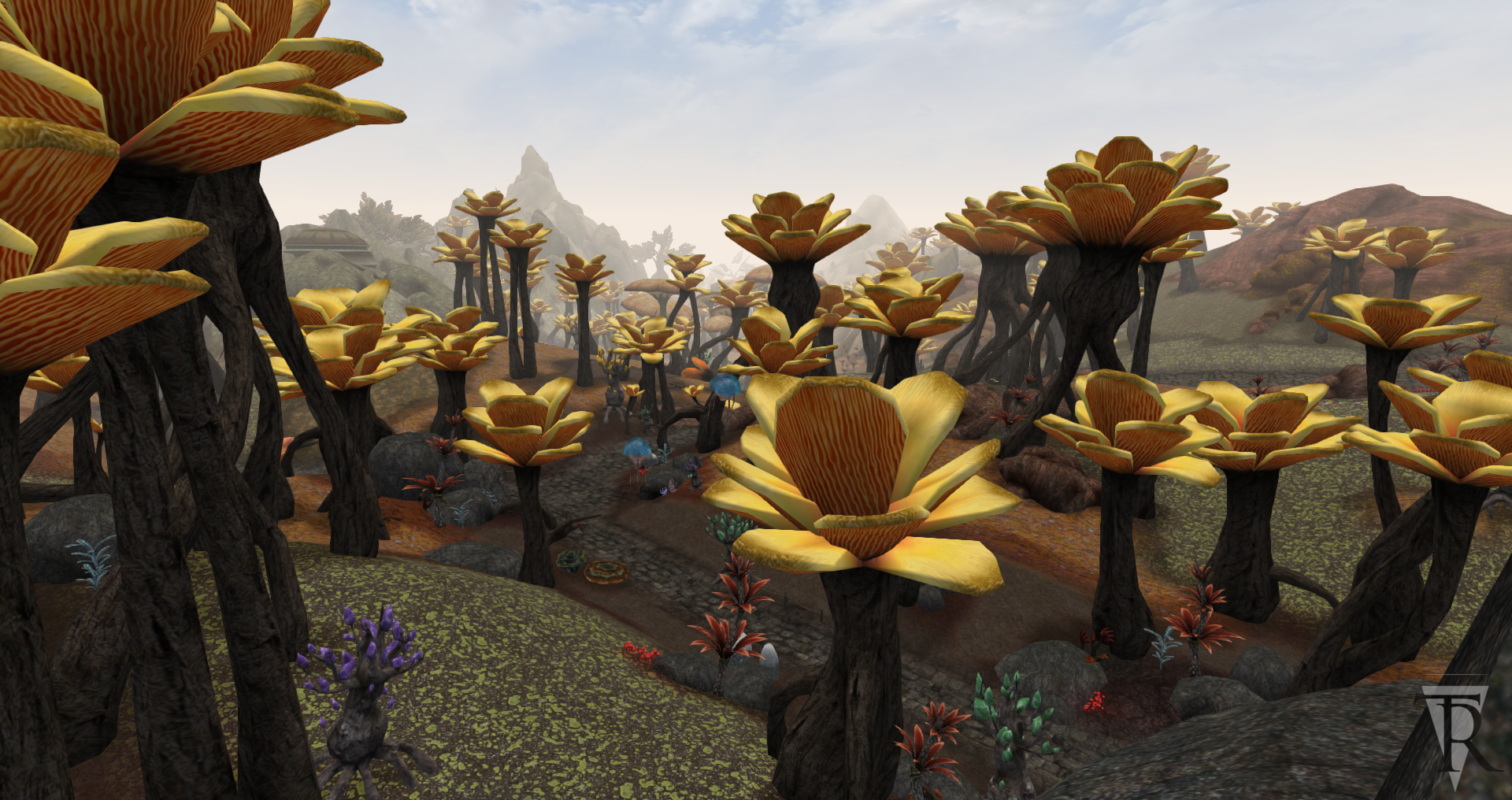 Hopefully these above pieces of content will tide you over to more regular news updates hopefully coming in the fall, as we grow steadily closer to the release of our upcoming expansions. As always, if you wish to chat with us or track our development in real time, join our Discord channel. Also, consider joining us in our aim to complete the Morrowind mainland; no prior modding experience needed!