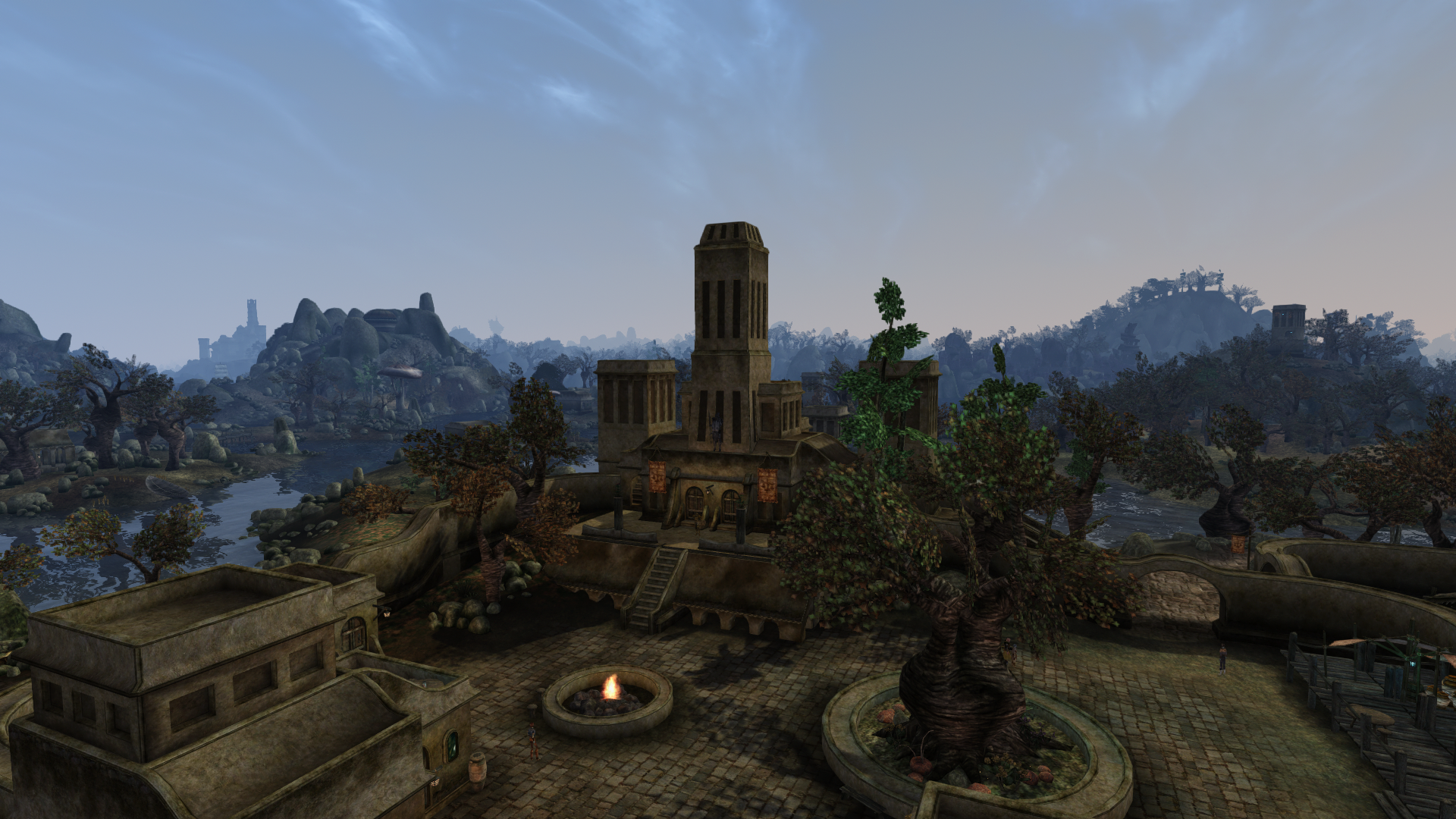 The western bank of the Thirr river is divided between three plantations: Oran in the south, Mundrethi in the center, and Vathras in the northwest. All three are owned by high ranking Hlaalu nobles, whose (mostly Khajiit) slaves produce comberry and hackle-lo on the fertile land to be exported to less hospitable areas of Morrowind.

The largest of the three, Oran Plantation is owned by Atran Oran, one of the Council Electors of the House Hlaalu Council, who earned his position in the house after years spent consolidating his family's holdings this side of the Thirr River. A cunning and business-savvy mer, his political influence extends all the way to Narsis and Andothren. A big household tends to the needs of Lord Oran, as well as his wife, and their children. Three vassal plantations (Houses Llaran, Rethil, and Helseri) are also under his rule, along with a network of House Hlaalu company lookout towers (Pyr-Ilu, Vys-Ishra, Dassur-Kur, Vyr-Moran, Passur-Sur) which serve as garrison points for the house troops in the Aanthirin.

Mundrethi Plantation is owned by Lethys Mundrethi, a shady figure with a wish to increase his influence in the region. He's deeply envious of Atran Oran, whom he considers to be unworthy due to his past with the Narsis underworld. The Mundrethi's main source of income is the slave trade. The local slave market is one of the busiest in Morrowind, owing to the central location and the relatively big port. Despite living off the slave trade, the Mundrethi don't show much concern for their slaves, sometimes openly brutalizing them to punish bad behaviour.

Vathras Plantation sits on the edge of Roth Roryn, and owned by Llaalsa Vathras, a high-ranking Hlaalu noblewoman. Her family has had a deep affection for their slaves going back generations, and as such, they mostly train household servants for the nobles of Andothren.