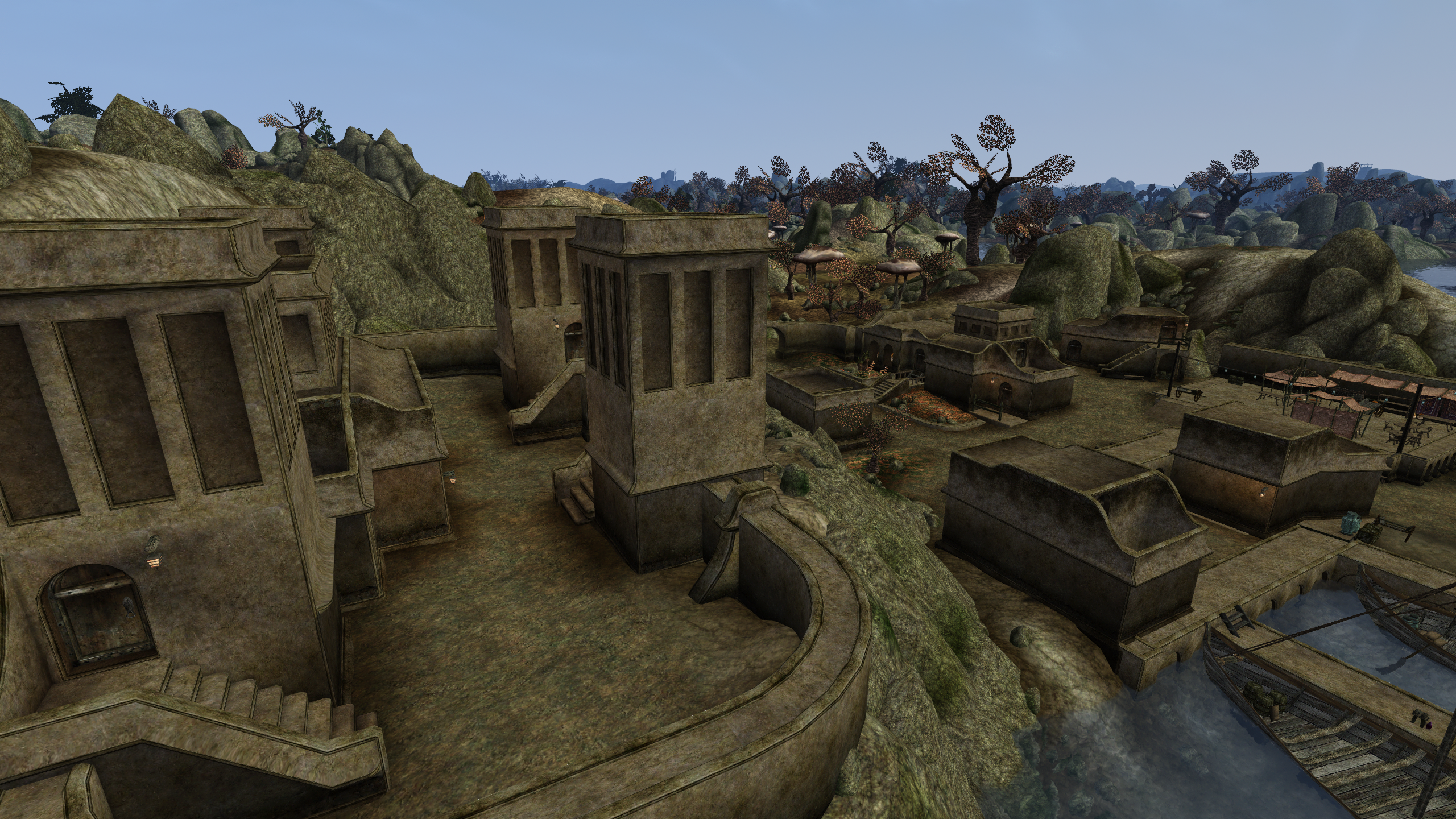 The Hlaalu player stronghold on the northern coast of Lake Andaram, which is the center of a conflict between the encroaching House Hlaalu and the houses Dres and Indoril. As a lake that the Thirr flows past, Lake Andaram is a major shipping route of House Dres and seat of Dres Horak, one of the two Dres embassy settlements. It is also a border between House territories.

House Hlaalu, more interested in the economic gains than political borders, are trying to get a foothold on the western banks of Lake Andaram to contest Indoril Hegemony and end up blundering into a fight with House Dres, who don’t appreciate the competition. Usually, Hlaalu and Dres are reliable, mostly compatible trading partners and the Hlaalu are savvy enough to not step on the Dres' toes. The establishment of Nav Andaram is as such a serious diplomatic stumble, with the player caught in the middle.