This has already been completed to a large degree (some documentation still refers to InDev, needs to be fixed when found).

Without access to the section file, it’s not clear what open issues remain or what has already been done.

After some fact-checking, the dimensions of the belltower were hammered out: around six stories, with maybe a 3x3 or 4x4 layout, depending on what the defunct Weir Gate needs.

Gnomey will work out a shell, and will then post the claim with it or make the interior himself.

TES3MP is looking to set up automated mod synchronization between clients and servers similar to the one in Garry’s Mod, and have asked for TR to allow its inclusion in the synchronization.

There would be no centralized mod repository where files are rehosted, and the automated mod sync would only be done via P2P connections between players. Special exceptions can be added for certain files when their creators require that they be downloaded from their own repository instead of from other players.

Any files thus downloaded would be kept in a separate downloads folder and only get loaded when required by a server, not interfering with a user's regular Morrowind installation in any way. Servers running different versions of the same files would not create a problem, as all the versions would be kept separately from each other in that downloads folder, and the correct ones would get loaded for each server based on a checksum comparison.

The hope is that TR and PT would become a standard fixture of TES3MP servers, whereas people currently shy away from it (apparently mostly due to the BSA registration, which this system would handle automatically).

Generally, as with our previous modpack discussion in 2017, upload and use of Tamriel Rebuilt itself in such a system is the purview of the projects leads (which were in favor last time and so have been this time as well).
Tamriel_Data is currently still in question - the most rigid redistribution rights on TR’s side have been cleared up, but PT’s side is unknown.

If no compromise about Tamriel_Data can be reached, David C. of TES3MP has proposed to add a “please download Tamriel_Data manually from <mirror>” prompt into the mod sync process. Alternatively, it could be set to download only from a TR/PT-approved location ínstead of the game server itself. 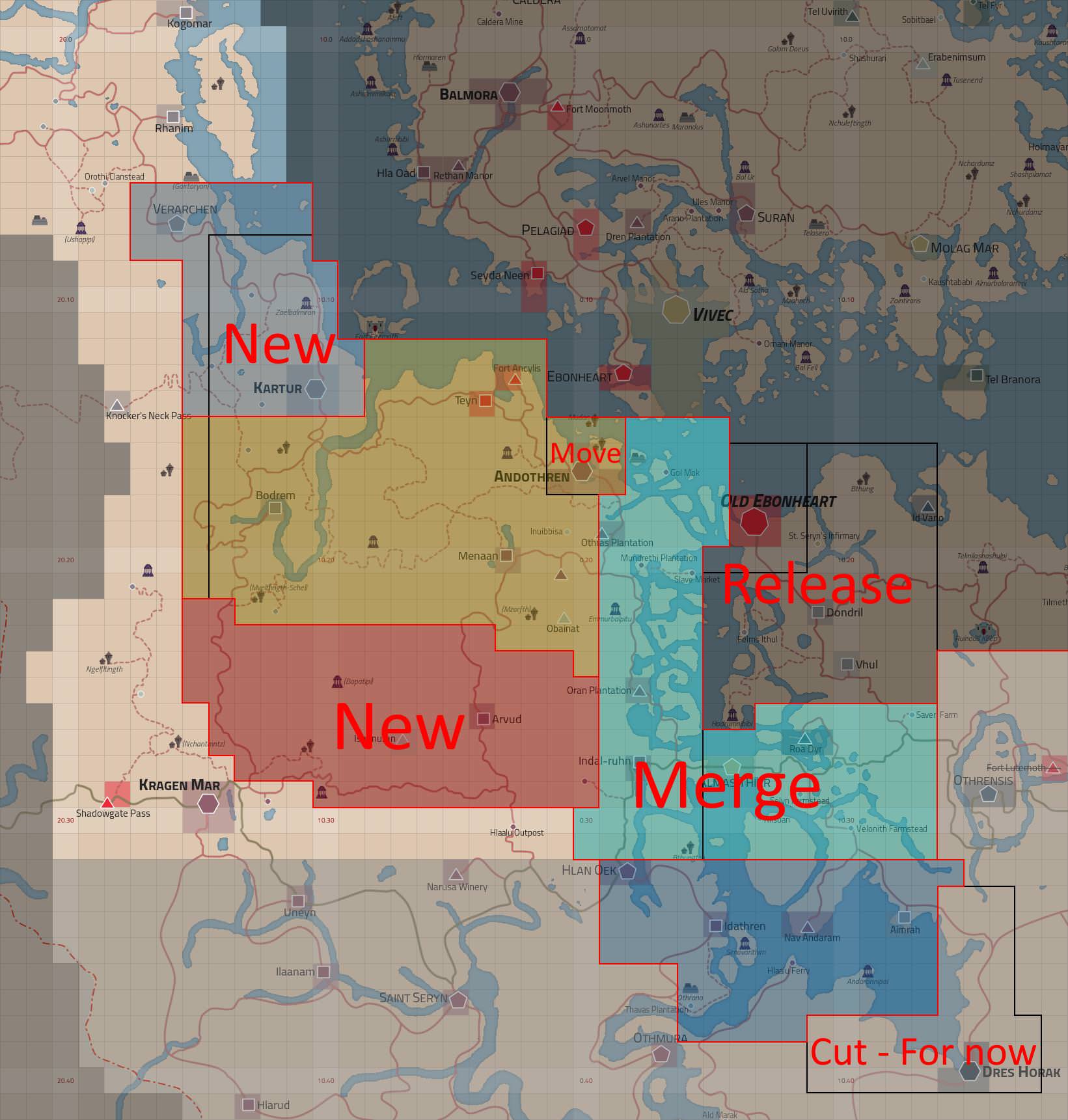 A working plan has been nailed down, generally to be worked on after Old Ebonheart has been released:;