The Talos Tower needs NPCs, with Imperial Battlemages the occupants of choice.
https://www.nexusmods.com/morrowind/mods/44096 was suggested as a resource, but as these robes are rigged to the Better Body mesh, they cannot be used as-is.

Until P:C has developed an armor set for the Battlemages, we thought about using this: 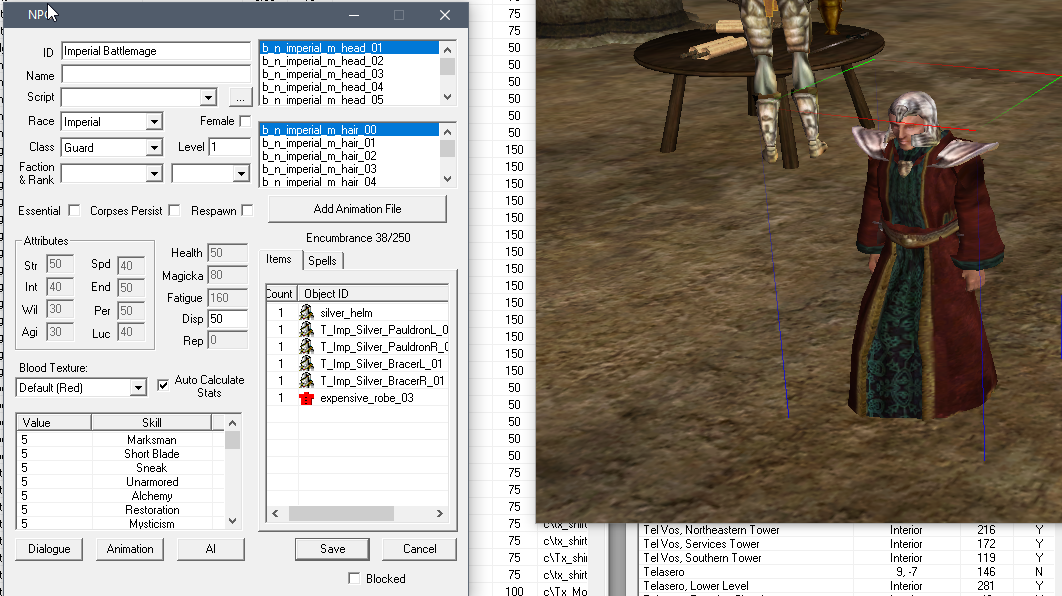 But discussion turned out that a blue robe would be better as it would look more like the final P:C robe/armor combination. As this will ultimately be the decision of P:C, the placeholder will be acceptable for now.

Atrayonis will add a few new models and an Imperial Battlemage NPC to Tamriel_Data, but after that new contributions should be left for the next update.

Rot’s mainland fixes will be merged, but additionally the Colovian bread needs to be replaced:

The translation.txt needs to be checked and updated accordingly.