Region Revamp (this will take two or three weeks)

Third and final part of the of the Region Template Meetings for the Thirr Valley if no other pressing matters need to be discussed first.

A bugfix release is planned for next few weeks (preferably next week), containing edits to TR_Mainland.esm, resaved TR_Faction and TR_Travels plugins. (make sure dates are correct this time!)

No new quests should be added for this release, which is why it should happen soon, as quests are ready to be merged.

After this, the next release is planned for March 2019 or when the Aanthirin release is ready, whichever happens first or is more convenient.

Bugs that needs to be fixed: 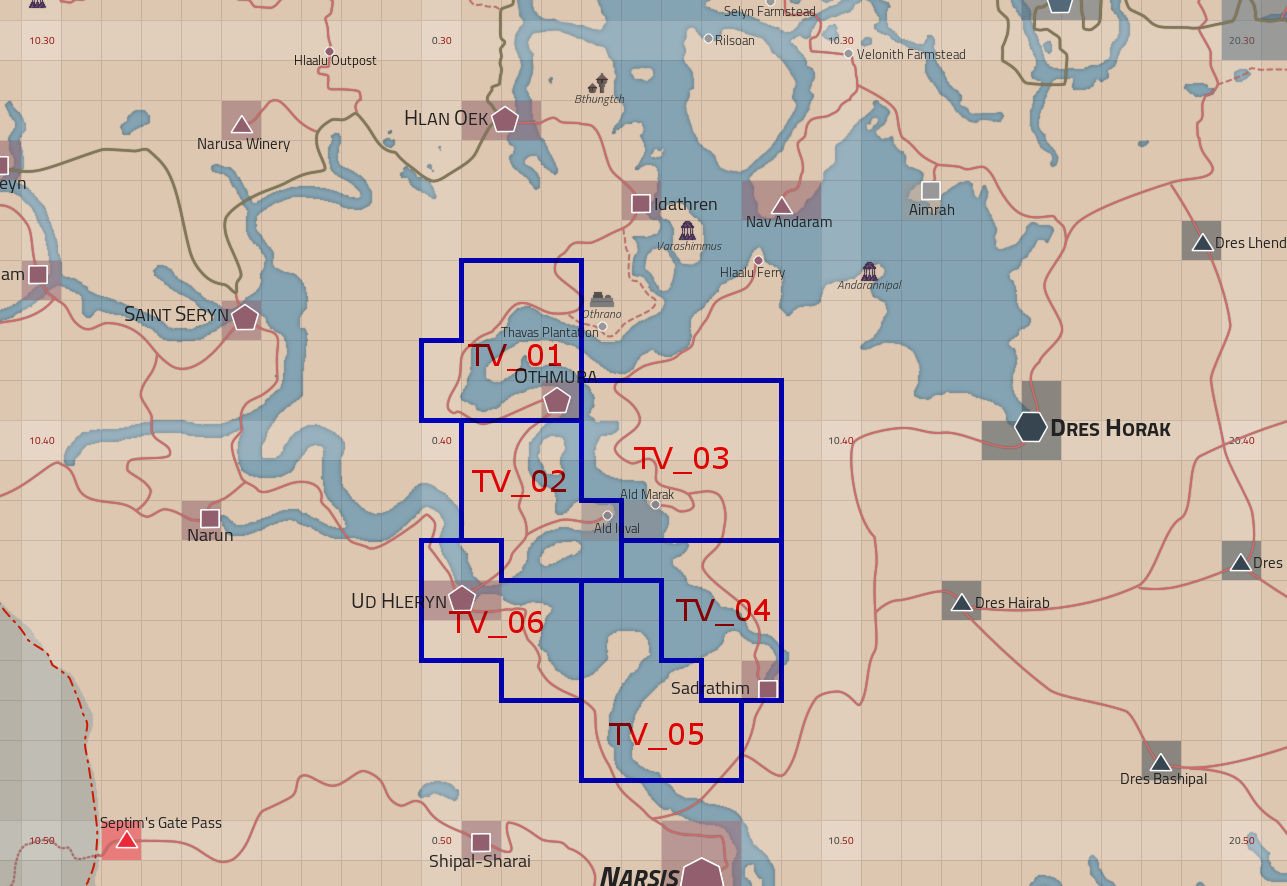 Guidelines for the appearances of the interiors:

Tombs - a mix of old Redoran ones, mostly neglected, with old Hlaalu tombs mostly to the south, but a few newer (small and tidy) Hlaalu tombs further north. The older ones should be derelict or partially looted, with spider webs and cracked/turned over empty urns where looters have passed through and the like. Dead would-be looters and powerful undead should make up the rest of the old tombs. The loot, especially untouched stuff further in, can have nice enchantments and such, but shouldn’t be too high-end (very little glass if any, etc.) and should be damaged.

Grottos - most of them should be relatively small and straightforward, perhaps with a lot of water plants (especially for shoreline grottos) to reflect the swamp-y region. Some can be deeper and more complex

Velothi towers - some might be overgrown with critters or bandits, others might be non-hostile with non-Temple-affiliated scholars ranging from Dissident Priests or other such freethinkers, more or less accepted by the Temple, to Baladas Demnavi-type individuals, one will have a DB cell

Chimer Strongholds - one will be occupied by the Cult of Arius, the other will have a lich hidden deep within, will mostly be abandoned and infested with vermin, with a few slaves hiding in a dome at the top.