The Thirr Valley heightmap question, posted shortly before the meeting, should be solved.

As Veloth's Path extends beyond release file borders, the issues with it were split likewise:

Objects to be placed on teh edge of Veloth's Path:

Minerman linked some reviewed old forum interiors with RR design claims. After merging them, Jani’s script can check for any remaining interiors to be made for the section file.

There are also shack interiors on the list, which can be used for the Aanthirin release.

Stairs to the Necrom Watchtower

The bug has been fixed by Mort so that it can be navigated on foot again.
Actually extending the stairs back to the floor level as well as adding textures or lamps is not going to happen for time being, so we agreed to close the bug report.

There are currently 6 pages of assets that are in review / pending review / at 100% completion, what do?

The agreed response is to panic. Infragris has volunteered to look after the 2 pages of artifact assets, and literature might be met with a task force soon, taking the edge off the long-running problem assets.

Moving the Ruinous Keep is fine, some dialogue might need to be edited referring to the ruin. It might be used to form a temple quest for Necrom, having to hunt for the prisoner in the keep.

Adding the Archaeological Society NPCs to the new faction is fine.

Erasing the peninsula north-west of Nassudan is acceptable, as this is only exterior work. Care should be taken that, while unnecessary mainland edits are to be removed, the seabed shouldn't form a mess of default texturing and the normal seabed colour for Azura's Coast. 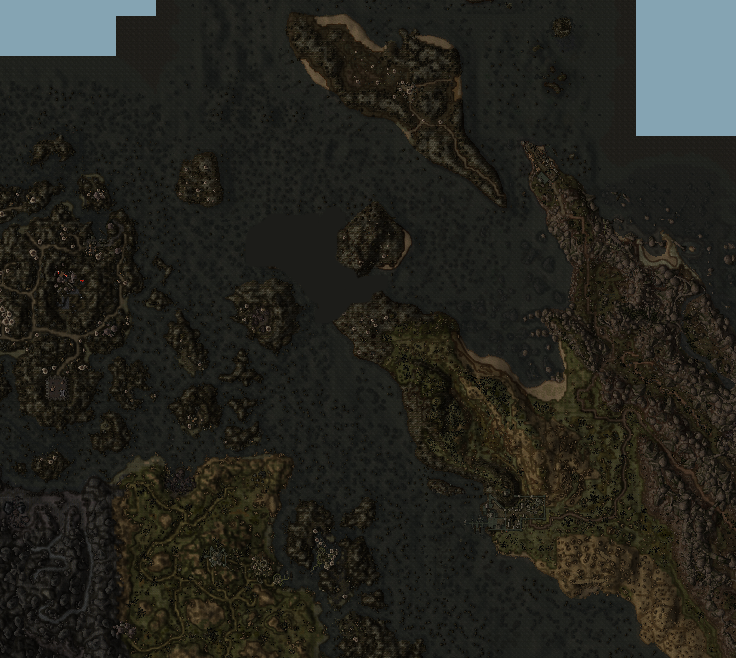 I like it :D. Sorry about clogging up the asset browser!