Hey guys, I've never posted on these forums before. I posted this on another thread as well (https://www.tamrielrebuilt.org/forum/house-dres-settlements-brainstorming?page=4#comment-12048 this one), but I'm not sure if that's the right place. Sooo I thought might as well post in the concept art forums. That's what it is after all.

What? Argonian slave hut
Why? It emphasizes uniqueness both of house Dres (unwilling to build shacks) and the Deshaan plains (no trees widely available), and allows TR to add a bit on Argonians. Should be quite rare - only if a clan is too poor to construct a slave pit, if the slave pit is overpopulated, or if the clan's ricefields are far removed from the clanstead. 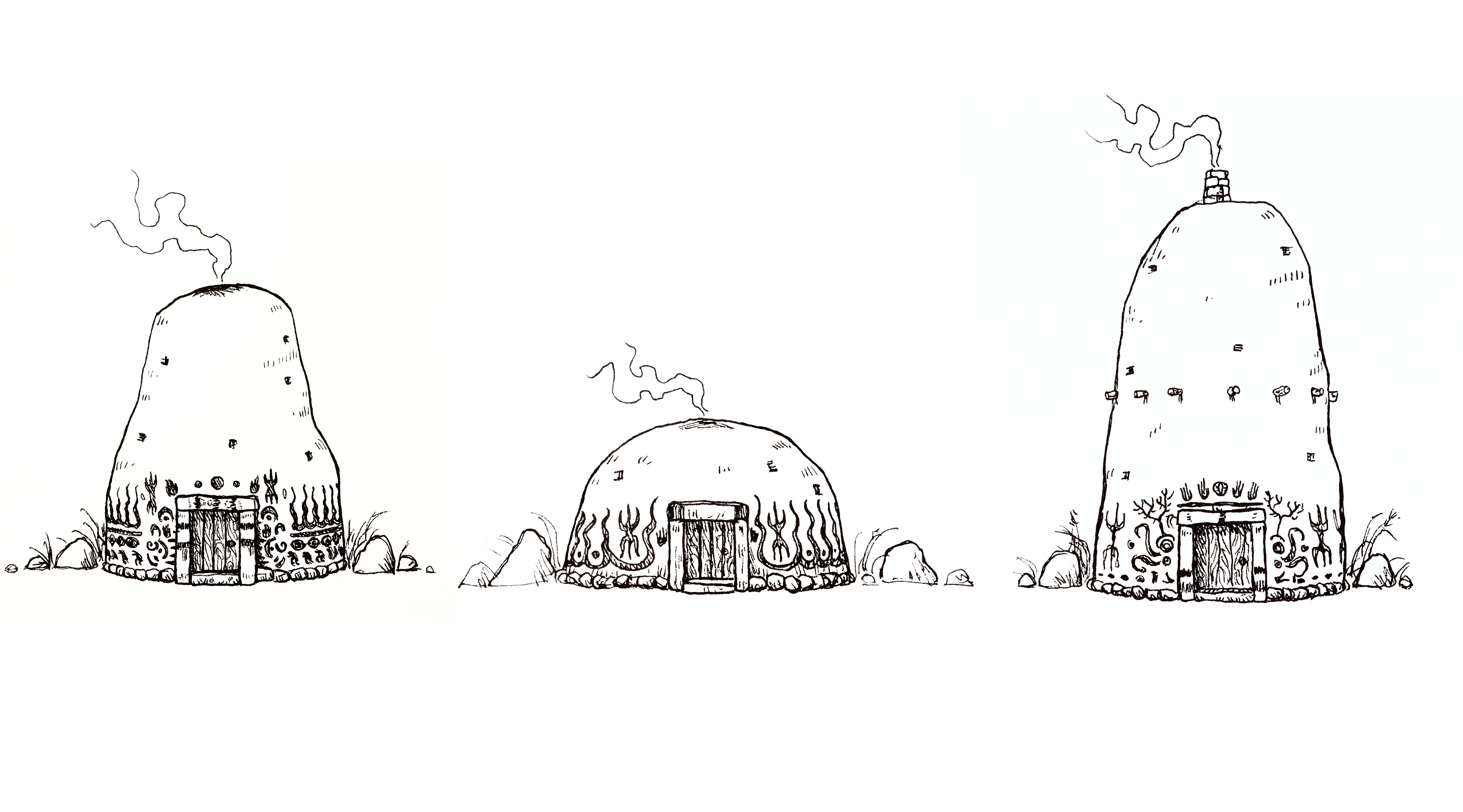 Description: These mud-and-rock dwellings are constructed by the Argonian slaves of House Dres in lieu of slave pits. Some clansteads have no slave-pits due to lack of room or funds. The slaves, not allowed to enter the clansteads of Dres, are at night simply left to their own devices. The Deshaan Plains are themselves a prison. House Dres also builds no shacks for its slaves, firstly because no wood is available, and secondly because that would mean a Dunmer would work for an animal. Slaves who wish to survive the temperature and predators of the night outside the clanstead must construct their own dwellings. Built in a native Argonian style, but improvised from the salt-rich clay of the Deshaan saltrice paddies, these primitive dwellings serve to shelter the miserable slaves.

Although the dwellings themselves are simple, they are often richly decorated by the slaves. These hand-paintings serve a triple function: aesthetic, warding, and storytelling. The pictorial depiction of the Hist (in either upcurling tentacle/branch patterns or a stylized tree with three upward branches and three downward roots) is invoked to keep misfortune out of the dwelling - this is a popular motif among the wretched slaves. Some pictures will also figure Argonian figures hunted by Dres slavetakers. Others show Argonians killing Dres slavetakers. These invoke no punishment since Dres overseers do not examine the paintings, considering them to be meaningless scratches made by animals. 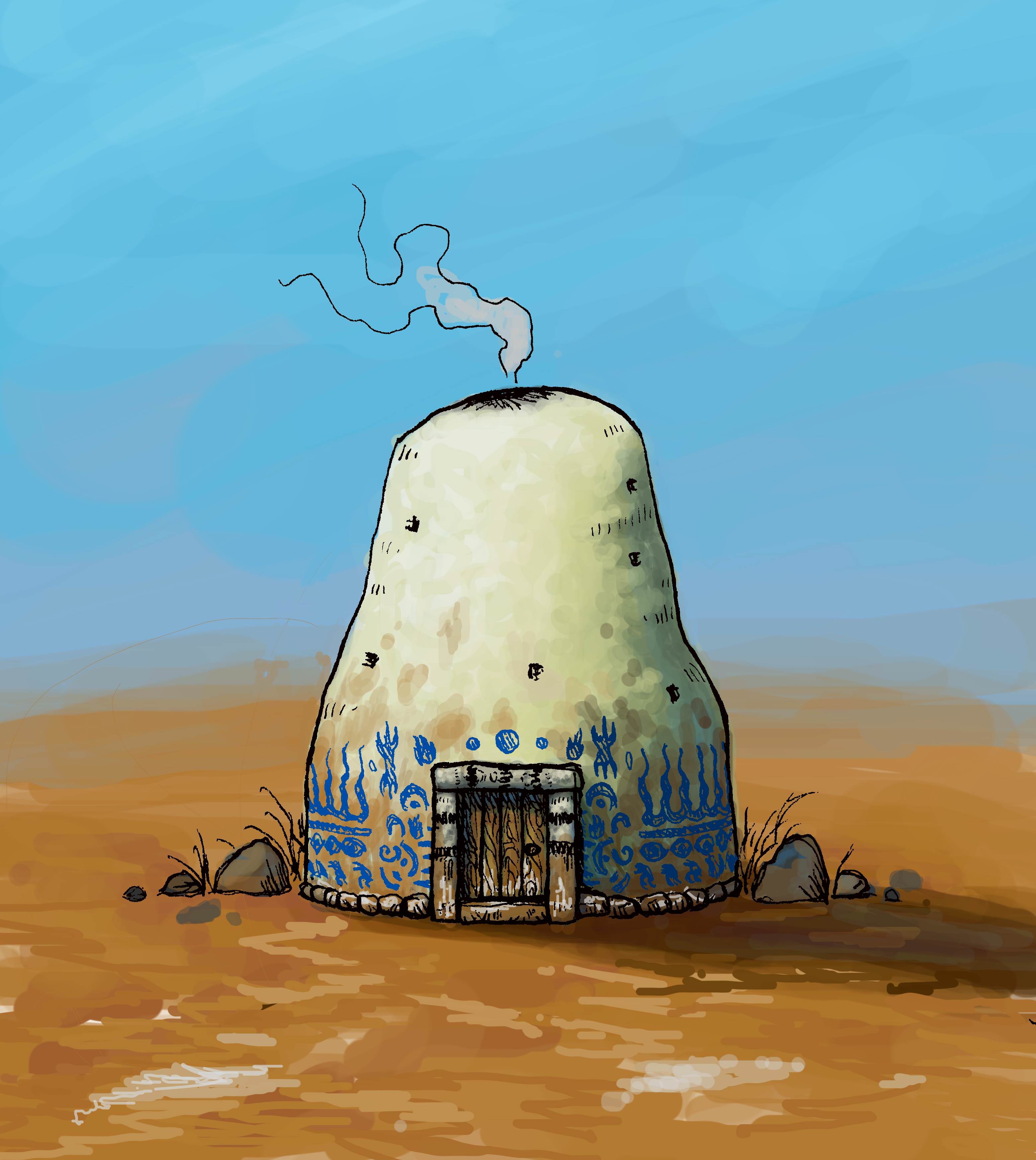 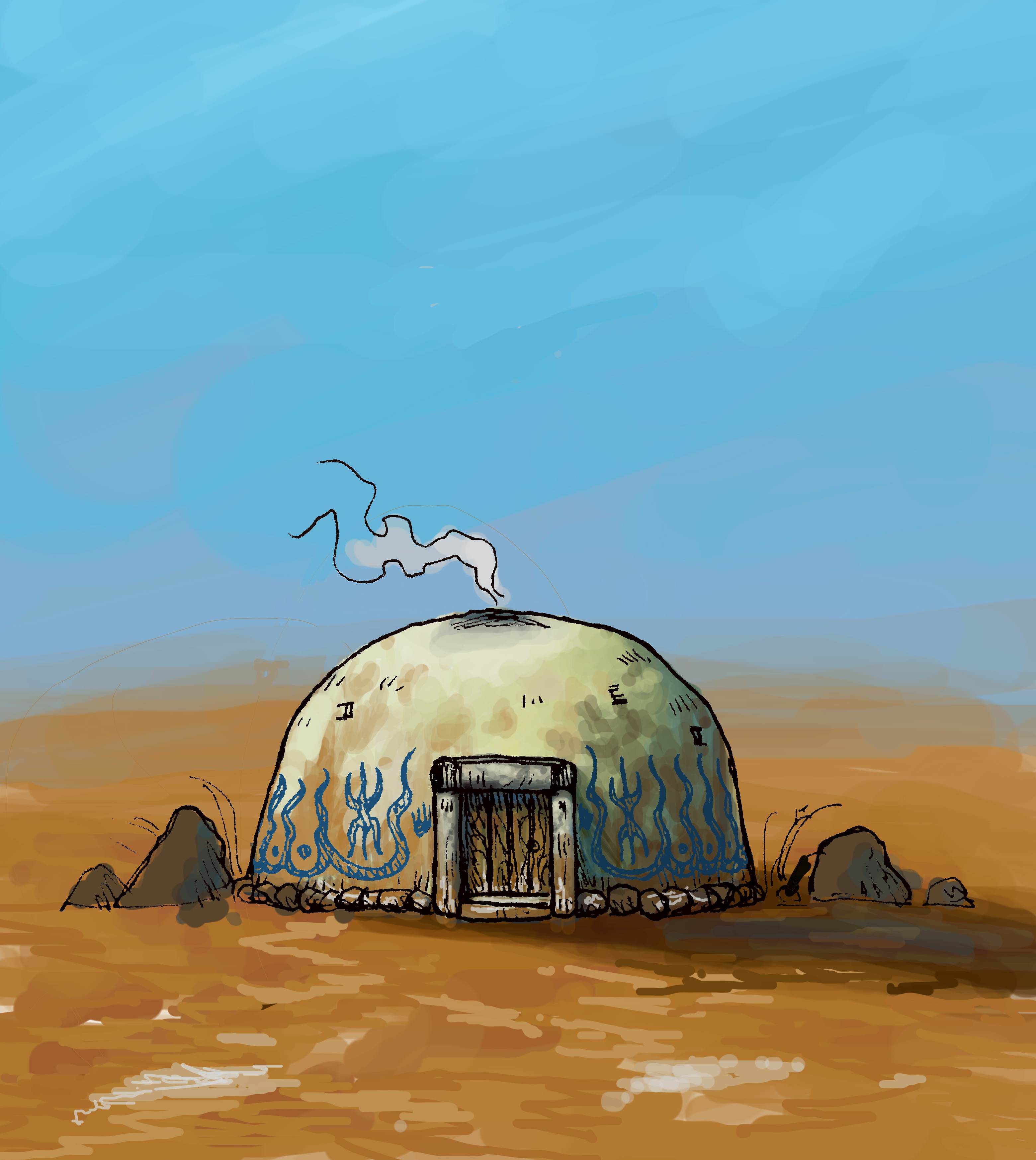 In an Argonian setting, these houses would be made of the finest pale clay or light-brown mud and painted in bright green and red colours. However, in Dres captivity, the clay is tainted yellow by the omnipresent salt, and the only pigment available to the slaves is from a waste product of saltrice farming, which is of a blue hue. Thus, the Argonian slave dwelling is a mockery of Argonian architecture in the colours of their slave-takers. On top of that, the dwellings are stained white on doors and lintels by the salt which its inhabitants take with them from the fields, and brown by the dust which keeps blowing in from the more arid regions.

Comments: I think this would be a really fun inclusion to add more flavour to House Dres but also to the huge slave population that seems to get overlooked in these discussions. It might be a bit presumptuous to "design Argonian architecture" all by myself, buuut because these are more-or-less improvised dwellings, they keep the lore door wide open for any future Argonian developments. Thing is, can this concept work alongside the slave pits? I think it can, because slave pits means building a big facility to house all your slaves. Not all clansteads will have that opportunity. This type of dwelling should be seen only near smaller or overpopulated clansteads, or near ricefields that are far removed from the clanstead. The Argonian slave painting might actually be cool to add to the slave pits.

I'd be curious to hear any feedback! Also, how do tags work?