This has nothing to do with Tamriel Rebuilt.  However, I consider this community the residential expert on Morrowind lore. I'd also like to say I love the new (probably not new to you) forums.  They're really beatiful, look a lot nicer than Bethesda's new forums xD

I'm working on a faction mod for Skyrim and while I've been making dungeons, I have avoided setteling on a faction to actually work on.  I know I don't want to do Telvanni because, while they're awesome, they have plenty of content through the DLC and other mods.  Similarly, Redoran has a decent amount of content through DLC, and really isn't the most interesting faction IMHO.

So, this leaves the following:
House Hlaalu (Exiled - would be most lore-friendly)
House Dres
House Indroil
House Sadras (would provide most freedom, since we don't know much about them)

I was wondering if anyone here had some insight into how these different factions operate.  I know the Dres are farmers/slavers, Inrdoil are religious, Hlaalu is Hlaalu, and Sadras is probably similar to Hlaalu.  But I'm more interested in the houses relationships with factions in Skyrim.  Is it likely Hlaalu continues to lick the Empire's boots or are they PO'd at them like the other houses?  Is House Dres/Indroil likely to get along with the Empire?  I'm also VERY interested in rankings, do any of these factions have a telvanni-like mouth-magister system?  I looked in the MW construction set but it looked like Indroil, Dres, and (obviously) Sadras don't have any faction data.  Finally, what are these feaction's end-games?  Money?  Power?  Integrity?  Technology?

Are there any other Houses in Morrowind that are close to Great House status?

Really appreciate any insight you can offer!

During Skyrim times, Dres just dealt with a massive Argonian uprising and invasion, and are probably on life support. I believe they have been relying on Redoran to get them their land back, but otherwise probably just reeling in shock--if they are not out there trying to get their revenge.

Beyond being farmers, Dres are the most close to the old Ashlander-like culture. In TR, they organize themselves into agrarian holds that are each run by a wise-woman-like figure as their Councillors, and the whole shebang is represented by a male Ashkhan-like figure called the Sathem-Ithil, who travels from hold to hold to help solve disputes and maintain "Clan Dres" as a unified front, as Dres is actually the unity of a bunch of smaller clans. He's more of a figurehead, while the "wise women" (Councillors) held the real power.

However, in TR endgame you find out the wise women SPOILERS are these beings cursed by Daedra to live immortally, feeding off of the lifeforce of slaves, just barely hanging on to life. Back when Morrowind began, the Dres were pushed into some of the most inhospitable lands on the border of Black Marsh--salt plains, salt deserts, salt marshes--and they had to make deals with the Daedra the Sload, and even the Hist to survive. Being proper Dunmer, they believed they could get out of the deals by making yet other deals, and you can see how this snowballs. TR endgame, this bites them in the butt. By the time of Skyrim, they are liking still feeling this blow, and the old wise women are probably dead or exiled, and Dres still trying to find its identity...or perhaps still cling to the old ways, as they did all through the reign of the Tribunal.

And, well, then the Red Year and the Argonian invasion. Dres pretty toast right now, but like good Dunmer, are still holding on determinedly.

As for Indoril, they are like the aristocracy--they believe they run the country, under the divine mandate of the Tribunal. They are your judges and magistrates and nobles along with being your priests and crusaders. During the time of TR, they decaying from the inside out. Their strongest backing, the Tribunal, are failing, and once those gods are gone they pretty much collapse.

Hlaalu sees this, and makes their move. They ally with Dres, and using their resources, start aggressively taking land. Telvanni sits off in their corner not giving a bleep, but Redoran and Indoril team up to fight back. Apparently Hlaalu loses, as we later see them being replaced with Sadras and disgraced. Indoril and Redoran then likely have their tussle on where to place the Tribunal in the pantheon now that the gods' deaths and lies are well-known. Redoran becomes the strongest House politically and militarily, and is pretty much the only thing holding Morrowind together after the Red Year. Indoril was probably devastated by this and the following Argonian invasion, and may have turned into Redoran boot-lickers until they get back on their feet and try to reclaim their place as the rulers of Morrowind--doubtless there's a bunch of arrogance and "divine right" thought still running around with them, and they turn back to the sneaky Daedra to learn how to get that power back.

As for Sadras, all we know about them is that they worship the Divines. How or why, we have no clue.

That's more or less how I would summarize it, as much as I can remember and going off of the lore so far--I could have my details wrong in places. What happened to the Dunmer nations is pretty foggy after TES3. You could try talking to Beyond Skyrim: Morrowind, as they have gone much more in depth with the lore of the TES5 era, while we focus primarily on the TES3 one here.

There's been a lot of debate on whether there are any smaller Minor Houses among the Great Houses. I think the general consensus is that there might be, but most of them pay fealty to one of the Great Houses. Sadras was probably one such until they took over from Hlaalu, and of course there's Lord Nerevar and Sotha Sil's Houses, which are mentioned only by name here and there. 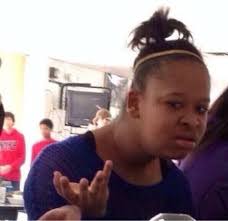 Ah, thanks so much for the insight.  I had no idea Sadras worship the divines, didn't think we knew a thing about them.  How interesting, I suppose they rose to power after the tribunal was proven false-gods claiming they were always worshiping the true gods.  Still, most Dunmer worship the Daedra so it's a bit odd.

Also had no idea the Dres were in shambles.  I suppose it makes sense, given the argonian invasion.  Still waiting for an elder scrolls game that takes place on the border of Morrowind's mainland and Argonia.

It's a shame Hlaalu wasn't featured much in Skyrim.  While I found them to be quite boring in Morrowind, I have been very curious as to what happened to them after they were exiled.

I would say there are defenitly smaller houses, since Sadras was one of them before they turned into a Great House.  Or, perhaps the smaller houses are simply large noble families that, in Sadras case, can rise from a family house to a great house.  House Ra'athim, would be a good example.

As for Indroil vs Indoril, I wish I could say it was a simple typo.  I guess after 300+ hours in Morrowind, I was still glossing over the spelling when I read the dialogue. I always pronounced it indroil too...eyeopener! :p

Anyways, I really appreciate the lore lessons, they help a lot.

As for Sadras, all we know about them is that they worship the Divines. How or why, we have no clue.

Huh, that's interesting. Makes it sound like Sadras is stepping into Hlaalu's old ways as liaisons between Morrowind and the Empire (and maybe taking it a step farther, since not even the Hlaalu went that far). The more things change, the more they stay the same.