After an interior claim has been cleared by a review, the thread will be moved here. Discussion is still allowed. I could potentially use my interior showcase, the Omoril Ancestral Tomb, to fulfill this claim. The showcase is available for viewing in the Developer's Showcase forum.
Top

Granting. I'd be okay with you using your showcase interior for this, but we'd have to talk about those NPCs.
Top

All things from the showcase still stand. The file is clean, contains a northmarker, contains a grid path, etc.

The tomb features 1 new script, 10 new NPCs, 1 new creature, 2 new containers, and 1 new cell. No new meshes have been created or used. The extension makes use of De_p furniture as well as other original Morrowind resources.

The tomb is dedicated to the Omoril family.

There is a fourth member of the Omoril family, a dedicated Temple healer named Rilnu, who had requested leave to visit his family's ancestral tomb a few moons ago. He has not yet returned. (He is the dead NPC found in the cell.)

The tomb has been infested by bandits. The levels of the bandit NPCs have been tweaked to be lower than what they were in the initial showcase file. The two orcs have had some of their Orcish armor pieces removed or replaced with a cheaper variety (e.g. the male orc had his shield removed entirely, while the female orc's boots are now netch leather).

I am aware that the corridors are a bit long. I have removed a few tiles, but I feel that the space is used well overall as far as NPC placement, object arrangement, and theme. The tomb is meant to be a bit unusual. The wide corridors are ideal for ranged attackers or for charging enemies, and the halls include two trap pits.

Note: The file is the same as "TR_i5-72-Red_Wel-Gordhaur_2.esp", and from now on, I will only attach files to the official top post of the claim thread (and refer to it in any edit posts by its properly formatted name). Thank you.

I've revisited this file for some reorganizing and cleaning.

I am thinking of adding a few more TR pieces to the file -- maybe a few broken urns or broken crates -- and then it should be ready for review.

How do people feel about the layout of this tomb? The claim was labeled as a Redoran faction tomb, though I read somewhere that the faction tags don't necessarily mean that the interior is strictly aligned to that faction. Can anyone provide more information on this?
Last edited by Wel-Gordhaur on Tue Mar 25, 2014 12:21 am, edited 1 time in total.
Top

Wel-Gordhaur wrote: How do people feel about the layout of this tomb?

You should try to add more variety, as of now you have four rooms and two pits with almost the exact same layout. Take a look at some of the original ancestral tombs if you need some inspiration. The more different kind of rooms you have - the more interesting it is generally for the player to explore.

Also there should be a way to get out of the pits by foot, otherwise it would force people to reload a savegame if they have no levitation available (not fun!).

Furthermore the chest with ebony weapons is too high value for such a small tomb, imo. The same goes for the ebony spear in the first pit. The other loot looks appropriate to me.

I've changed the layout of the tomb to a two-level multipurpose structure instead of a single-level tomb. Several of the original rooms were moved to the lower level. Two new rooms were added with a more varied detail scheme.

The two pits were combined. A potion of Rising Force and a scroll of Recall may be found at the bottom of the pit.

I switched out the chest with the ebony weapons for a chest with a few hundred gold and a few jewels. I've left the ebony spear in the tomb for now.
Top

Do you have an update for us, Wel-Gordhaur?

The tomb should be finished relatively soon. I would like to re-visit the pitfalls again and perhaps re-arrange the skeleton(s) and the loot.
Top

Hey, how is this going?
Top

Any progress with this?
Top

This will be the last request for an update. The claim will be revoked if we do not hear from you.
Top

Revoking due to modder inactivity.
Top 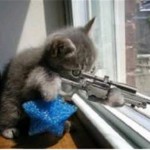 I would like to claim this. It's quite large and vertical, some parts are starting to collapse. There will be a section where they bury disgraced members of the family.
Top

Just wondering if you have any update to report?
Top

Haven't been able to work on it much as of late, but will get an update up soon. I've only been able to complete about half of the layout, but I'm still working on it.
"When life gives you lemonade, make lemons. And life will be all like 'what??'" - Phil Dunphy's Phil's-osophy

Please do try to post works-in-progress, and keep the % completed up-to-date. This way, we can review your work and let you know of any problems we see, or give accolades.
Top

Updation #1
"When life gives you lemonade, make lemons. And life will be all like 'what??'" - Phil Dunphy's Phil's-osophy

Hey Dormichigan, while looking at your int I came up with an alternative idea for the ex_vivec_lp_01 part, which you perhaps also like.

Anyways, really nice layout already, should be fun to explore!

Thanks for that Ragox! I will make sure to credit you in the end.
"When life gives you lemonade, make lemons. And life will be all like 'what??'" - Phil Dunphy's Phil's-osophy

Just checking to see if there has been any progress.
Top

Scratch the cavey bit part. It's pretty grand... maybe more than I intended. But nonetheless, I'm happy with it. I may have a quest idea...

There is a writ of execution marked for "Bob" (temporarily). Maybe there could be a Morag Tong quest to retrieve the writ and perform it because it was not completed but was buried with the assassin.
"When life gives you lemonade, make lemons. And life will be all like 'what??'" - Phil Dunphy's Phil's-osophy

Off to review
Top


Other:
Replaced the vivec statue with a mural and some rails.
Replaced instances of 'light_sconce00_128' with 'light_sconce10_128' (style-mixing).
Added 'in_velothismall_ndoor_01' to entrance.
Removed '_1' suffix from cell name, renamed 'TR_writ_?' to include interior name, corrected 'TR_i5-73_oathbreaker' to i5-72.
Replaced 320-radius sconces with 256, replaced 256-radius sconces with 200.
Added some pillars and replaced 'in_vs_pitceil_01' with scaled-up instances of 'in_v_l_int_lcenter_01' in the central chamber.
Scaled up the small 'barrel_01_de_pos1'.
Adjusted bleed of a few bones in the ashpits.
Replaced 'furn_burial00' with a 'furn_bone_stake00'.
Added an ashpit beneath 'furn_burial20' and added pair of 'in_v_s_wall' sections to cover lighting seam.
Changed 'T_De_Set_BannerSaintVeloth_02' to hang above the door.
Moved shelves down slightly to create even bleed.
Moved 'furn_velothi_altar_01' with Morag Tong helm out of wall.
Added a bargain potion of rising force to the bottom floor to give overly-hasty players an opportunity to escape.

I've left the sword (TR_i5-72_oathbreaker) as-is; it seems a bit much, but I'm not a great judge of appropriate reward value so I'd love to get another opinion.

I've changed the katana to an aena sickle and compensated with a little extra loot.
The changed file can be found in the asset browser on the new forum: http://tamriel-rebuilt.org/asset/review ... -old-forum
Top