In short: The city of Almalexia is going to be one of the last steps of the project, so there are no finalized plans as of yet. An old version of the city is included in TR_Preview.esp, but we have not decided how much of that preview will be kept. We are going to completely reimplement Tribunal content when we get to that point.

In detail: We have not yet decided what form our revision of Almalexia will take. The current implementation looks and feels big, but it is rife with problems.

One of the problems of Almalexia is the Mournhold as depicted in Tribunal, which makes little sense: while often thought to be a "forbidden city", it is instead shown as a suburb filled with outlanders, the temple of the goddess Almalexia is shoved in one corner with the palace of the (Imperial) king in the center, and there is no sign of Great House Indoril - which is supposedly dominant in the region. 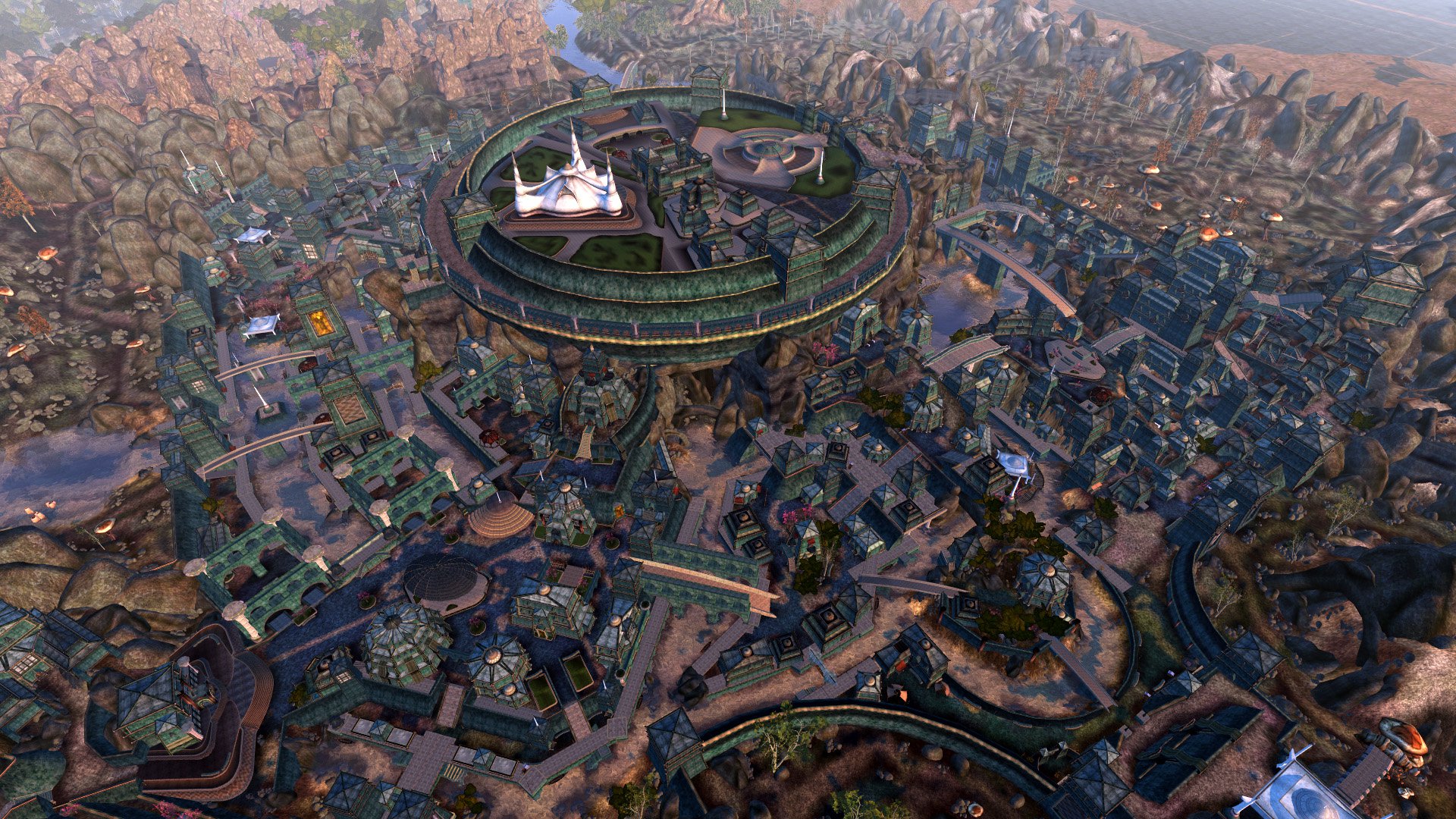 A problem for all city planning

A short time later, the Statement of Vision codified the new plans for Almalexia: “Mournhold as depicted in Tribunal will not be a part of Tamriel Rebuilt’s final product.” This does not mean that we are doing away with any of Tribunal's content. Rather, we are going to duplicate and reimplement the content of Tribunal into Morrowind's worldspace without being shackled by the odd and inconsistent design of Mournhold. The original Mournhold cells will be left as they are and will remain accessible via in-game console.

Content-wise, Tribunal will play much the same way it does now. Questlines and NPCs will likely remain the same; however, there will be significant differences in the layout of the city (pictured below). The vanilla game only shows the “forbidden city” of Mournhold, within the large capital that is Almalexia. In Tamriel Rebuilt, the city will be scaled up significantly, and a great deal of content will be added. The temple of Almalexia will be placed in the center of the city, with Imperial and House Indoril holdings on the outskirts. The other landmarks (the Plaza Brindisi Dorom, for one) will be fit within this larger framework. 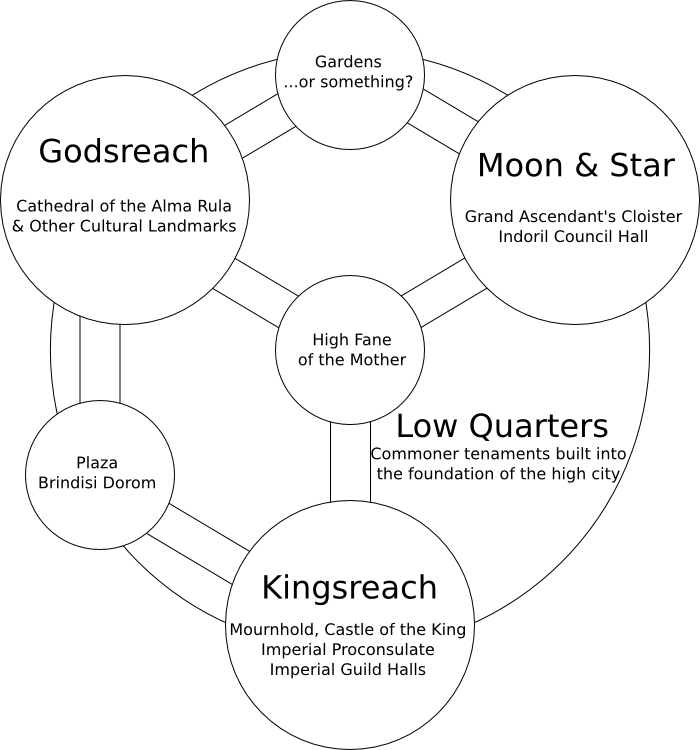 A blueprint for the future design

There are a few quest, dialogue, and lore changes we are going to make. Already, if you are attacked by a Dark Brotherhood assassin, you can talk to a guard on the mainland to be directed to Firewatch (instead of Ebonheart).

We have also removed the game's narrative of Vvardenfell being quarantined for the Blight, which was originally added to Tribunal to explain why you could not enter the entire city. The significance of the quarantine was added by Tamriel Rebuilt in the first place, and we have relegated it to history [UESP]. It simply does not make sense in Tamriel Rebuilt's world, given how easy it is to travel between Vvardenfell and the mainland. Any future implementation of Almalexia will not as we think it should have been.

Current and older plans are in the Almalexia gallery.