1.1 What assets that we currently have should get used?

1.2 What existing assets need to be modified?

1.3 What new assets (models/textures) need to be made?

On the edge of the finished exterior, twelve cells will be added now, while the rest of the Orc Switzerland heightmap will be made along with the Cyrodiil heightmap. 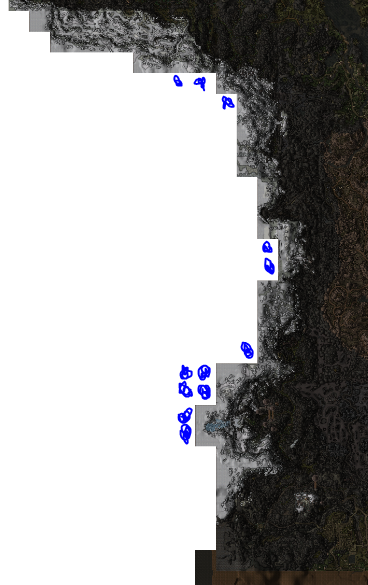 The rock clumps should be gotten rid of. Example of such: 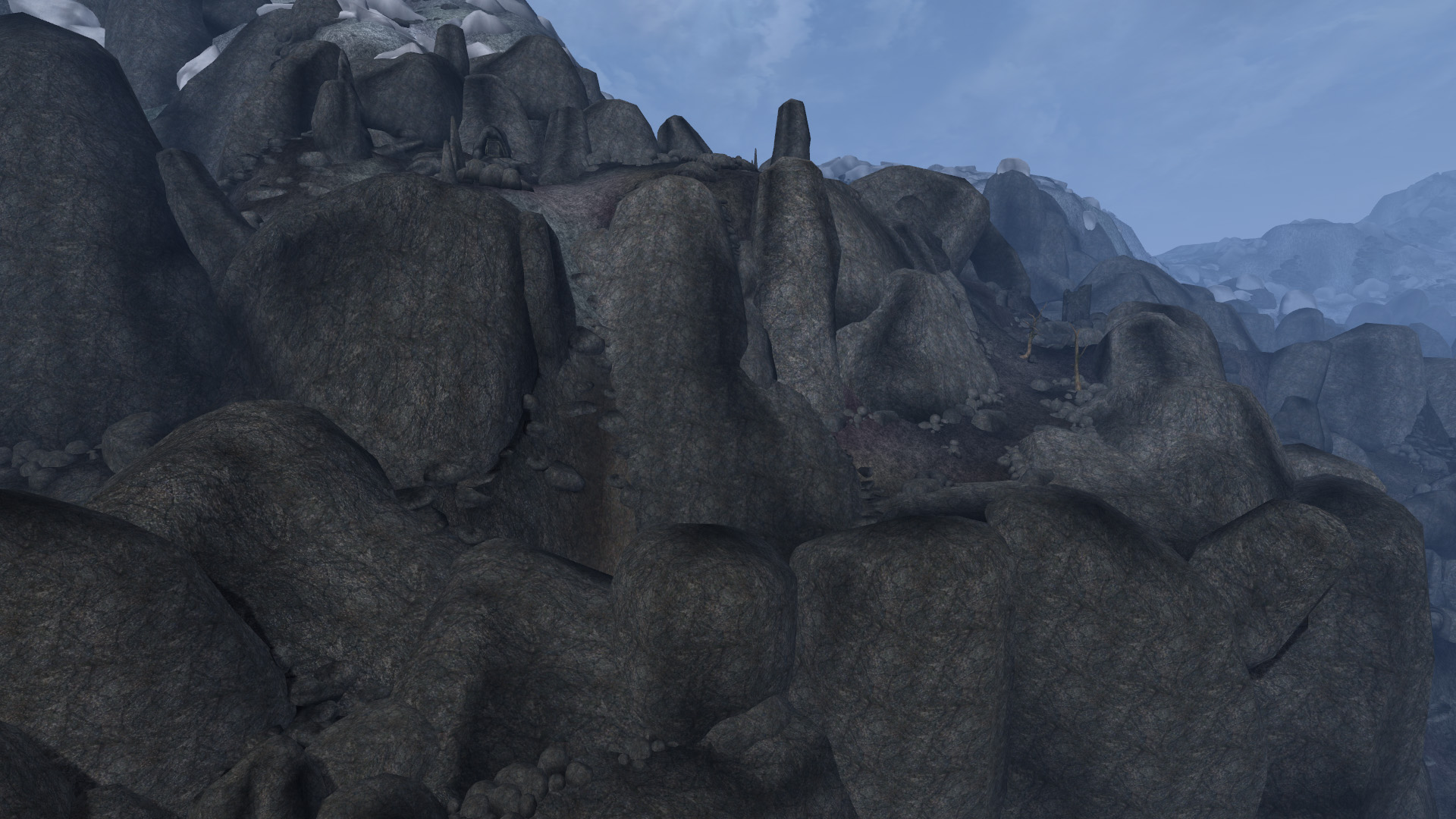 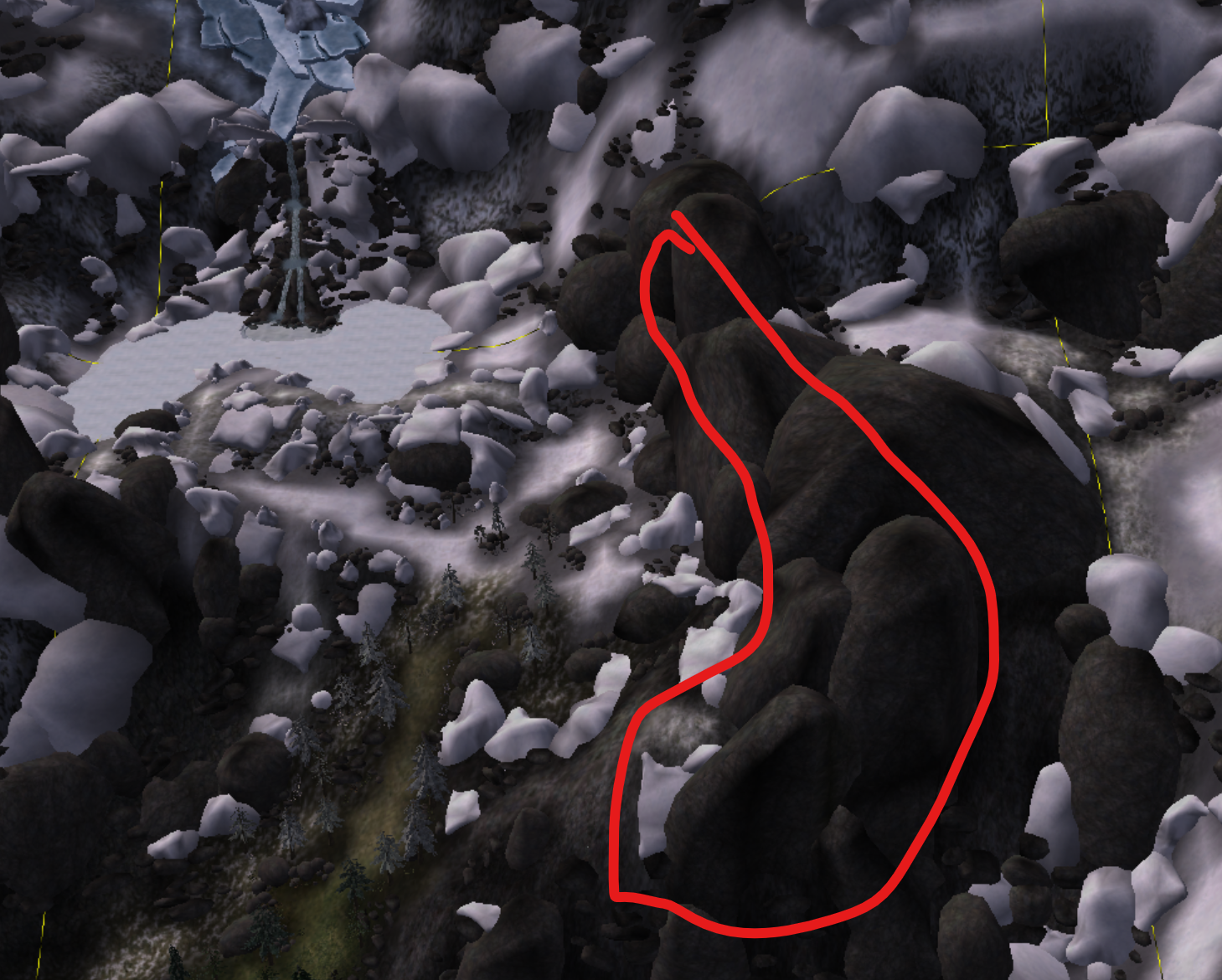 In general cobbling with vanilla assets should be removed and replaced with Wolli and SHotN peak and cliff meshes. In particular, details in the valleys need to be toned down.

An example of what we have versus what we want, all in one picture:

The exterior caves should be retained, whenever possible.

Additionally, steam vents and fissures should be added. They are necessary to keep the kwama mines alive and are a good excuse to make the valleys more hospitable. Some more narrow paths through the mountains should be added. Some of the new interior entrances can be added to these.

There should be a few exterior camps, such as Redoran camps with large council tents and smaller warrior tents. (T_De_Set_X_Tent) The existing A-frame tents can be used by Nords and outlaws. Orcs and goblins would live in caves, but often with some clutter outside of the cave.

2.1 What sort of interiors would this region have (caves, tombs, etc), and in what proportions?

Many caves. More caves. Everyone gets a cave! With Goblins, Orcs, Trolls, vampires, and outlaws, there is no shortage of beings who live in caves.

There don’t need to be many tombs, though one or two in the region wouldn’t hurt. A few mineral and kwama mines would be good, but shouldn’t be very profitable.

There could be a couple of Velothi towers as well as Nordic barrows around Rift Pass.

There could be Dwemer ruins (no more observatories please) in the northern parts of the region (they’re currently only in the south), and another Daedric ruin or two wouldn’t hurt but isn’t needed.

2.2 How many of each type of interior are needed? 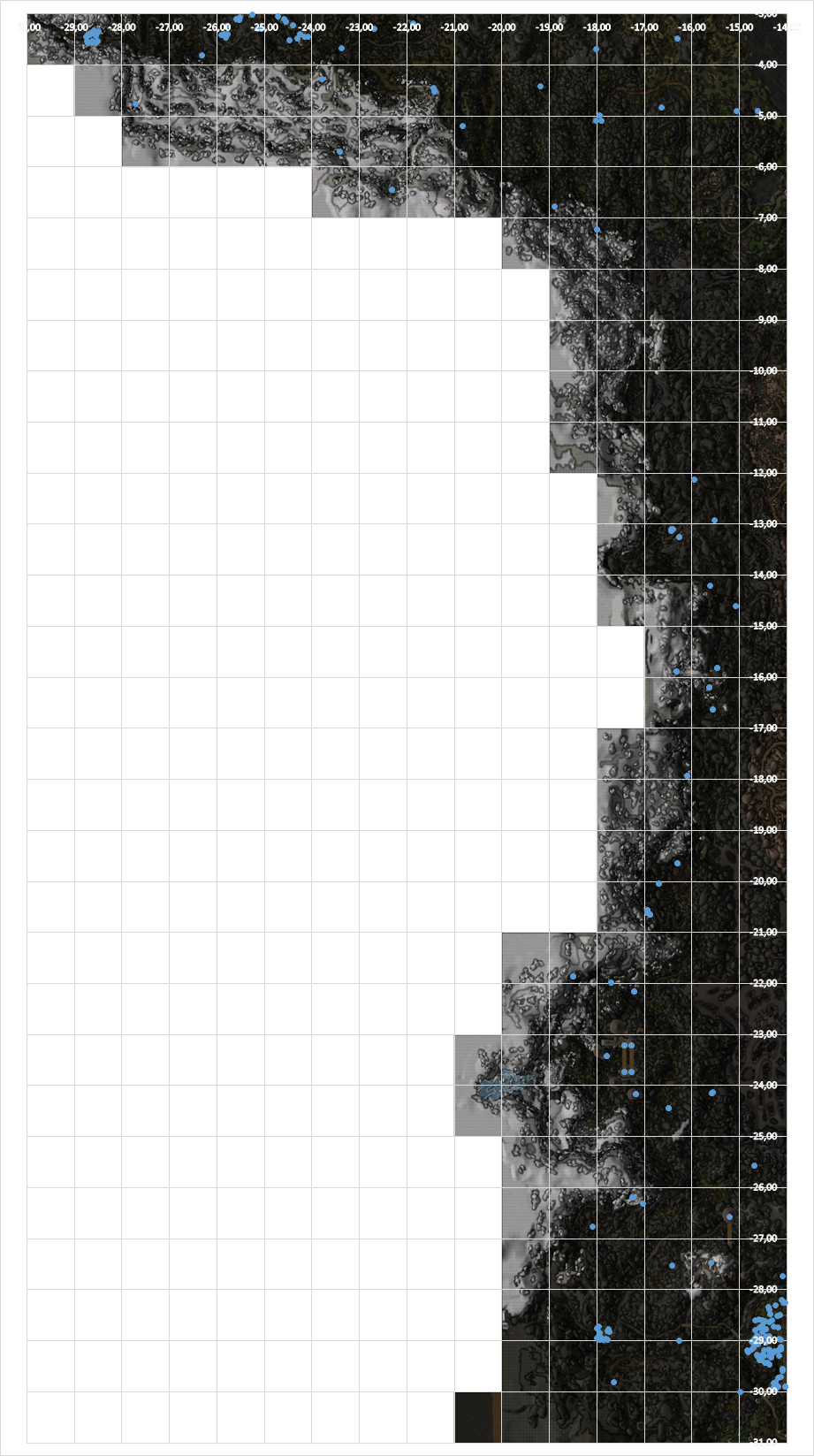 2.3 Guidelines for the appearances of the interior (tileset, assets to use/avoid)?

Caves should have some steam vents. Random Dwemer bits can poke out of the sides of caves, to show that this was once the Dwemer's core territory.

Ancestral tombs should be Redoran.

Orc and Goblin caves can use ShotN assets where necessary.

Troll caves should quite some bones and mucus.

2.4 Brainstorm/start a thread on the forums for “blurbs” for the interiors

This shall proceed at a later time.